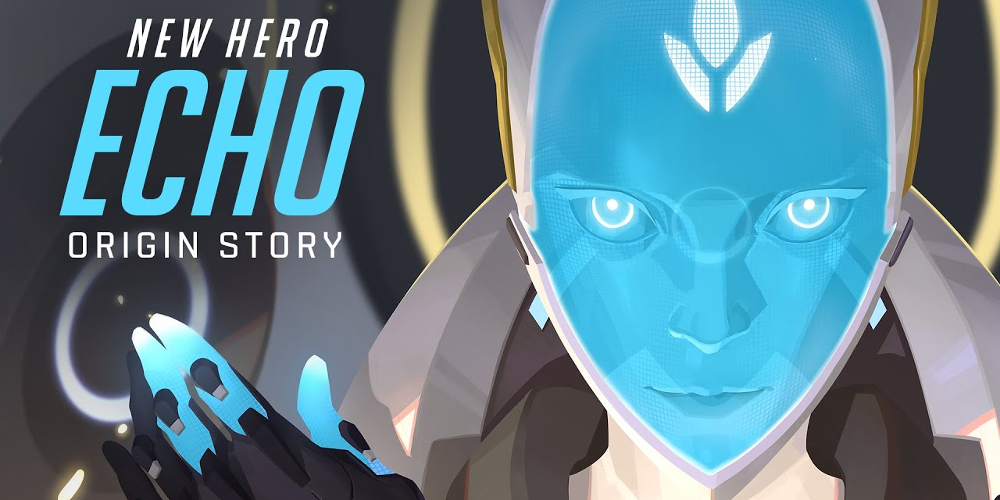 Echo is now the 32nd hero to be introduced to Overwatch. (Photo courtesy Blizzard)

Overwatch’s newest Hero Echo has had her origin story revealed today in a new video from Blizzard. After teasing the arrival of Echo all week long, she’s finally arrived.

The “evolutionary robot” was programmed with a rapidly adapting artificial intelligence. She was created to be what the omnics were originally meant to be, and was built by the very same person who developed Omnic technology in the first place.

Her creator, Dr. Mina Liao, was recruited by Overwatch to attempt to combat the Omnic Crisis, but it appears it all went wrong when Overwatch fell, or another unknown event befell the inventor.

That event was teased earlier this week when you can hear Dr. Liao shouting for everyone to “stay down!” and glass shattering. This led some to believe that Echo had betrayed Overwatch in some way or gone rogue, but that doesn’t appear to be the case.

Echo gets her name from her creators wish for the robot to be Dr. Liao’s echo upon the world.

Echo was originally inside the payload in Route 66 but was removed during the Reunion animated short, which served to introduce Ashe at Blizzcon 2018. She was being transported from Hurlburt Field to Davis-Monthan Airforce Base, according to the game’s lore. She was given the news of Winston’s recall of Overwatch at the end of the short, as McCree departed off on his hoverbike to take care of his own business.

Echo is Overwatch’s 32nd hero following the release of Sigma on August 13th, 2019. She is expected to be the last hero released before Overwatch 2’s debut, which will include Sojourn as the game’s 33rd hero. Speculation currently has Echo debuting on the PTR on March 23rd.