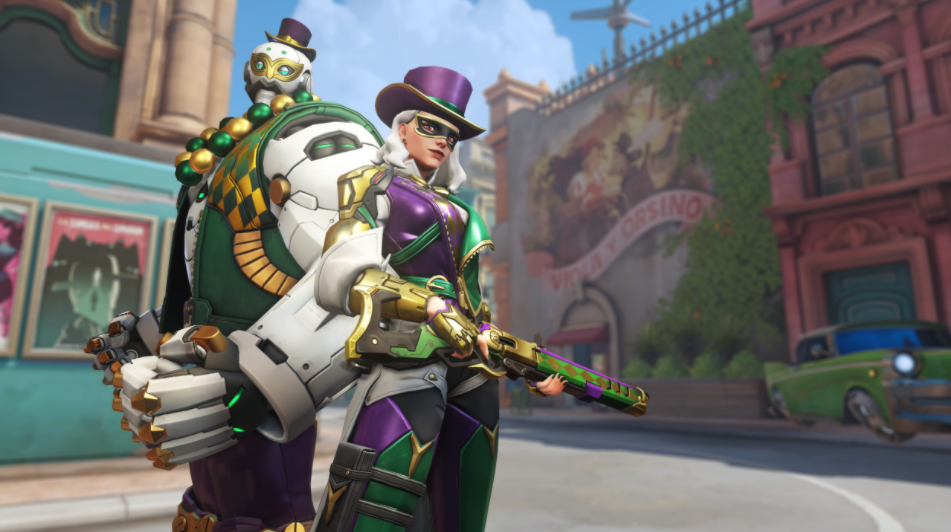 Overwatch received a brand new patch on Tuesday, containing a significant number of nerfs to DPS heroes. The patch appears to be designed to reduce the impact of hitscan heroes in the game and generally make 250 health characters more difficult to kill. The patch also contains the final version of the long awaited and debated Moira rework.

“In an environment with less pervasive barriers, some Damage heroes have become increasingly lethal,” Overwatch developers explained in the patch notes. “As such, we’re now looking to reduce damage outputs accordingly. As a cascading effect, this also introduces a need to reduce healing outputs for some Support heroes, as there’s less damage being dealt overall.”

Although this patch is live on the retail servers right now, the playoffs will be played on the August 18th patch which nerfed barrier heroes like Orisa, Sigma, and Brigitte.

Beam damage reduction against armor was increased from 20% to 30%. This means that beam damage will be worse while initiating fights against tanks and some DPS heroes in Overwatch. This change impacted Symmetra, Zarya, and Echo, but Zarya spends the most time initiating fights with tanks, so consider this primarily a nerf to her.

Ashe received two minor nerfs in Tuesday’s patch. Firstly, she saw her max ammo reduced from 15 to 12. This should decrease her overall damage output, since she will have to reload more often and Ashe has one of the longest reloads in the game already. The developers also reduced her aim-down sights damage from 85 to 80. Post patch, it will take Ashe four bullets instead of three bullets to kill a Mei or any other 250 health characters. 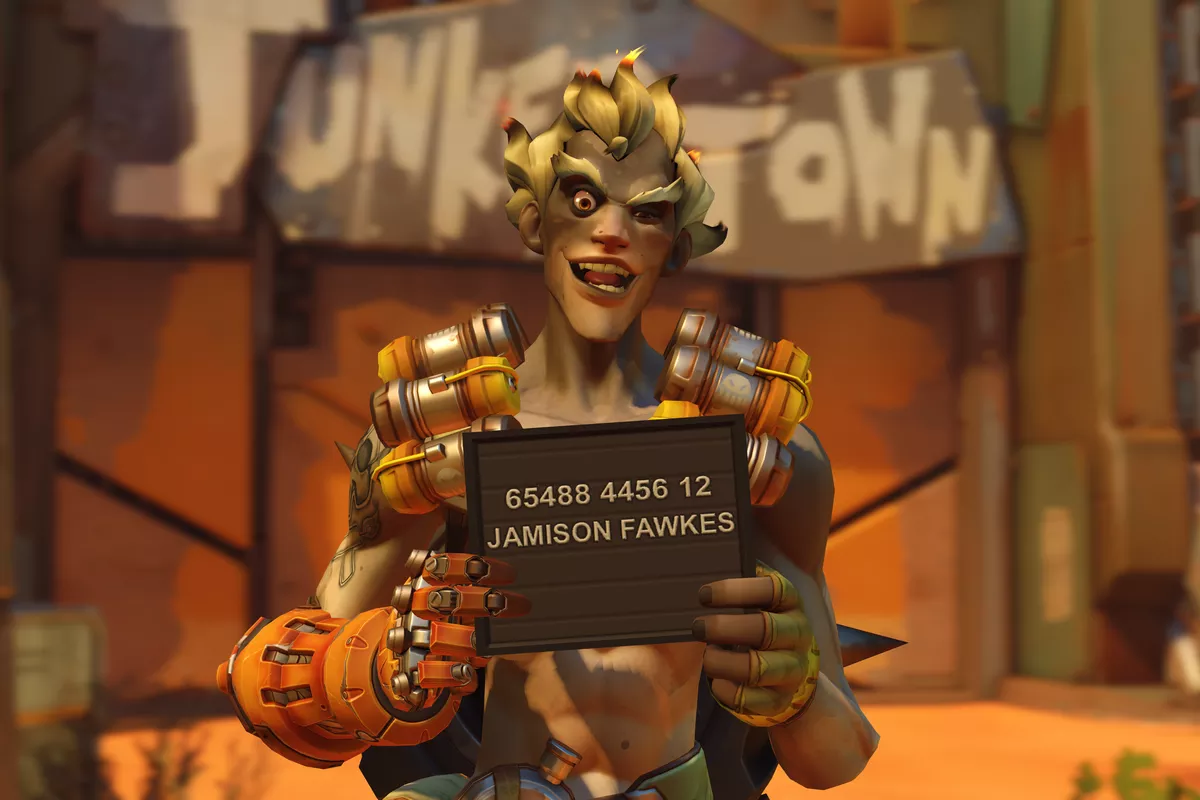 Junkrats frag launcher had its impact damage reduced from 50 to 40. The small nerf does not significantly impact his gameplay and is barely noticeable, since the total damage of a direct hit is still 120 damage. The biggest difference is that, much like Ashe, it will take three direct hits to kill a 250 health character instead of two direct hits.

The recovery time between McCree’s primary fire shots was increased from .42 to .50 seconds. This means that McCree will shoot just slow enough to throw everyone’s muscle memory out of whack, but not so slow that it makes a big impact on his ability to deal damage. This change is more of an annoyance to McCree mains than a significant alteration to the hero’s impact on the Overwatch battlefield.

Pharah’s recovery time between rockets was increasing from .75 to .85 seconds, so she will fire rockets slower by a very small margin. This change had no large observable effect on her battlefield effectiveness.

After receiving a buff to her primary fire in the previous patch, Symmetra received a small nerf to her secondary fire. Her Photon Project secondary fire max damage was reduced from 140 to 120, which will prevent her from two shotting 250 health characters, but other than that the change didn’t have a big impact on how the hero is played in Overwatch or how effective she is. 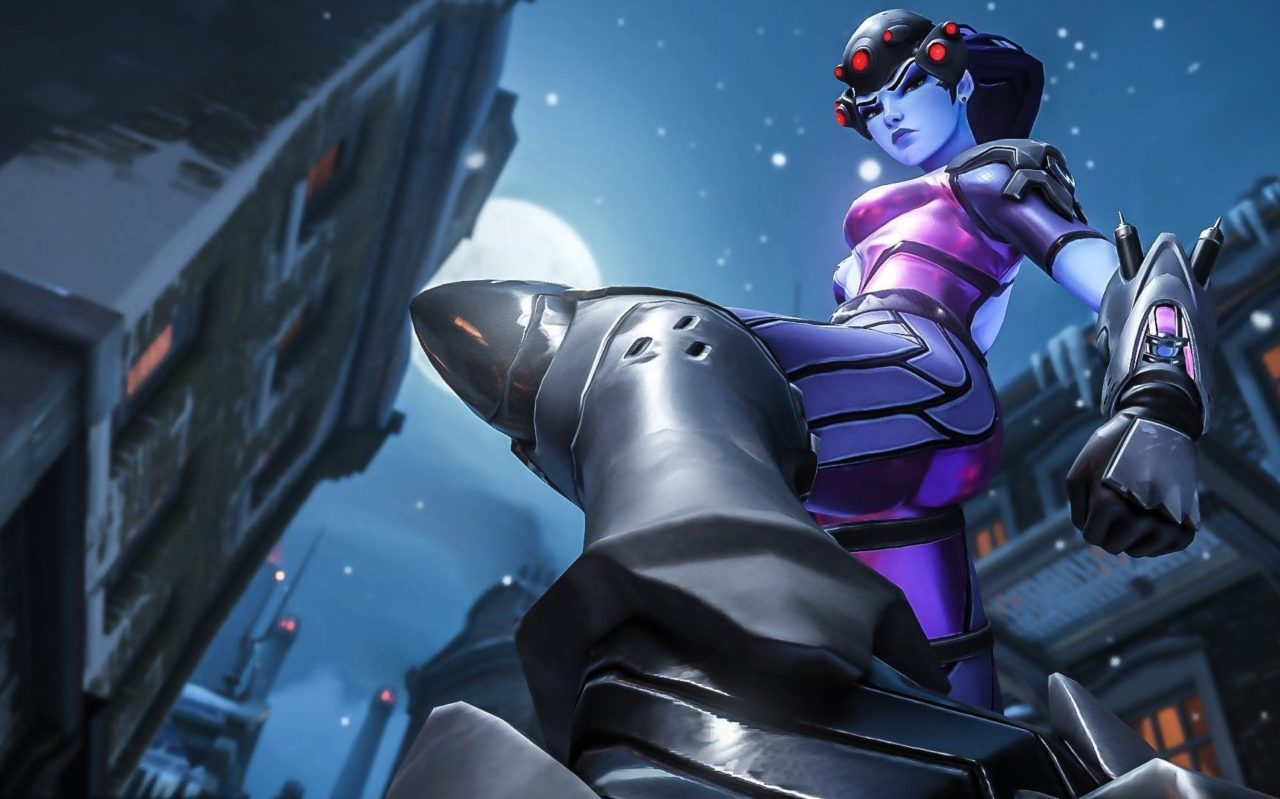 Widowmaker had her max ammo increased from 30 to 35. However, her scoped ammo cost was increased from 3 to 5. So functionally, before the patch she could fire ten scoped shots before reloading, now she can only fire seven, so the ammo increase is actually an ammo decrease. The reduction in ammo is part of a concerted effort by the developers to reduce the ammo count of snipers across the board.

Overwatch developers also added an up to 50% damage fall off between 60 and 85 meters. A fully charged Widowmaker headshot deals 300 damage. If a 50% damage fall off was applied, then outside of 85 meters she would deal 150 damage, which would only one shot a Tracer. This change will encourage Widowmakers to move up close to the fight, since they will deal their fullest damage within 60 meters. The change might also alter how a Widowmaker goes about managing their scope charge, based on how far away an opponent is. Overall, these changes should increase Widowmaker’s skill ceiling.

Ana received a minor nerf which reduced her amo capacity from 14 to 12. This is only a slight change and shouldn’t impact her too much, though it will make it slightly harder to do sustained healing on a target during a team fight. This change appears to be part of an attempt to reduce the overall ammo for snipers across the board, since this patch also featured the Widow and Ashe ammo nerfs as well. 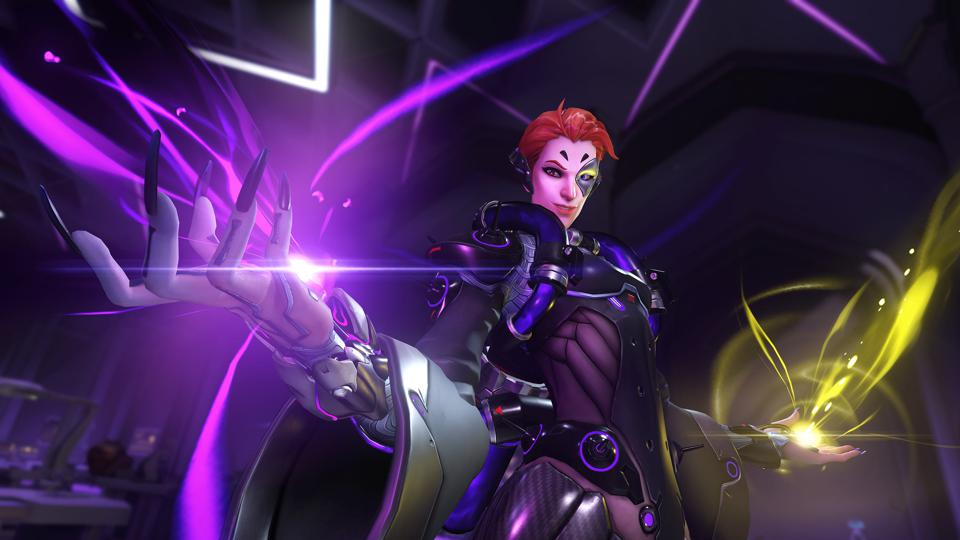 After several failed tests on the Experimental card, the developers finally settled on a final rework for Moira. Her primary fire lingering heal was reduced from 4 seconds to 2 seconds, which functionally reduced the total lingering heal from 65 health to 35 health. Her healing per second was increased from 65 to 70, but her health ammo consumption was increased by 27%. So she will heal faster but she will also burn through her healing ability faster too.

The developers also adjusted her secondary damage fire. They reduced the attach angle of her vampiric grasp by 37%, making it significantly more difficult to stay long onto a target. Before the patch it was relatively easy to stay locked on an opponent in range, with the changes Moira players actually have to aim and track targets with some precision. To help balance out the higher difficulty, the healthing resource gain rate from her damage was increased by 50%, so it isn’t significantly harder to keep your healing ammo topped off.

This rework left Moira slightly harder to play, but not significantly better or worse, which seemed to be the developers’ goal.

Baptiste received multiple balance changes in the patch. His healing grenade ammo was reduced from 12 to 10 and his regenerative burst total healing for allies was reduced from 150 to 75. The developers also adjusted his self-heal for the regenerative burst, making it twice as much as the ally healing. So on the bright side for Bap mains, his self-heal will remain at 150 self-healing.

Zarya saw a single minor change, with her secondary fire ammo cost increasing from 20 to 25. This means Zarya can now fire four particle grenades on a reload rather than the previous five. This change did not make a significant change to Zarya’s impact. 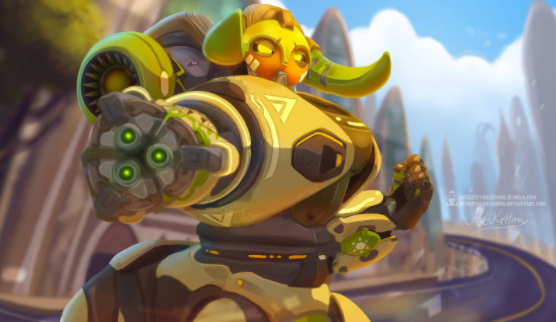 Orisa recently saw some major changes in the playoff patch a couple of weeks ago. Among those changes was a reduction of her halt radius from 6 to 4 meters. In Tuesday’s patch, the developers gave her a little bit of range back, increasing it back to 5 meters. Additionally, the developers reduced her projectile speed from 30 to 25, which is just enough to mess with people’s muscle memory, but not enough to significantly reduce her impact in team fights once you get the hang of it. Fans of Orisa will adjust to the projectile speed changes with relative ease.