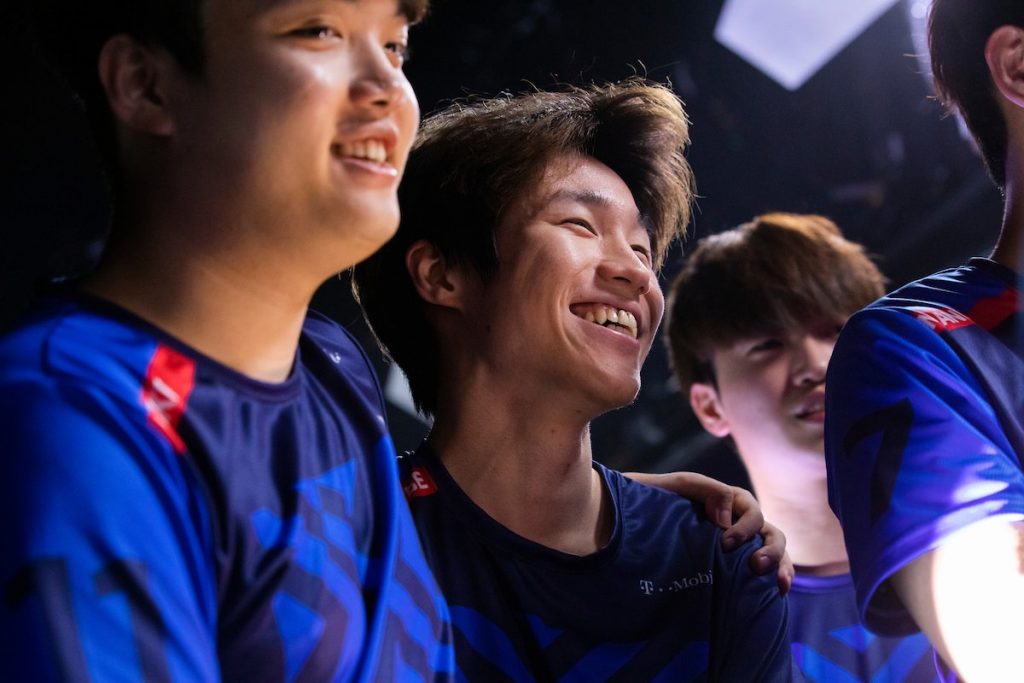 The NYXL continued their domination of the Overwatch League to start the second season, finishing Stage One with a perfect 7-0 record. (photo courtesy of the NYXL)

If their inaugural season was any indication of how the New York Excelsior would perform this season, it should come to surprise that the NYXL now sit atop of the league’s standing. NYXL had an incredible first season and their last matchup against the San Francisco Shock left a lasting impression on the fans and Overwatch community. They close out Stage One with an indomitable 7-0. This record sits in direct competition to the Vancouver Titans who have one matchup left and currently sit with a spotless record of 6-0. The Titans will need to beat the Guangzhou Charge with a score of 4-0 if they want to usurp the NYXL and step out of their shadow.

The Los Angeles Valiant, unfortunately, but expectedly, lost their final two matchups against both the Philadelphia Fusion and the Houston Outlaws. They closed out the Stage with the worst record in the stage 0-7 narrowly beating out the Shanghai Dragon’s Inaugural Season Stage One record but only because this season teams are only playing seven matches, not. The Valiant will have to regroup, re-strategize and come into Stage Two with clear minds, and a way to deal with the GOATS meta, if they want to see success in the second stage.

I’ll be the first to admit that I didn’t see the Shanghai Dragons beating the Season One Champions the London Spitfire. While Shanghai has really improved their gameplay, strategy and team cohesion, the London Spitfire are a good team. The Dragons finished Stage One with a reputable 3-4 record and currently sit 15th in the League. I think it’s safe to say that the Dragons are slowly becoming the team the fans knew they could become – a serious contender in the Overwatch League.

Boston Uprising beat the Florida Mayhem with literally the ONLY score that could set themselves up for Playoffs. Boston started the match off with an impeccable 2-0 on Busan giving the fans flashbacks of their performance in the inaugural season. NoTe is still on fire and has demonstrated yet again why he is one of the best D.Va’s in the league. If you need more proof, here’s an amazing self-destruct that he pulled off on Dorado.

Match Ups to Watch for in Week 5

We mentioned it before but Boston’s match against the Dallas Fuel will be an all-or-nothing match. If Boston can secure this win, they’ll be heading to the Stage One Playoffs. Look for all-out pushes from Uprising, NoTe on D.Va, and some great synergy between the players.

The match between the Vancouver Titans and the Guangzhou Charge is going to be heated for both teams. The Titans will be looking to beat out NYXL’s record and potentially steal that top position on the leaderboard. They have secured themselves a ticket to the Playoffs so their fight will be about who is the better team – them or NYXL. Guangzhou sits precariously on the line between making it to the Playoffs or not. A loss could potentially mean they will be missing out on the Stage One Playoffs.

As it stands we have four expansion teams in the top eight of the Overwatch League (Vancouver Titans, Toronto Defiant, Atlanta Reign, and Guangzhou Charge) and four inaugural season teams (NYXL, Philadelphia Fusion, Dallas Fuel, and San Francisco Shock). Check out the matches this Saturday and Sunday to see if these eight teams will be heading to the Playoffs!