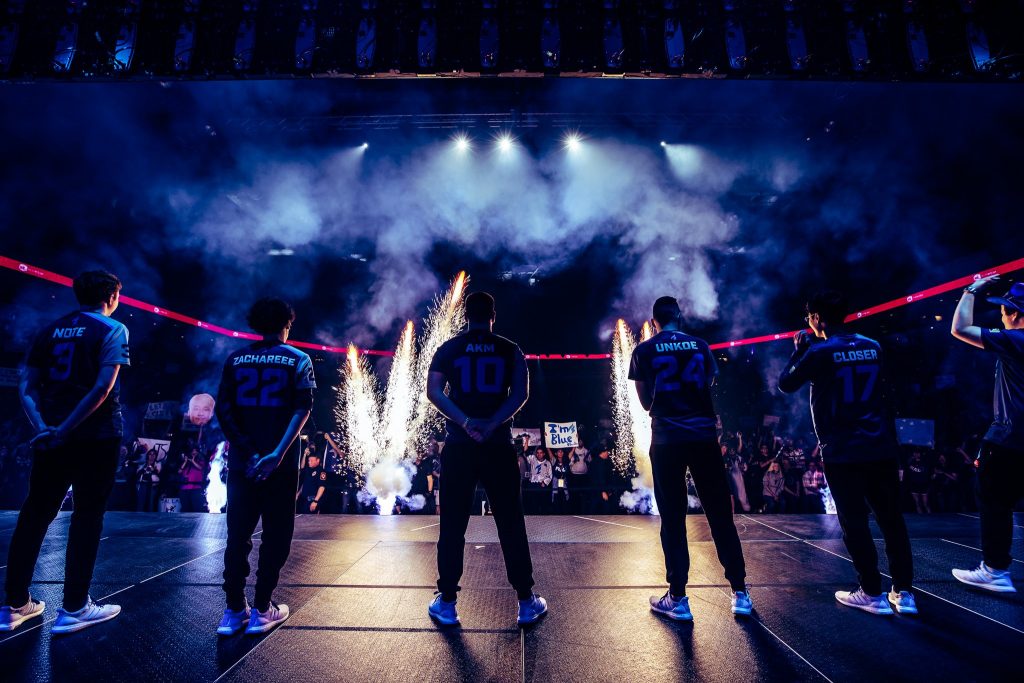 This weekend was the first ever Homestand Weekend and what a weekend it was! The Dallas Fuel Homestand stumbled started off well with an enthusiastic crowd, an eager panel, and hundreds of thousands of fans watching from around the world. What went from an exciting start quickly turned to chaos as the Allen Event Centre lost power eleven minutes into the broadcast. Fans patiently waited for the power to come on but their patience quickly faded as they sat in darkness for almost an hour. With clear blue skies and no apparent reason for the neighborhood power outage, there is obviously only one culprit—Sombra.

I blame this bish. #OverwatchLeague pic.twitter.com/tK8yUuG8Nr

There were some clear winners and standout moments from the weekend of Overwatch. To stick to the Texas theme of the first Homestand, we’re going to break it down by talking about the good, the bad and the ugly.

There’s definitely something to be said about playing on home turf. If there was any doubt in the power of a crowd of supportive fans, the Dallas Fuel fans proved all naysayers wrong. This weekend, Dallas won both of their matches, first against the Valiant and then, they won the Battle of Texas against the Houston Outlaws. Their undefeated weekend was ultimately what they needed as they clinched their Stage 2 Playoff dreams and showed the Outlaws who truly rules Texas. It was incredible to see how supportive their fans in Texas truly are, and it set a high standard for the Atlanta Homestand weekend coming up in Stage 3. Dallas is definitely a team that performs better with a little bit of support and confidence building from their fans.

THIS GAME IS INSANE.

The Hangzhou Spark also really proved their worth this weekend and won both games against the Chengdu Hunters and the London Spitfire. The Spark has truly become a wild card team and teams are struggling to prepare against this unpredictable team. They had some of the oddest team compositions this weekend, but hey—it worked. The Spark have also stepped up their game when it comes to preparing for their opponents as their match against Paris Eternal clearly demonstrated that they understood how the Eternal play. The Spark knew that putting constant pressure on Roni “Cloudy” Tiihonenwould wreak havoc on Eternal’s stability. From Cloudy’s performance, you might assume that he just played poorly, but the Spark were able to isolate him from his team or take out his support system.

Don't count the @Hangzhou_Spark out of this just yet!

The Spark are not at the top of their game quite yet, but they have definitely grown from their season debut in February. They sit in an uncomfortable spot seven for the Playoffs, and they have not secured their Playoff spot yet. Let’s hope they can continue this dominance against Seoul on Sunday.

Also, this exchange between Terence “SoOn” Tarlier and Xu “guxue” Qiulin was probably the best part of my weekend week.

After a close game, we have a jersey exchange between @SoOn99 and @Guxue5! #FiatLux #OWl2019 pic.twitter.com/Mat56dno6J

The Paris Eternal are really struggling and this past weekend proves there is just something integral missing. It’s unclear if communication or team strategy or even team synergy is the problem. Against the London Spitfire, the Eternal got 0-4’d even with the multiple timeouts caused by the power outage. Paris tried their best against the reigning champions, but I really feel they still don’t have a good handle on this shifting meta. They’ll really need to start closing examining how they are playing and perhaps figuring out better hero lineups that work for their players and their strategies.

The @Spitfire take Kings Row & win the series, but you know they've got their sights on a 4-0. GET IN HERE!https://t.co/U6dIipgQGs pic.twitter.com/dMNXIA0iFF

The LA Valiant’s loss against the Seoul Dynasty was especially disappointing after Saturday’s devastating loss to the Dallas Fuel. The Valiant have some of the most dedicated fans in the entire Overwatch League, but it’ll take more than fan encouragement to fix the fundamental mistakes that this team keeps making. Each player has the individual raw talent and skill that it takes to be a competitive player. However, somehow they are not able to coordinate or communicate with one properly another. Whether it’s poorly timed ults or just executing different strategies at the same time, the Valiant haven’t been able to win matches. This loss is their 11th this season, and they will need to figure out a way to communicate better and find success.

This weekend was full of cowboy hats, a “Fuel’d” arena full of fans and some really great Overwatch. It was great to see teams embrace the Texan culture and create some innovative content with the Overwatch League. It’s also a great insight into what we should expect next year’s Overwatch League to be like.

We’ve got one week left of the Overwatch League before the Playoffs. it’ll be a tight race for the Dallas Fuel, the Hangzhou Spark and the Seoul Dynasty as they try to hold their positions so they can head to the Stage 2 Playoffs.