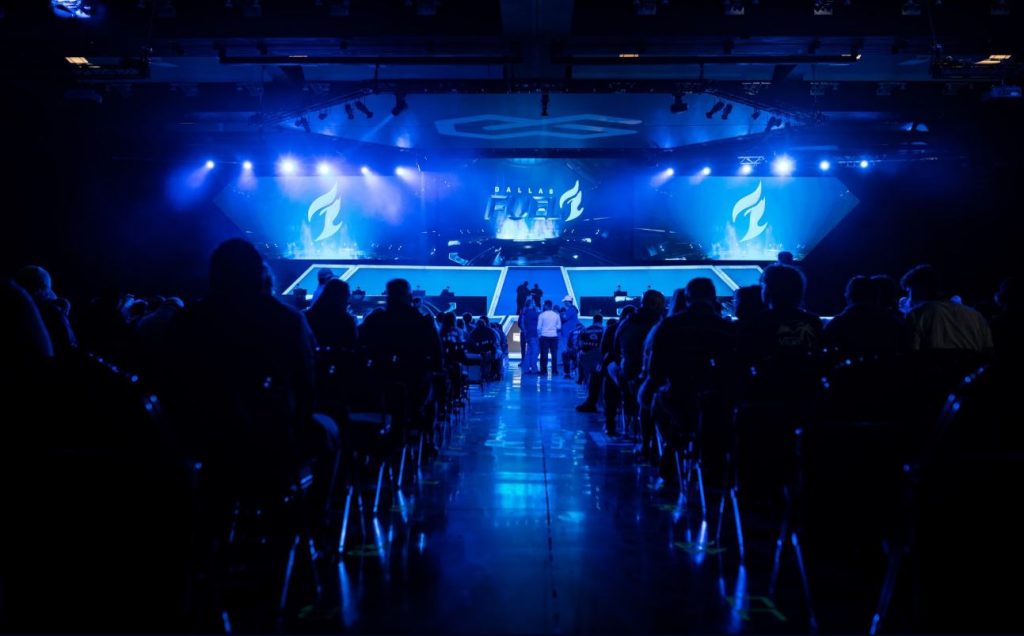 Arlington, Texas was one of two homestand series' in the debut of the third Overwatch League season. (Photo courtesy Mike Rugail - Team Envy)

The Overwatch League officially returned last weekend and fans saw the launch of homestand games – something promised since the beginning of the league in 2018. Eight teams went head to head in two different cities with intense matches and a glimpse of what’s to come in the 2020 season.

Toronto Defiant and Paris Eternal kicked off the Overwatch League opening weekend with an intense match-up live from the Hammerstein Ballroom in New York, New York. Paris Eternal came out strong and secured a quick 2-0 victory on Lijiang Tower. Eternal won the first round quickly and did not allow Toronto to earn a single point. Toronto Defiant woke up in the second round but were still defeated. Player Jeong “Xzi” Ki-hyo pop made his debut with Paris Eternal and helped dominate Defiant in the first match.

Toronto subbed in Surefour for Logix who helped turn the tide in Defiant’s favor. Surefour was able to secure important picks that allowed Toronto to achieve a map completion. Paris was also able to achieve a map completion a few seconds shorter than Toronto’s time which made the match go into overtime. Toronto was able to completely stop Paris’ attack and win in overtime by securing their own attack.

Defiant til the end, and it pays off!

The second match of the day saw New York Excelsior go against the brand new London Spitfire roster. New York Excelsior are considered one of the best teams in the league and were predicted to defeat London with little issue. The Spitfire proved they are not a team to ignore and immediately secured a 2-0 victory on Lijiang Tower.

On the second map, King’s Row, London were able to make it all the way to point C where Excelsior held them off. Excelsior was able to complete the map on their attack, but London only gave up the final point after Overtime began.

New York was able to complete the map with little issue on Horizon Lunar Colony. London Spitfire did not have as much success and were stopped at point B. London had a similar issue on the final map Junkertown where New York also held them at point B. New York completed the map on their attack and won the series.

The second match took place on King’s Row where the Titans prevented the Gladiators from finishing the map. The Gladiators were unable to do the same and the Titans won the map 3-2. The Titans continued their hot streak by achieving a quick victory on Hanamura.

The Gladiators managed to take the series to game five by winning an overtime on point B on Dorado.

😱 No gates can keep out the grim reaper! 😱@Birdring leads the Gladiators to Map 5! #ShieldsUp #OWL2020 pic.twitter.com/MJ0hdtq5Z9

The Titans finally secured the series victory with a 2-0 win on Lijiang Tower.

Los Angeles Valiant lost most of their previous roster in the offseason and were a wildcard coming into the 2020 season. Dallas Fuel had a very tough previous season but brought in new talent that unfortunately was not enough to secure a series win. Dallas Fuel won the first match in the series on Lijiang Tower by securing the last two rounds.

Los Angeles Valiant quickly won the next match on Blizzard World but did face some resistance on Lunar Colony. Dallas Fuel was able to secure three points but Valiant ultimately won the map. Dallas went on to when the final map Junkertown and won the series.

The opening weekend continued to be rough for the London Spitfire who could not secure a single map win against Paris Eternal. Eternal swiftly defeated London on Nepal, but London did put up a fight on King’s Row. The London Spitfire were able to secure three points but were ultimately defeated by Paris.

Paris went on to win the third and final map Hanamura with a 2-1 victory.

Boston Uprising were the in lost place in our preseason power rankings and could not compete against the New York powerhouse. New York achieved a 2-0 win on Oasis and a 2-1 win on Blizzard World. Boston made one last attempt to take the series to game four but fell short on Temple of Anubis where New York won the series with a 2-3 map victory.

NYC's got a lot to be proud of this weekend! 🗽#EverUpward #OWL2020 pic.twitter.com/XKilAeMmkm

Both teams won their first matches on Saturday and were looking to continue their streak on day two. The Vancouver Titans came out strong with a 2-0 win on Lijiang Tower but faced heavy resistance from Valiant on map two.

On Blizzard World Valiant were able to pull of a few clutches to hold the Titans but fell short. The Titans won the map 5-4 and closed out the series 3-0 on the final map Temple of Anubis.

The final map of the series saw the season debut of the San Francisco Shock who are considered to be the best team in the league. Dallas had a second opportunity to secure a win during the opening weekend but were unable to stop the dominate team. San Francisco started the series off with two quick victories on Oasis and Eichenwalde but were stopped in the third match.

Dallas was able to pull off a 1-0 win on Horizon Lunar Colony and stopped San Francisco in their tracks. The success would not last long however as San Francisco won the fourth and final map and secured a series victory.

But @DallasFuel put up a fight more than worthy of hometown pride. 🌵#ShockTheWorld #OWL2020 pic.twitter.com/IxOg02ZKzg

The first weekend of the Overwatch League was exciting and showed what teams have the potential to dominate the season. Fans will have to wait and see if their favorite teams can bounce back from defeat or continue to destroy the competition.