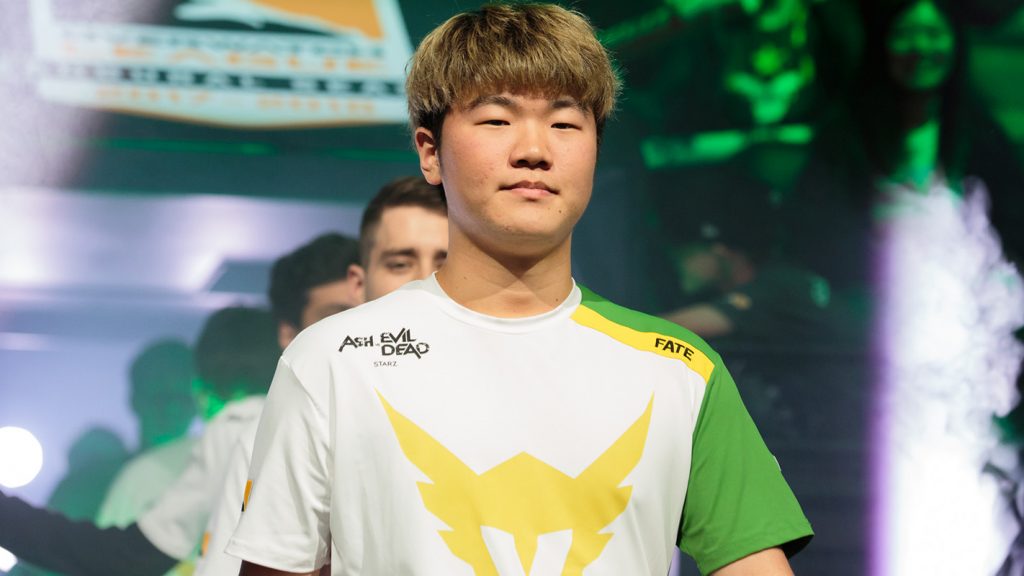 The Valiant made a big move by trading away franchise stalwart Fate to the Florida Mayhem.

The Overwatch League season is already reached its halfway mark. That doesn’t mean that teams are happy with their rosters, as OWL teams are still making moves to try and solidify a place in the overall playoffs at the end of the season.

The Florida Mayhem complete transition to an all-Korean roster is complete after they released their DPS player Kevyn “TviQ” Lindstrom. TviQ has been a long-time competitive player in the Overwatch League and has been a staple in the scene since he first started playing for Rogue in 2016.

The Florida Mayhem have been slowly transitioning their previous roster to a fully Korean one for a while so TviQ’s release isn’t a surprise. TviQ tweeted that he had been “Scott tester’d” in his announcement of his departure from the Mayhem. This is in reference to Scott “BEARHANDS” Tester, the Mayhem’s Assistant General Manager, who had been the driving force behind the all-Korean roster.

TviQ will be taking a break before considering any opportunity with another team. We look forward to seeing TviQ’s dominating DPS plays in the future.

The last member of the Florida Mayhem to depart is Kim “SNT” Sung-hoon. SNT joined Mayhem in the inaugural season of the OWL and transition to a coaching position just before the start of the second season. After his transition, he still remained on the team’s roster as one of their substitute players.

SNT’s decision to leave the Mayhem was made after realizing the direction the Mayhem didn’t reflect his own. This diversion was the ultimate reason he left the team. SNT has decided to use his three years of experience as a player to use that as his “background to walk the path of a coach.”

With the Florida Mayhem moving to a fully Korean roster, the writing was on the wall for Damon “Apply” Conti. The American player was released from the Mayhem less than three weeks after a massive trade for Pan Seung “Fate” Koo.

From your contributions to Mayhem Academy to your time on the main roster, you showed Mayhem fans everywhere what hard work and dedication looks like. You will always be a part of the Mayhem family, and we wish you nothing but the best. Thank you and Good luck @Apply! pic.twitter.com/GrFclI3U0u

Apply was one of many DPS players who just could not find a groove this season. Apply played a decent amount of Brigette for the Mayhem but was below the league average in almost every aspect of the role. There is no doubt that the 18-year old has skill and, in the right role, could make a big impact for a team. However, the Mayhem’s transition to a fully Korean lineup and their announcement that they were stepping away from Contenders, gave the team little reason to keep Apply around.

Joon-seong “Asher” Choi announced his retirement from competitive Overwatch on May 29. The Toronto Defiant DPS player did not specifically say what is next for him but, in a video posted to the team’s twitter account, said “Today is [a] sad day but also a happy day because my time as an Overwatch player ends. But it is also the start of something new.”

Today we sadly announce the retirement of Joon-seong "Asher" Choi.

Thank you @asher_ow for being a leader and guiding our team with your knowledge and experience. We wish you the best with what you pursue next.#ThankYouAsher | #RiseTogether pic.twitter.com/BhDTIMB7Dq

Asher struggled to find playing time with the Defiant in a meta that did not cater to his playstyle. The Korean player only saw the Overwatch League stage for less than 25 minutes. The retirement leaves the Defiant short on DPS players with only Seung-hyun “Ivy” Lee and Jin-ui “im37” Hong on the roster as dedicated DPS players. Newly called up Daniel “Gods” Graeser can flex onto some DPS heroes but is better suited to tank.

The Toronto Defiant bolstered their tank core by calling up Daniel “Gods” Graeser and Normunds “sharyk” Faterins from the Montreal Rebellion. The Rebellion struggled to find their footing in their first season in Contenders until the late addition of Gods and sharyk helped them stabilize and make the playoffs.

Welcome to the @overwatchleague, where heroes become legends, and legends become gods.

Please give a warm welcome to our new tank duo, @gods_live and @sharykOW! Congratulations on graduating from @MTLRebellion!#RiseTogether | #OWL2019 pic.twitter.com/EpAbFvWJRP

What exactly this call up means, is uncertain. The Defiant roster is comprised entirely of Korean players and calling up two English speaking players seems like an odd choice. That being said, tank depth is something the Defiant desperately need on their roster with only two true tank players signed to the team. It will be interesting to see just how smoothly Gods and sharyk can assimilate into the roster or if they end up becoming trade bait in the upcoming weeks.

The Florida Mayhem bolstered their support line by signing Seong-ju “Byrem” Lee. Byrem most recently played for NRG in the Contenders Series, however, NRG decided to no longer field an Overwatch team less than a week before this signing.

Adding some NRG to our back line!

Please join us in welcoming @byrem2 to the Mayhem. pic.twitter.com/QVBR0ibL51

Bringing in Byrem continues the Mayhem’s retooling to a complete Korean roster. Communication has been one of the key factors to the Mayhem’s struggles throughout their franchise existence, as the team has had players from various parts of the world who did not speak the same language. With the addition of Byrem and the trade for Fate, the Mayhem are hoping that communications, and wins, will increase.

After a terrible start to the second season, both the Los Angeles Valiant and Florida Mayhem decided to mix up their rosters. The Valiant sent tank player Pan Seung “Fate” Koo to the Mayhem in exchange for Caleb “McGravy” McGarvey and Johannes “shax” Nielson and Russell “FCTFCTN” Campbell.

We've got some big news 7s! Give a huge #VALLA welcome to the newest members of our roster ➡️ @FCTFCTN , @McGravy , and @ShaxOW
We are lucky to have you, welcome home. Stage 3 here we come! pic.twitter.com/N2FpEJdykd

Fate had been with the Valiant since their inception ahead of the inaugural season of the Overwatch League. Fate has been solid yet underwhelming this season ranking in the middle-of-the-pack in terms of most statistics for Reinhardt and Winston play. However, Fate should be a massive upgrade over Sangwon “Swon” Yoon for the Mayhem.

FCTFCTN is likely to fill the main tank void left on the Valiant after trading Fate. FCTFCTN was playing on the Mayhem Academy before being acquired from the Mayhem but also spent time with the Houston Outlaws last season. The addition of McGravy is an interesting one, as the off-tank has mainly played D.Va this season for the Mayhem but will unlikely supplant Indy “Space” Halpern in that role for LA. Shax seems like more of a depth piece in the trade, as the Valiant already have plenty of DPS players on their roster.

Trill Called Up To Dallas Fuel

The Dallas Fuel have called up Ashley “Trill” Powell from Team Envy ahead of Stage 3. Trill has long been one of the best tank players to come from the Australian scene, competing for Team Australia twice in the World Cup and for the powerhouse Sydney Drop Bears before joining the Fuel’s organization.

We’re thrilled to welcome @Trill_ow to the Fuel roster!

Trill comes from the undefeated @Envy Overwatch Contenders team. He will be joining us between Stage 2 and 3. Give him a follow!

It will be interesting to see how Trill fits into the lineup once he gets acclimated to the team—and not playing on 300 ping. Minseok “OGE” Son has been a solid main tank for the Fuel so far this season. However, the Fuel do desperately lack depth on their tank line. Bringing in Trill should at least make the Fuel a deeper team that can offer some different looks against opponents.

Be sure to keep your eyes peeled to this page every day, to see all the up-to-the-minute Overwatch League roster changes.