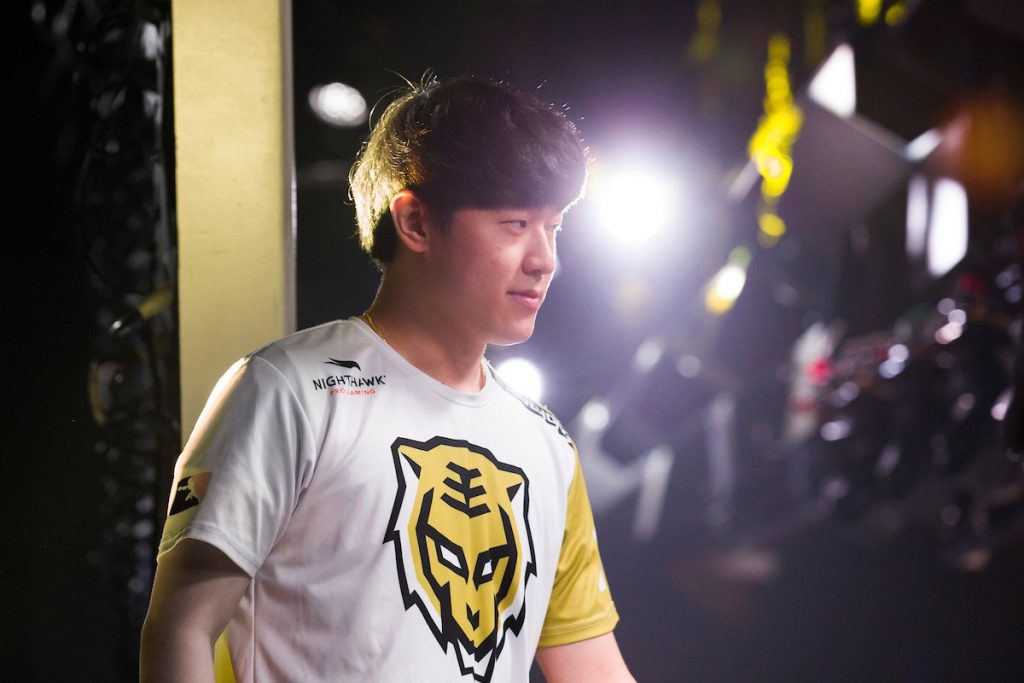 The Seoul Dynasty were eliminated in the lower bracket of the Overwatch League Season 2 Playoffs. (Image via Blizzard)

The Overwatch League Season 2 playoffs are in full swing, and so much has happened already in the first two days of the event. The Vancouver Titans, Los Angeles Gladiators, New York Excelsior and Atlanta Reign have all tasted success in the Quarterfinals, while the Seoul Dynasty, Hangzhou Spark, London Spitfire and San Francisco Shock found their way into the Loser’s Bracket. At the end of day four, the Seoul Dynasty and London Spitfire have seen their playoff run come to an untimely close, while Los Angeles Gladiators and Atlanta Reign have another shot at redemption despite being bumped to the lower bracket.

The Loser’s Bracket kicked off with a matchup between the Seoul Dynasty and the Hangzhou Spark. The eighth-seed Dynasty, who managed to sneak into the playoffs by way of the play-ins, fell short to the destructive power of the fourth-seed Spark. While the Spark’s damage output was heavily bolstered by the Reaper play of Kim “GodsB” Kyeong-bo, the real story of the night was Park “Bazzi” Jun-Ki’s epic Doomfist. The Seoul defense could do little to stop the freight train that was Hangzhou, especially on map five—Lijang Tower, in which the Spark took both points without surrendering a single percentage point to the Dynasty. Ultimately, the Spark prevailed 4-1 against the Dynasty, squashing their playoff hopes in the process.

The second matchup of the lower bracket between the London Spitfire and San Fransisco Shock proved to be more of a one-sided bout. After the Spitfire took the first point on Busan, it looked like they would be able to hold their own against the Shock and League MVP Jay “sinatraa” Won. While Park “Profit” Joon-yeong shone with some excellent Pharah play throughout the majority of map two—Numbani, it was not enough to break a strong Shock team. In a bit of a head-scratcher, San Fransisco subbed out most of their main roster for map four, Watchpoint: Gibraltar, leaving only their healers, Grant “moth” Espe and Minki “Viol2t” Park. Even with the substitutions, the Shock were able to sweep the Spitfire 4-0. London’s loss means the end of the road for the Innaugural Season champs and an extended stay in the lower bracket for the Shock.

In the second match of the Semifinals, the New York Excelsior took on newcomers the Atlanta Reign. New York took an early two-match lead, but Atlanta fought back to put the pressure on, forcing the score to 2-3 going into match six. The Reign came very close to tying it up on Map 2 Rialto, but the excellent defensive Bastion play by Park “Saebyeolbe” Jong-ryeol thwarted three attempts by the Reign to push the payload far enough to secure the map win. The Excelsior were also supported heavily by well-timed Death Blossoms by Saebyeolbe, allowing the team to triumph 4-2 over Atlanta and prolong their trek through the upper bracket. The Atlanta Reign, now forced into the lower bracket to face the Hangzhou Spark, are just one loss away from elimination.

The Overwatch League action continues on September 12 for the second round of the lower bracket. The Atlanta Reign will take on the Hangzhou Spark, while the Los Angeles Gladiators will square off against the San Fransisco Shock. The winners of each matchup will face off against each other in Round 3 of the lower bracket on September 14. The Vancouver Titans will battle the New York Excelsior in a powerhouse Winner’s Final on September 13 to determine which of the two will be heading to the Grand Finals.