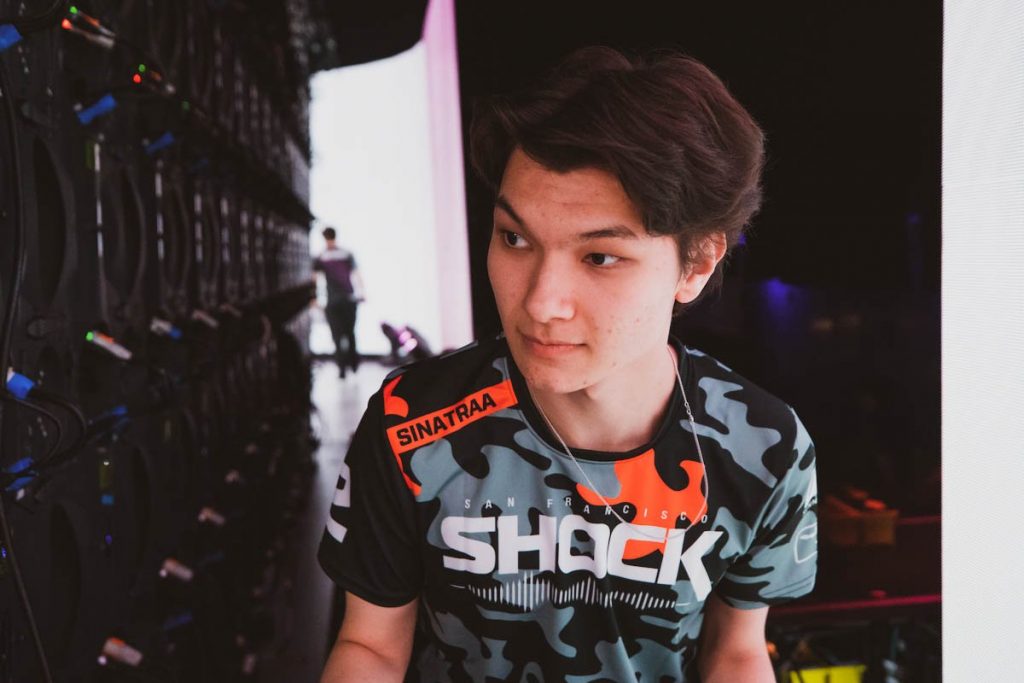 The San Francisco Shock are among the four teams remaining in the Overwatch League Playoff. (Image via Blizzard)

Round two of the Overwatch League post-season lower bracket finished with absolute decisiveness in both of the two matchups. The Atlanta Reign faced off against the Hangzhou Spark in match one, then the Los Angeles Gladiators battled it out against the San Francisco Shock in match two. While both matches were incredibly exciting, each turned out very lopsided, resulting in the Reign and the Gladiators heading home, while the Spark and Shock prepare for an electric matchup on September 14.

The Atlanta Reign may not have been the unanimous favorite heading into the match today but it’s hard to argue with their success this season. The team went undefeated in Stage 4 and looked like a powerhouse heading into the playoffs. After knocking the San Francisco Shock to the lower bracket, the New York Excelsior gave them the same treatment, and they haven’t been the same since.

The Hangzhou Spark, on the other hand, were immediately sent to the lower bracket in their matchup with the Los Angeles Gladiators. It seemed to have the opposite effect on them than the Reign though, as they snagged a comfy victory over the Seoul Dynasty 4-1 to advance to face the Reign.

The Spark took map one, Busan, quickly, but the imbalance between the two teams became immediately apparent during map two. For map two, the Reign chose Numbani due to the team’s stronger record this season. It seemed like a good choice as the Spark strained to take all three points, getting hung up on the last choke. The Reign looked much stronger from the start and were positioned very well after taking Point A with over five minutes left on the clock. Unfortunately, the Reign ran into similar trouble at the last choke, allowing the Spark to stall. If not for the last-second stagger kills by Atlanta tanks Park “Pokpo” Hyun-jun and Blake “Gator” Scott to capture the final point, Hangzhou would have taken Numbani outright.

A strong showing for the @Hangzhou_Spark locks up the win! #OWL2019

In overtime, Hangzhou did the impossible, breaking the Atlanta defense time after time to make a full map push with just a minute in their time bank. The epic push highlighted a lacking Reign defense and an inability to deal with Kyeong-bo “GodsB” Kim’s Bastion. Atlanta moved to the attack with all the cards stacked against them. Despite capturing Point A with an unreal five-player Biotic Grenade from Dusttin “Dogman” Bowerman, the team ran into trouble very quickly, unable to push much farther.

For the rest of the maps, the Reign were plagued by the continuous shutdown of Andrej “babybay” Francisty, who was unable to make an impact with his Death Blossom thanks to the shutdown prowess of Park “Bazzi” Jun-Ki’s Doomfist. The Hangzhou Spark took the day unanimously, defeating the Atlanta Reign 4-0.

The second matchup of the night featured a very determined San Francisco Shock against the Los Angeles Gladiators. Both teams found themselves in the lower bracket by way of a little bad luck. The Shock took an early loss to the Reign despite high expectations for the playoffs, while the Gladiators fell to the red-hot Vancouver Titans in the Semifinals. Both had something to prove, but the stellar play of the Shock won the day.

League MVP Jay “sinatraa” Won made his presence known early, deviating a bit from the meta to pop some well-timed EMPs with Sombra to take Map 1 Busan easily. The Shock would have to fight tooth and nail for each map win after that. Despite a lackluster start, LA came to play, showing off great ult synergy between Chang-hoon “rOar” Gye’s Orisa and Gui-un “Decay” Jang’s Doomfist.

The two teams went back and forth, forcing extra time for each map following Map 2 King’s Row. After the Gladiators went down 0-3, losing Horizon Lunar Colony in yet another nail-biter, both teams made some substitutions to their roster for Rialto. João Pedro “Hydration” Goes Telle from LA, who up until this point had been playing Sigma, stepped into the DPS role, playing Pharah with a pocket Mercy in Benjamin “BigGoose” Isohanni. The duo managed to outplay the Shock’s Dong-jun “Rascal” Kim and Grant “moth” Espe in the same roles during LA’s attack. Despite stellar play from Hydration and BigGoose, the Gladiators could do little to stop the Shock’s attack, which was one of the fastest attack times on the map. In the end, LA simply could not match up against the Shock, getting swept 0-4, putting a devastating end to their playoff run.

The Overwatch League playoff continues through the weekend. The Hangzhou Spark and San Francisco Shock will now face off against each other on September 14, with the winner taking on the loser of the Winner’s Final for the chance to advance to the Grand Finals.