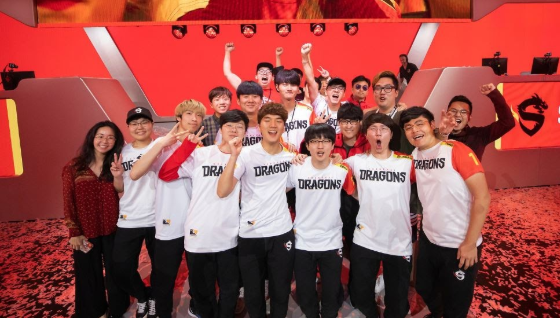 The Overwatch League announced the schedule adjustments for at least the next two months. (Photo courtesy Blizzard)

Last week, the Overwatch League announced that it is moving to an online format until the end of April in response to the COVID-19 pandemic. Sunday’s episode of Watchpoint revealed the first four online matches, set to be played this weekend. Now, the remainder of the online schedule has been made available on the OWL website.

After a week off to shift to the online format, the league returns on Saturday, March 21st. The four matches this weekend will feature the Seoul Dynasty, San Francisco Shock, Los Angeles Valiant, and Los Angeles Gladiators. All of these teams are in the newly formed West Coast group, which also includes the Vancouver Titans and Dallas Fuel.

Starting March 28th, however, the rest of the league will return to action including the first matches for each of the four Chinese franchises. Shanghai, Chengdu, Guangzhou, and Hangzhou will all make their 2020 debuts.

After the initial COVID-19 outbreaks scuttled the scheduled Chinese homestands, teams were left wondering when they would get their chance to take the stage. Fans were clamoring the see their favorite teams in action, and players were getting antsy waiting around.

It looks like we are never going to play… ☹️

After a long wait, they’ll finally get that opportunity. The Charge will take on Shanghai in the first match of the weekend, immediately followed by Chengdu and Hangzhou. These teams will get extremely familiar with each other over the next several weeks. In a modification of the OWL schedule, each Chinese team will play the others at least three times before the midseason break at the end of April. The Dragons and Hunters are slated to meet five times in five weeks.

The Overwatch League has stated that it remains committed to the homestands scheduled for later this year, but no definitive announcement has been made as of yet. For now, though, online play will have to suffice as the league marches forward in uncertain times.

The Seoul Dynasty will face the San Francisco Shock in a kickoff of week seven Saturday at 11:00 a.m. PDT.