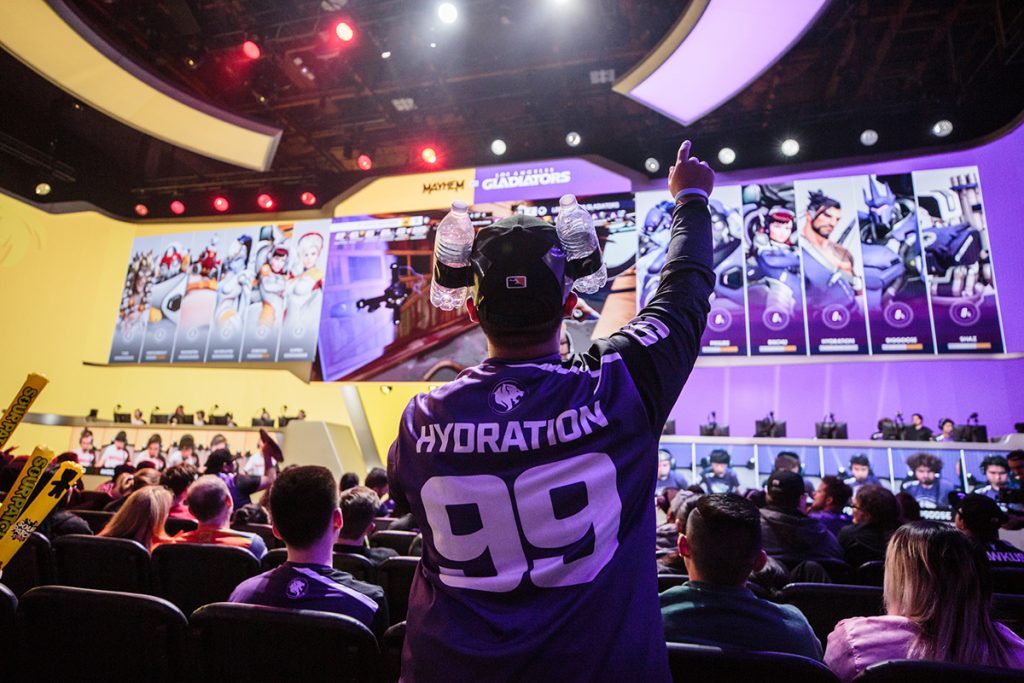 The exhibition matches will take place on the PTR, which means Echo will be available to the players (Photo via Blizzard Entertainment)

Commentators Mitch “Uber” Leslie and Matt “Mr X” Morello will team up to cast tomorrow’s matches. The matches will be held on the PTR, which means they will feature Overwatch’s newest DPS hero Echo. The exhibition matches will be the first time that Echo is played publically in games between OWL teams. Tomorrow’s exhibition games will give Overwatch fans the opportunity to see how Echo might affect the professional meta.

The exhibition games announcement comes a few days after the disappointing cancellation of this weekend’s Overwatch League games. Blizzard Entertainment canceled all regular season homestand events until the foreseeable future, as a measure to keep players, production crew, and fans safe from the COVID-19 outbreak.

Originally, the Overwatch League and Call of Duty League announced that matches would be hosted online, with adapted season schedules. Those matches were then canceled earlier this week after California Governor Gavin Newsom ordered all 40 million residents of California to stay home in response to the rising number of residents who have tested positive for the Coronavirus.

Many other esports leagues have successfully migrated their tournaments online in the past couple of weeks, including ESL and LCS. It’s safe to say we can expect a continued commitment from Activision-Blizzard to bring OWL and CDL back in an online format. For now, these exhibition matches are a nice bonus in the absence of Overwatch League matches to watch.

As always, the matches will be live-streamed on the Overwatch League YouTube channel.