Overwatch League Could Swap to Tournament Format in the Future 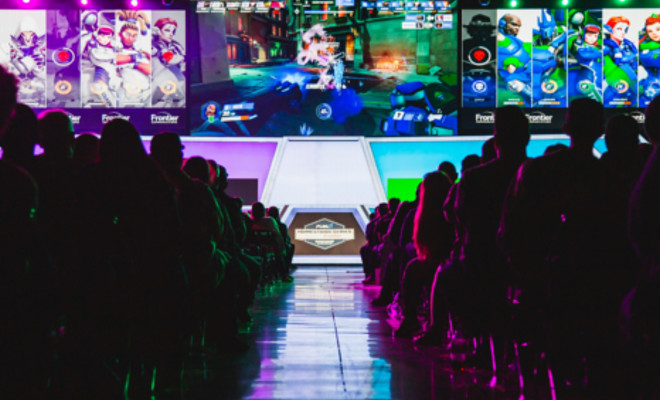 OWL season three has only just started but rumors are already swirling at the potential of a format change in the future. (Photo courtesy Activision Blizzard)

The days of Overwatch League running a “regular season” could be a thing of the past.

In an interview with ESPN’s Jacob Wolf, Overwatch League Vice President Jon Spector seemed bullish on Overwatch League’s future. He acknowledged that perhaps there was some room to tinker with the format due to the new homestand structure the league had adopted.

“I love having the opportunity to watch another league under our umbrella [the Call of Duty League] experiment with the same questions we’re asking ourselves: What makes the most compelling format?” Spector said. “We have 28 regular season games, and the way CDL is running they have eight teams in London playing a tournament. We’re watching that carefully. Having the opportunity to pick up the phone and talk to people at CDL about how that’s working is incredible. […] The tournament format is one example where maybe that’s something we talk more about if it’s working well for CDL, we start to look at how to adapt some of those ideas and bring them to Overwatch.”

The Overwatch League currently functions with round robin matches played throughout the season. With the new homestands, there are only two games per day for two days being played. This is only half the amount of matches that were played on any given day at Blizzard Arena in previous season. Tickets this year are also significantly more expensive for the homestands typically played with larger crowds in bigger venues.

While teams have tried to offset this by offering many activities for fans to do, there have been some question marks as to whether OWL will adopt the model that Call of Duty League has implemented. That model seems more familiar to esports fans and makes every game significantly more important than some mid-to-late regular season games.

While CDL has only just launched, alongside Overwatch League season three, many fans have already pointed out that the it seemingly has more exciting moments. It’s hard to tell if this is down to the format or the more boisterous and mature personalities in the CDL that have been developing for upwards of 10 years at this point, but the question is still worth asking.

The Overwatch League will continue with the Philadelphia Fusion’s Homestand on Saturday February 15th at The Met Philadelphia.