China’s first chance at hosting a home crowd has been dashed by the outbreak of the coronavirus. Credit: Dallas Fuel.

Overwatch League fans were dismayed to learn that the Homestands for the Shanghai Dragons, Guangzhou Charge and Hangzhou Spark were cancelled in late January due to the outbreak of the coronavirus.

However, the Overwatch League was quick to announce a solution to this problem by partnering with the Seoul Dynasty to host makeup games around their homestand from Weeks 6-7, or March 14-21 at a studio in South Korea’s capital.

What the announcement didn’t say was whether fans would be able to attend these matches. An Overwatch League representative confirmed to Hotspawn today that this would not be the case. As a result, five homestands worth of games in the Overwatch League’s 2020 season will not feature a live studio audience. This is the first time that this has occurred since OWL Season One’s preseason games in December 2017. 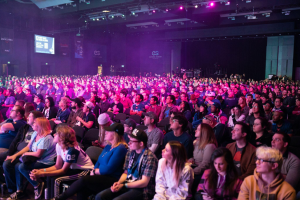 China’s first chance at hosting a home crowd has been dashed by the outbreak of the coronavirus. Credit: Dallas Fuel.

The matches will still be streamed on the Overwatch League YouTube channel, with specific dates and times still to be announced.

Our Dragons have been training hard at our bootcamp in Korea! We’re doing our best to prepare well. Please wait for us! (•̀ᴗ•́)൬༉

These makeup games are set to be vital for the Chinese Overwatch League franchises, as many of them have yet to play a match nearly two months into the season. The change in play conditions without a crowd could have a positive effect on their outlook heading into those weeks. As a result, March 14-21 could prove to be one of the most vital swing periods in the third season, with homestands also occurring in Washington, Atlanta, and Florida those weekends.

The games in Seoul are still occurring despite recent reports of a spike in coronavirus infections, making South Korea the second most infected country with the outbreak. South Korean coronavirus infections nearly doubled in the past 24 hours, according to a report from CNN. The total number of infected stands at over 76,600, and at least 2,200 people have died, almost all of which in Mainland China.