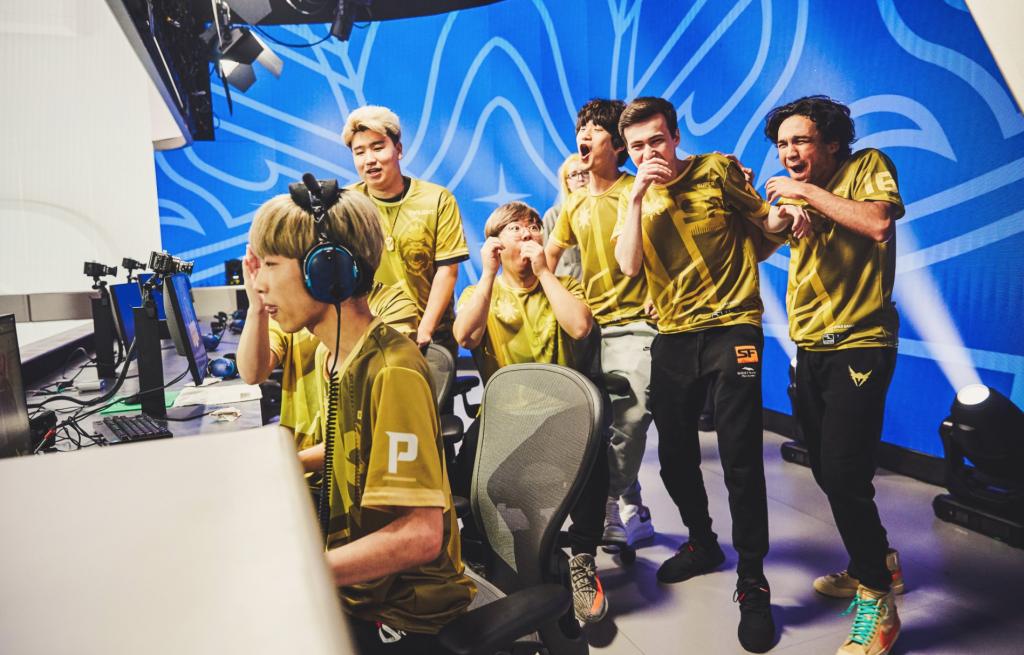 The first day of the 2019 Overwatch League All-Stars Event is in the books and, as you would expect, it was a fun spectacle. The first day saw the Talent Takedown, the All-Star Arcade and the always enjoyable Widowmaker 1v1 tournament.

Honestly, this wasn’t even close. The Atlantic Division pretty much rolled over the Pacific Division, thanks in large part to Brennon “Bren” Hook. Bren came into the Talent Takedown talking a lot of smack but he backed it up – absolutely dominating on the Widowmaker. Bren, who won the MVP of the three-map series – spent the bulk of his time clicking heads and making the Atlantic Division look silly.

We were not prepared for the Bridowmaker! #OWL2019 @BrenCasts is taking NO prisoners today!

Play of the series goes out to the tandem work of Josh “Sideshow” Wilkinson – who managed to not throw, despite his best efforts – and Christopher “MonteCristo” Mykles. Sideshow hit the big grav followed by a fat Earthshatter from MonteCristo to ensure a successful attack on Watchpoint: Gibralter.

The Widowmaker 1v1 Tournament is always one of the more exciting events of the Overwatch League All-Star week. Shanghai Dragons DPS Min Sung “Diem” Bae ultimately came out on top after dominating the Pacific side of the bracket. Between his quarterfinals and semifinals matchups, Diem went 14-4 including a perfect 7-0 against Minki “Viol2t” Park.

The true story was the awesome run from Yeon-Gwan “Nenne” Jeong. The NYXL player took out two of the best Widowmaker’s in the world – Jaehyeok “Carpe” Park and Do Hyeon “Pine” Kim – both by just one kill. Nenne’s astounding run was ultimately ended by Diem in the finals but there is little doubt that watching the NYXL players games were the most exciting of the tournament.

The All-Star Arcade was an event filled with madness. Fans voted on six different game modes for the best Overwatch players in the world to participate in and they came up with:

Ultimately, the Pacific Division ended up winning the series 3-1 by taking the W in Sibling Rivalry, Healers Never Die and Keeping the Peace. There isn’t even analysis that can be given for these maps, it was just the best Overwatch players in the world playing Overwatch and having fun. It is a nice break from watching the intense GOATS or Bunker metas that have gotten used to in the Overwatch League so far.

What’s Next For Overwatch League All-Stars 2019

The actual All-Star game is all that is left to be played. The Pacific Division and Atlantic Division. The All-Stars rosters will face-off with the festivities kicking off at 9 PM EST on May 16.