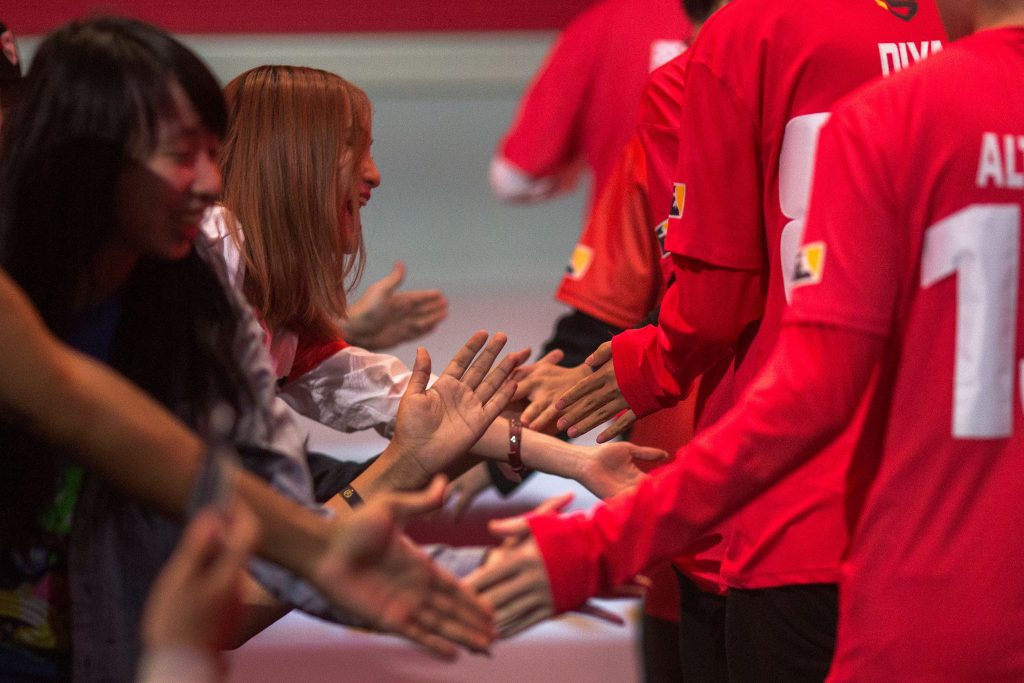 Fans reach out to Shanghai Dragons players as they prepare to play the New York Excelsior. (DAVID MCNEW/AFP/Getty Images)

The Overwatch League’s (OWL) expansion is done. Vancouver, Canada and Chengdu, China are the final two cities that will house OWL franchises next year.  The expansion stops at eight teams bringing the total number of cities in the upcoming season to 20.

Investment spots ranged from $35 to $60 million according to ESPN. A mixture of endemic esports organizations, traditional sports owners and media conglomerates has led the previous expansion cities.

These cities are no different. The Chengdu bid was led by Chinese streaming service Huya. The service that has been called the “Twitch of China” was valued at over $1 billion after a $426 million investment by Tencent. Since going live on the New York Stock Exchange on May 11th, 2018, the companies stock has risen 117%. Huya broadcasts the Overwatch League in Asia, which could lead to a conflict of interest down the line. In the first season, there were never two games on at the same time, and that will stay true for season two. Once games move to home cities in 2020, will Huya favor its team if that situation arose?

The Aquilini Investment Group leads the Vancouver team. The Group is best known for its ownership of Canucks Sports and Entertainment, the parent company of the Vancouver Canucks and Rogers Arena. This is the second Canadian team and the seventh team with ownership groups tied directly to traditional sports franchises. Rogers Arena was the home of Dota 2’s The International 2018 showing an increased presence across all of esports from Canucks Sports and Entertainment.

With the expansion finished, the focus can turn to the geographic layout of the league. As the first truly global sports league, the OWL will have to figure out logistics with no blueprint available. If Blizzard’s plan holds and all teams move to their home cities by 2020, a new host of issues could arise, chief among them: Travel.

Divisions will likely need to be split up by continent. Right now there are 13 teams in North America, two teams in Europe and five in Asia. To prevent teams from constantly traveling overseas, the league will likely need more European investors. With the London Spitfire winning the championship in season one, European expansion seemed likely but only Paris was added in this expansion round.