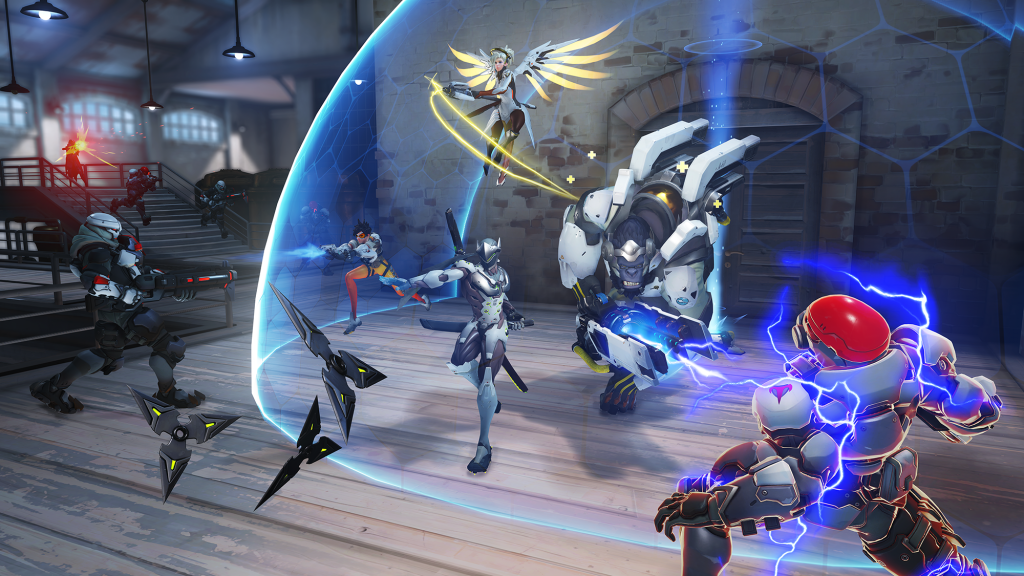 The Workshop allows users to dive into the world of game development to create their very own game modes and more. (Photo courtesy of Blizzard Entertainment)

In an age of customization, Overwatch has introduced the long-anticipated ability for fans to create and set-up custom games in an in-game feature they call the Workshop.

This new feature allows users to dive into the intricate and complex world of game development to create their very own game modes and even customize the heroes in the game. This feature is not dissimilar to other gaming platforms that allow users to create unique game modes or create new heroes, such as in the Steam Workshop. Blizzard has added the Overwatch Workshop only on the PC so far. It’s currently live on the Public Test Realm/Region (PTR).

The concept of the Workshop is inviting for fans of all levels, however, Jeff Kaplan explained that while they tried to make the platform “as accessible as possible” this in-game feature is primarily for “Power Users”. Power Users are, as Kaplan put it, “people with some experience with other scripting engines or people with programming backgrounds.” Most streamers and gamers who’ve been trying out the platform have had relative success, but the Workshop is definitely for gamers who understand a thing or two about game states or who have previous knowledge of programming. With features in the Workshop like a Script Debugger, you’ll need to have some working knowledge of how games are created and how they function.

In Jeff’s introduction of the Workshop, he noted that there were several things the Workshop was really good at doing such as creating new game modes like as his innovative “The Floor is Lava,” er, “Molten Floor” mode where any hero touching the floor is instantly burned. Another example is changing around hero abilities or attributes – like creating an Infinite Res Mercy. Can you imagine a world with Infinite Res Mercy’s? It’s truly a beautiful concept that I can’t wait to see in the Workshop!

But for all that it boasts, it still lacks several features that would’ve made the Workshop not only addictive but game-changing. One of the biggest holes in the Workshop is its inability to create maps or edit maps. Games like Warcraft and unironically Dota 2, the immensely popular game mode created from Warcraft 3, have had wildly popular custom game modes that have spun off into their own games. Look at the recent game mode Dota Auto Chess and how crazy the reception for that game has been!

Allowing fans to create their own cities or towns as maps would also help drive that “location-based esports: concept that the Overwatch League built itself on. If fans could potentially create a map of Atlanta or Toronto for game developers, that would give an incredible insight into where their fans are and not to mention, help them out with the leg work on creating such a map! Who better to create a map of downtown Toronto than the gal that lives there?

With all criticisms aside, this tool will be really fun for fans. It’ll allow hardcore fans to play around with the modes and potentially come up with the next event mode. Giving fans the ability to really play with the game does nothing but reward fans for their passion and dedication. Placing such a high threshold on who will cognitively be able to interact with the Workshop is problematic but those dedicated fans, of all ages, will find a way. And hey, if it increases any fans desire to pursue a job or career in STEM – we’re all for it!

Tag us in any cool game modes you find out there or even ones that you create! We’d love to give them a go and share your creativity with our community!