Overwatch Heroes: GOATS and Other Strats 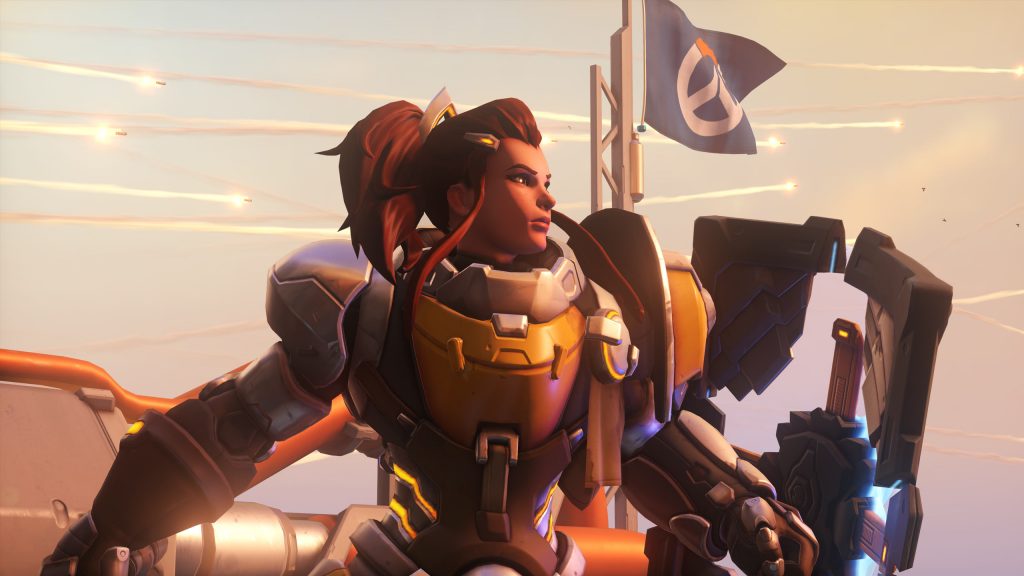 Brigitte is a popular component in the current GOATS meta. (Image via Blizzard)

To say that the heroes and hero compositions in the Overwatch league are important would be an understatement. The choices that teams make when drafting a lineup is the reason the team is either wins the map or loses. In the Overwatch League, knowing why certain teams are drafting their lineups can help not only to understand the strengths of the team but how they are expecting to play on the map. Let’s take a look at some of the more common strategies in the Overwatch League and why they work so well.

Heroes and Their Roles

The Meta of the Overwatch League

If you’re new to Overwatch (and esports), you might hear the word “meta” being tossed around in reference to the heroes that teams chose. In the Overwatch league, the meta or “most effective tactics available” currently denotes the team composition that is most commonly chosen. It’s the most consistent strategy that is dominant over every other composition.  In the second season of the Overwatch League, the meta is a strategy called GOATS and boy, do teams like the GOATS strat.

The GOATS strat was conceived pre-Overwatch League when competitive Overwatch was still in its infancy. Ninjas in Pyjamas first played around with the idea of this composition during a time when other teams were running two DPS heroes as a way to counter it. The lineup they used back in 2016/17 focused on Reinhardt, Roadhog, Zarya, Ana, Lucio, Zenyatta—sound familiar if you’ve watched any recent OWL? What it lacked in flashiness and damage, it more than made up for in survivability. While GOATS died off to make way for a Mercy meta, it came back with a vengeance with the release of Brigitte.

So why is this composition so good and how do teams like the Vancouver Titans and the NYXL win so many matches with the composition?

GOATS can only function if the team is focused on picking off single players at a time and quickly. The speed of the execution comes from Lucio’s speed burst which allows for teams to chase after a hero without specifically running a dive composition. Brigitte, the hero who helped revitalize GOATS, is also crucial in most GOAT strats because of her ultimate Rally. Alongside Lucio and Zenyetta, Brigitte is the third support hero that makes up the first three in 3:3 or the GOATS strat.

One of the scariest parts of facing a GOATS meta is facing the three tanks—Reinhardt, Zarya, and D.Va. D.Va replaced the original GOATS strat staple Roadhog, but both function in a similar manner. D.Va is really good at catching heroes out and at dealing out a lot of damage. Her Self-Destruct ultimate alongside Zarya’s Graviton Surge is lethal to any team that gets caught out. Her large health pool, DPS output and shields makes it feel impossible alongside Reinhardt and the team to pick her off. When you consider that she’s got a 63.2% pick rate on all maps in the Overwatch compared to the next most picked tank, Wrecking Ball, at 11.3%, she’s one of the core heroes for teams like NYXL use in their GOATS strat for a reason.

Here is a clip of @Gamsu using his shield to protect his teammate from getting wipe by the "Grav" and "Self Destruct" combo.

What is your favorite moment from our matches so far?#ShanghaiDrgaons #BreakThrough pic.twitter.com/fqg1rQCsor

So how do you counter a strat as challenging like GOATS? While the strat has seen teams like the Titans and the San Francisco Shock succeed, it’s not the most entertaining meta for fans. With the exception of occasional mind-blowing Earth Shatters or epic Graviton Surges, it doesn’t have any of the flashiness of a 1v1 Widowmaker showdown.

In comes a Challenger – Sombra

Earlier this year a new strategy was introduced to try and find a way around the traditional GOATS meta that everyone was using. Coaches and players began to think what would happen to a GOATS strat if none of the heroes had access to their abilities. What if there was a way to hack their opponents and disable their abilities to order to overthrow this oppressive GOATS meta? The answer was very clear – if the 3:3 meta was disabled, they cannot win. So teams started to use Sombra in their GOATS meta by replacing D.Va with Sombra.

Sombra is a good replacement for D.Va in a lot of ways – she’s able to get in and out of situations quickly with her ability Stealth, she’s able to deal out a good amount of damage very quickly, and her passive “Opportunist” allows her to easily hunt opponents who are below 50% health. Her ability to run around the map undetected and Hack abilities makes her a valuable pick and her stats reflect that. Over the past week, her pick rate has climbed 8.1% to 37.3% across all maps. It’s easy to understand why. Her ultimate, if played right, can disable the entire opponent’s lineup leaving them without any resources or abilities to fight.

Sombra is a good example of teams trying to find innovative strategies to combat the GOATS era that the OWL is living in. That’s not to say that there’s no variation, but GOATS is definitely the most played and the most utilized strategy in the Overwatch League. To best see how absolutely devastating Sombra can be, check out the Sombra plays of Jin-hyeok “DDing” Yang on the Shanghai Dragons. He’s got a whopping 447 minutes played on Sombra and an incredible 754.9 damage per minute.

One of the most loved, or maybe just my most loved, combos is Pharah and Mercy—colloquially known as PharMercy. It’s often run on maps that force your opponents in areas with open skies or a high ceiling to allow for the two of them to fly around the sky unopposed. Think Numbani or Watchpoint: Gibraltar. PharMercy requires both players work in tangent while the rest of the team focuses on objectives. Mercy is used to provide the queen of the skies with both health and damage boosts depending on the circumstance using her staff. Mercy is completely dependent on Pharah’s movement and decisions so it’s crucial that Mercy follows the traditional support role and takes cues from her partner. Mercy is a squishy hero and can easily be taken out of the sky by a well-placed Widowmaker, but only if Pharah is unable to do her job.

Pharah’s goal is to eliminate the opponents, just like any other DPS hero except she has the ability to fly in the air to make it challenging to escape her splash rockets or her devastating ultimate Barrage. If you need to look to a team to see why Pharah and Mercy make an unstoppable combination look no further than Chengdu Hunter player Yi “JinMu” Hu who is second in the Overwatch League on Pharah with over 259 minutes played and over 1339 damage per minute.

Unless teams start running Ana more often to sleep flying Pharahs out of the sky, PharMercy might see more play throughout the League and become a real threat to the GOATS meta.

The top teams in the Overwatch League have demonstrated that GOATS is the dominant meta, but that doesn’t mean that teams aren’t trying to find something that works for them. From the Vancouver Titans running their tank Sang-beom “Bumper” Park on Widowmaker to find key pickoffs or watching LA Gladiator Lane “Surefour” Roberts make Bastion look absolutely lit against the Dallas Fuel (his words, not ours) teams are going to continue to find ways to outmaneuver the GOATS meta.

There’s nothing wrong with trying a little of everything, especially if you are the Chengdu Hunters, because eventually the meta will shift, and it only does by figuring out new combinations of heroes. For now, at least, we have a good grasp of what makes the GOATS strat so good and what teams are running to counter it.