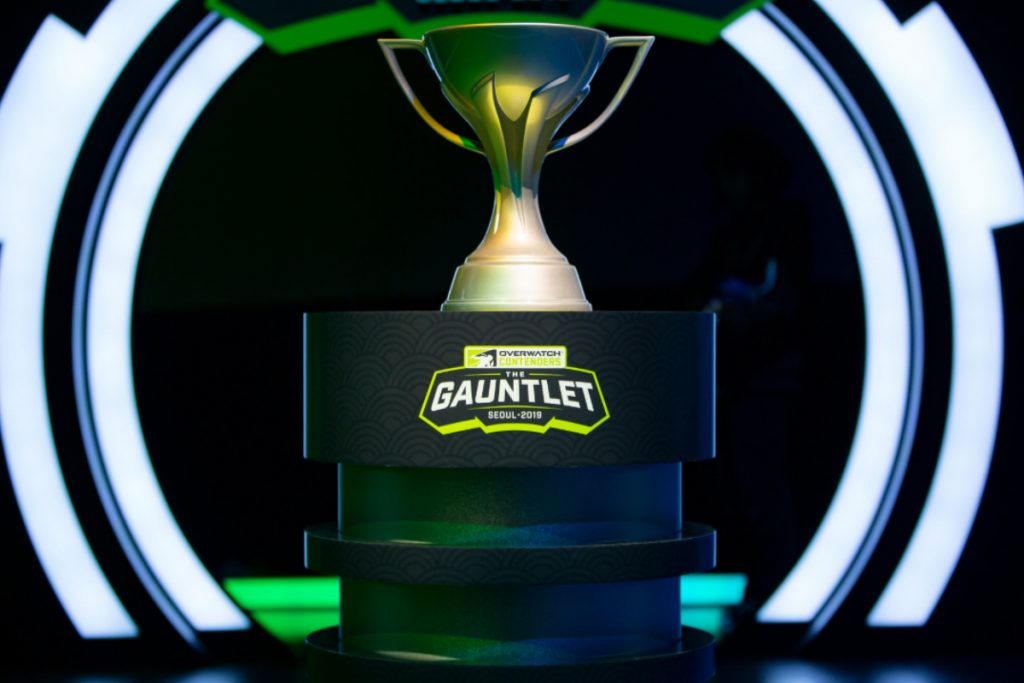 Ten teams came to The Gauntlet fighting to be the best Overwatch Contenders team in the world. (Image via @owpathtopro / Twitter)

When Overwatch Contenders decided to launch a new, multi-region tournament dubbed “The Gauntlet,” the hope was to give Contender players (and teams) the chance to prove they are the best that Overwatch Contenders had to offer. It also offered the opportunity for Overwatch League teams to scout new talent (many players still too young to be able to play in OWL) and see how they perform on a big stage with the best up-and-coming players in the world. Over the course of five days, the Gauntlet provided some incredible matches and showcased some incredible players destined for the apex of professional Overwatch – The Overwatch League. Ultimately, Element Mystic took home the win, the trophy and US$100,000.

Element Mystic were challenged by Talon Esports – the perennial underdog coming into The Gauntlet – in their first match but came out victorious before beating XL2 Academy in during their second match. Their two victories put them in the semi-finals for the final bracket and an opening match against the Korean first seed, RunAway.

HSL Esports were the first team eliminated from the tournament losing 3-0 in their opening match against XL2 Academy. Talon Esports sent them packing with another 3-0 beating, marking a short stay for the lone European team.

The second day of group play saw Gen.G win their first match 3-0 against LGE.Huya and their second match 3-2 against Team Envy. The two wins secured Gen.G a spot in the semi-finals of the final bracket and a match against ATL Academy – the first seed from North America.

Like HSL Esports from Group A, LGE.Huya dropped both of their matches 3-0 becoming the second team sent packing. While Team Envy and Gladiators Legion found themselves in the loser’s bracket heading into final bracket play.

Day three was set to kick off the final bracket with eight teams left, all trying to reach the Grand Final and prove themselves the best in all of Overwatch Contenders. Team Envy, XL2, Talon Esports and Gladiators Legion were sent to the loser’s bracket after dropping matches in the group play. Another loss would end their hopes of advancing.

Team Envy became the first team to be kicked out of the bracket after a 3-0 stomping by XL2. Talon Esports continued their underdog run with an outstanding 3-0 victory of their own against the fourth seeded NA team – Gladiator Legion. The Pacific Region representative was making its name known on stage.

RunAway looked unstoppable in their 3-0 win against Gen.G in the semi-finals. The match was never close and was the most dominant win of the day, firmly placing RunAway as the team to beat going forward after being the favorite entering The Gauntlet.

Fan favorite and tournament underdog – Talon Esports finally saw their exit at the hands of Gen.G to kick off day four. It was a close match throughout with Gen.G inching out a 3-2 victory. Talon Esports performance at The Gauntlet was the most memorable, showcasing the talent hidden in the Pacific Region and a possible future star in the Overwatch League – 16-year old Patiphan “Patiphan” Chaiwong.

Element Mystic started off their match against RunAway extremely strong by taking a commanding 2-0 lead early. After a back-and-forth set of maps, Element Mystic overcame the tournament favorites in 4-2 fashion. Element Mystic was the first team to punch their ticket to the Grand Final.

ATL Academy quickly disposed of Gen.G and would go on to face RunAway for a chance at a rematch against Element Mystic in the Grand Final. The final day of The Gauntlet was set.

Four days of incredible competition has come down to this!

Join us as we find our Gauntlet Champion TONIGHT! 🏆 #Contenders

Three teams were left to begin the last day of the incredibly hard-fought tournament up to that point. Element Mystic were left to wait for their final match after their decisive victory over RunAway to secure a spot in the Grand Final.

The first match of the day would be between ATL Academy and RunAway with whoever winning set to face off against Element Mystic in the Grand Final. With the chance to go up 3-0 in the series and put themselves within one map of reaching the Grand Final, ATL Academy’s heroic defensive hold on Horizon Lunar Colony kept the momentum rolling in a defining moment during the match. ATL Academy proved to everyone that they (and the NA Region) deserved their spot as one of the best teams in Overwatch Contenders after a dominant 4-0 victory over RunAway.

In a rematch of the Semi-Finals – where Element Mystic defeated ATL Academy 3-2 – the match was Element Mystic’s to lose. Although ATL was able to secure a map win on Horizon Lunar Colony off another incredible defensive hold, the match never seemed close. Their strong run through the final bracket culminated in a demanding 4-1 win. Element Mystic’s outstanding DPS play proved too much for ATL Academy to handle. It enabled Element Mystic to hoist the trophy up in victory.

The Gauntlet provided an epic, five-day tournament that led to crowning the best team in all of Overwatch Contenders. New fan favorite teams, up-and-coming players and historic moments signaled a bright future for professional Overwatch. With the Contenders year wrapped up, The Gauntlet was a fitting end to an incredible season, a resounding success for Overwatch Contenders as a whole and a future glimpse at potential stars of the Overwatch League. Being the first year for The Gauntlet, this is only the beginning.