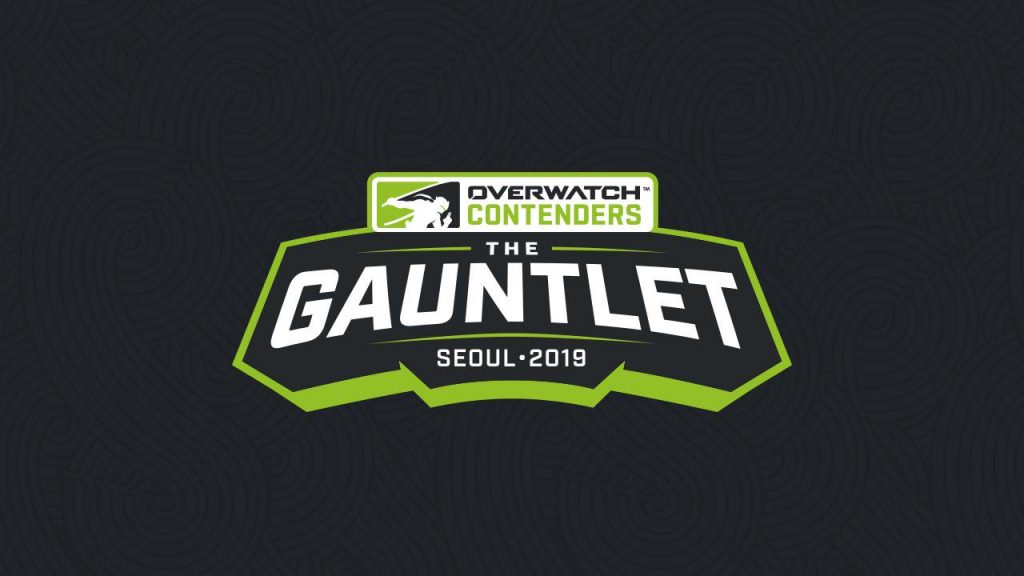 Ten top Overwatch Contenders teams from around the world will compete in the Gauntlet. (Image via Blizzard)

For the uninitiated, Overwatch Contenders acts as the minor league for the Overwatch League. 17 of the 20 teams in the Overwatch League are the parent organizations for Contenders teams, which allows them to cultivate talent within their organization. It’s a place where teams can scout some of the next top-tier talent and for players to make themselves known on stage. It’s a high level of professional Overwatch that can result in Overwatch League teams bringing up players to compete for them going forward. Throughout the 2019 seasons (broken up into seasons one and two during the year), many teams participated in Overwatch Contenders, and it all comes to an epic conclusion in Seoul during what is dubbed “The Gauntlet.” This is a tournament taking place from October 9–13 in South Korea (October 8-12 in the US). It has a prize pool of US$250,000.

What is The Gauntlet?

The Gauntlet will feature the ten best teams from 2019 Overwatch Contenders as they battle to determine who truly was the greatest team throughout 2019. Overwatch Contenders is broken up by regions. This means four teams from the two North American regions will be competing in as well as three from Korea and one from China, Europe and the Pacific.

Eight of the ten teams will be split into Group A and Group B while the winners of the Contenders Showdowns (the regions’ biggest tournaments) for North America and Korea will have bye straight into the Gauntlet Finals Bracket. One team from each group will be eliminated while the remaining six will join the top two teams for an eight-team, double-elimination bracket.

Congratulations to @Runaway_OW, your #Contenders Korea Season 2 Champions! Runner-up @ElementMystic and 3rd place @GenG will join them at the Gauntlet in October! pic.twitter.com/I69p0Ouf8a

RunAway –They have won six of their last seven major tournaments and three of the past four Korean Contenders titles. RunAway has a history of producing some great Overwatch League players which includes their entire roster transitioning into the 2019 season as the Vancouver Titans where they had the best record in the league but lost to the Shock in the Grand Finals. They are the early favorites to take the tournament.

ATL Academy –  This is the Atlanta Reign’s Contenders team and they had a successful year in 2019, taking first in the Overwatch Contenders 2019 Season 2: North America East. ATL Academy will sport some OWL talent with their tank player – Blake “Gator” Scott– who helped the Reign upset the Shock in their first match of the OWL playoffs bracket. Gator’s experience on Sigma (a major piece of the meta) will help the team during the tournament.

Element Mystic – The second seed coming out of Korea. They struggled in season two of the 2019 year after winning the Contenders Korea championship during season one. Element Mystic lost to RunAway during the season two playoffs. They have an aggressive playstyle that can lend itself well to the meta, which includes ultra-aggressive hero, Doomfist.

HSL Esports – This is the single European-based team in the tournament. They had an incredible run in 2019 which resulted in them saving their season with an exciting reverse sweep before securing their Gauntlet spot in a 4-1 win over Team Gigantti.

Talon Esports – They are the Pacific team for the tournament and have a roster constructed of various Asian countries such as Korea, Thailand and Hong Kong. One of the underdogs going into the gauntlet, this scrappy team has a chance to make themselves known on the big stage.

XL2 Academy – They are the third seed for North America as they finished behind Group B’s Team Envy in the NA West region. XL2 Academy has a strong DPS duo and could make a solid run in the playoffs. The New York Excelsior is their parent organization from the OWL.

LinGan e-Sports Huya (LGE.Huya) – They are the Contenders team for Chengdu Hunters and the China representative for The Gauntlet. LGE.Huya took care of the rest of China Contenders but still has a lot to prove going into the tournament. This is the perfect opportunity for them to breakout.

Team Envy – They are the second seed for North America after dominating the NA West region and beating out XL2 Academy. With one of the best flex-supports in Contender, Team Envy has a good opportunity to advance far in the tournament. Dallas Fuel is their parent organization.

Gen.G – Seoul Dynasty’s Contenders organization, they are the third seed for Korea. They aren’t as strong as RunAway or Element Mystic but have the talent to put together a successful run as somewhat of an underdog.

Gladiators Legion – The fourth and final seed for North America. They have a diverse roster of players from different countries. Gladiators Legion are a great team but can’t be considered dominant like some of the other North American teams present and need to show up big to avoid an early exit in the group stage. Their parent organization is the LA Gladiators.

On October 9th-13th, 10 #Contenders teams will compete for their share of the $250,000 prize pool in Seoul, South Korea at the Gauntlet! Under the attention of OWL scouts, thousands of fans, and free agency around the corner, the stakes have never been higher. #PathtoPro pic.twitter.com/2LyeuSrOvA

When and Where to Watch

The Gauntlet will be broadcast on Twitch throughout the event and will be streamed in a variety of languages including English, Korean, Mandarin, German, Russian, Portuguese and Spanish.