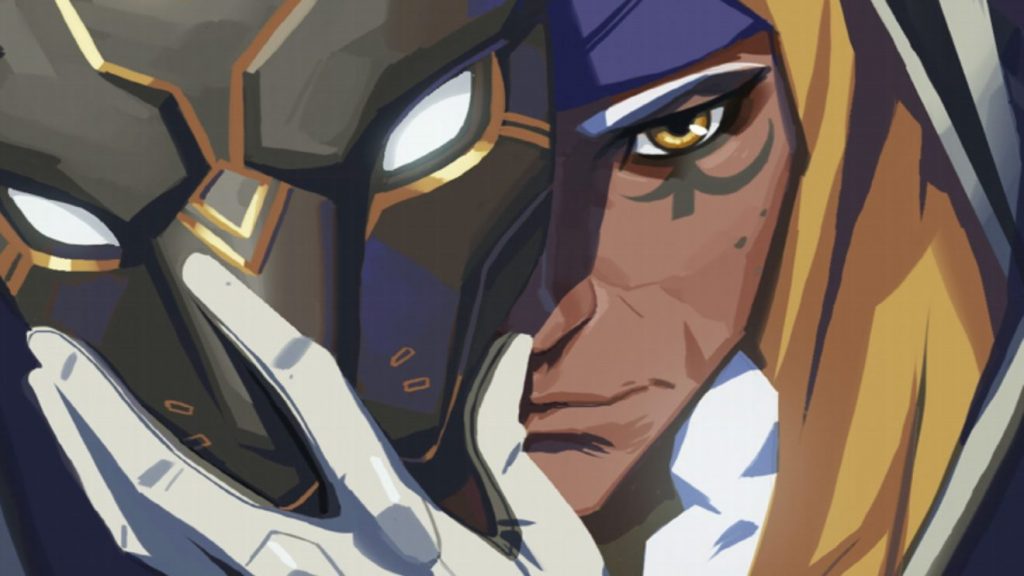 Did Blizzard bury their own lede when they released the new short story entitled “Bastet?”

Did Blizzard bury their own lede when they released the new short story entitled “Bastet?” Written by Overwatch Lead Writer Michael Chu, the story features Ana Amari and Jack “Soldier: 76” Morrison reunited in Cairo. The story’s focus is ostensibly Ana and her adoption of the Bastet persona. There’s even a related event, Ana’s Bastet Challenge, with the Bastet aesthetic.

But the real story here may be the big reveal about Jack: he’s queer.

In a tweet after the release of the short story, Michael Chu confirmed, “Jack and Vincent were in a romantic relationship many years ago.” Jack is the now the second Overwatch hero who identifies as LGBTQIA2, joining Tracer who was outed in the digital comic “Reflections” in December 2016. This broadening of queer representation in Overwatch lore is a significant move for Blizzard. Overwatch has often been praised for its diverse cast, featuring people of color, older characters such as Ana, and an autistic character, Symmetra.

The general reaction to the outing of Jack has been that this is a good reveal; more diverse representation is positive. However, some are frustrated being gay wasn’t more openly part of Soldier: 76’s story from the beginning. Claims of retconning and comparisons to JK Rowling’s reveal of Dumbledore-as-gay filled Twitter. There was some criticism that the story is meant as a distraction from some recent issues in Overwatch esports, but clearly, this story and event have been months in the planning.

In fact, fans have spotted a connection to the Overwatch digital comic, Reflections, also written by Michael Chu. In one panel on page ten, Jack can be seen staring at a photograph that appears to feature him and a dark-haired man–Vincent?–while Ana sits with him. In the panel below, Reaper can be seen lurking in an alleyway, watching a family. Is this possibly Vincent with a wife and son?

Jack’s sexuality was certainly planned from early on in Overwatch lore, even if it’s taken years to be revealed to fans. Should we appreciate that Blizzard hasn’t wielded this aspect of Jack’s identity like a diversity-cudgel (Look, we ticked this box! Praise us!)? Was it inappropriate for Blizzard to withhold such a critical component of a character for so long?

In Bastet, the reveal feels like a natural, vulnerable moment in the story  We learn more about Jack’s personality, as well as his sexuality, in how he speaks about his former lover: “Vincent deserved a happier life than the one I could give him.” Jack sighed.” Not only do we learn that Jack’s gay, but also that that he is happy for his former boyfriend’s current happiness, that Jack’s self-aware about the life he leads and that he consciously sacrificed his personal life in order to do what he saw as his duty.

While the fan community may (rightfully) herald this as an important moment in video game history, and be conflicted about how it has been handled, Jack’s storyline also points to a time when queerness is treated as normal as heterosexuality. The way his queerness is casually addressed, indirectly as Ana inquires about a photograph of a former lover, reveals no tension around his sexuality. It’s a refreshingly accepting moment.

What is, perhaps, most disappointing in the entire situation is how detached the Overwatch lore is from the game itself. Though there may be cosmetic influence from the overarching lore, the game rarely leverages the story being developed around it.

Blizzard did include a spray of the Jack and Vincent photograph as one of the rewards earnable through the Bastet Challenge. Understandably, it’s Ana’s backstory that’s getting the bulk of the cosmetic attention. After all, despite the attention on Jack, Bastet was a story about Ana becoming a guardian of Cairo.

The Bastet Challenge is straightforward–winning games earns you one set of cosmetics, including a victory pose and the Bastet skin for Ana, and watching specific streamers with your battle.net account linked to your Twitch account will earn you a set of sprays. Blizzard’s use of in-game rewards to motivate players both to play more games and to engage with the streaming community is one way to drum up attention for the game heading into the second season of Overwatch League.