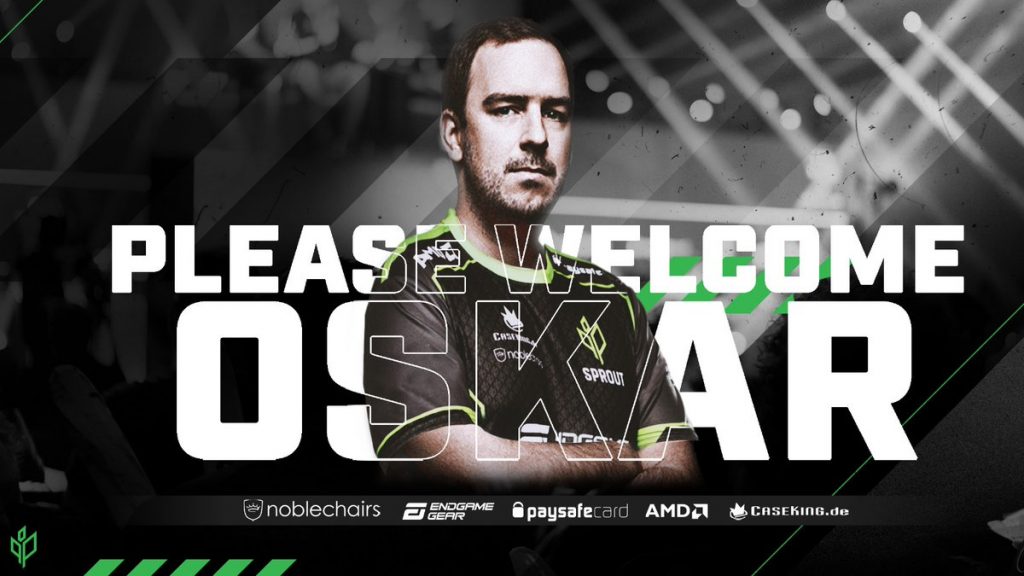 Oskar last played on HellRaisers, where an unfruitful six-month occupancy coaxed Oskar into leaving the team and announcing his free agency (Image via Sprout)

German organization Sprout has confirmed the signing of Tomáš “oskar” Šťastný over to its Counter-Strike roster.

We could hardly wait and you all have been waiting for it too:
It is an exceeding pleasure for us to welcome the Czech #csgo prodigy @CSGOoskar in the Sprout family and add another extremely valuable player to our roster.

The 28-year old Czech AWPer was last seen playing on HellRaisers, where an unfruitful six-month occupancy coaxed Oskar into leaving the team and announcing his free agency. The move to Sprout will see the Czech return to tournament play for the first time since his aforementioned hiatus in October.

Oskar will help fill the void left behind by Florian “syrsoN” Rische and Nils “k1to” Gruhne, who both left to find greener pastures at BIG at the end of last year. With Sprout, Oskar will play on somewhat familiar territories – circling back with Denis “denis” Howell and Timo “Spiidi” Richter after a brief stint playing together at Mousesports in 2016 & 2017.

In an interview with HTLV.org, Oskar spoke on his decision to accept Sprout’s offer, and what he sees in the German squad: “As I said, I wanted to play, and creating a local team was the last resort. When Sprout came with the offer, I considered it for about a day. I just wanted to play and Sprout are in the top 30 at the moment, and I think we have what it takes to reach the top 20 and slowly start threatening some of the better teams. I’m not going to lie, I’m really happy about the opportunity to play with the guys, there’s an experienced coach here, the talented faveN, and two legends from mousesports. I think it’s going to be a good experience for everyone and I’m looking forward to getting it on the road.”

With the addition of Oskar, the German organization is currently fielding a four-man active roster, with a fifth player rumored to be revealed in the coming days. Sprout will make its debut LAN appearance at the end of January at DreamHack Open Leipzig.