Kuavo: “That match [vs Guerrillas] brought everything back to the team” 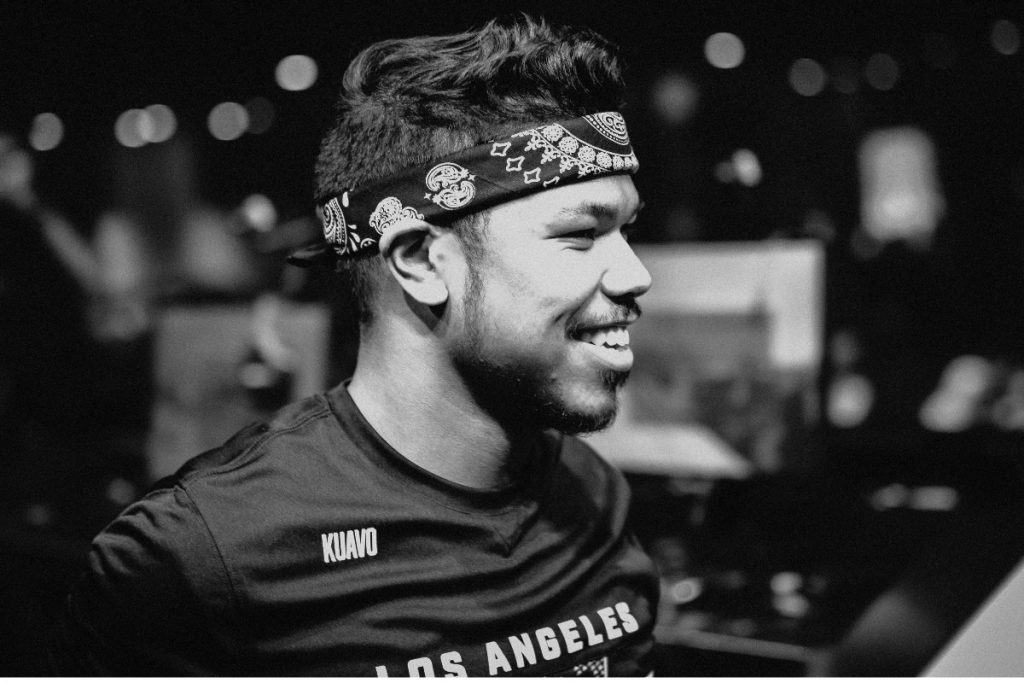 OpTic Gaming Los Angeles had a tough start to the inaugural season of the Call of Duty League. They had consistently failed to live up to their potential after the first few weekends and found themselves as the sole team in the league without a match victory. To pile onto the poor showing on stage, the team had to try and regain the adoration of a stubborn fan base as some had labeled them the “Fake OpTic” after the most iconic pieces of the storied franchise left for other ventures within the league.

For a team (and organization) looking toward a new direction and new beginnings within the Call of Duty scene, they failed to do so early. Hosting the Los Angeles Homestand alongside the LA Guerrillas seemed like the perfect opportunity for OpTic Gaming to take a step in the right direction. After a reverse-sweep win against the Guerrillas to kick off their weekend, OpTic had secured their first win and would look to use that milestone going forward.

Hotspawn was able to talk with OpTic Gaming’s Kenny “Kuavo” Williams after their match against the Los Angeles Guerrillas about getting the first win under their belt and their mindset as they move forward.

Hotspawn: How does it feel to finally get that win? It’s like you guys finally got over that hump.

Kuavo: It felt so good to get the win. I had an interview with my own content team and I told them that our team just needs one. We were at the point where our potential is like stuck because we haven’t gotten a win. We were really confident but also not confident because we didn’t have a win. I think we just needed one under our belt to keep it rolling into the next match so winning one is big–obviously for the standings and for our confidence.

I don’t think we were ever in full panic mode.

Hotspawn: You guys have a lot of talent and there is a lot of potential within the team. Did it just seem like things weren’t clicking?

Kuavo: Winning a match makes everything click. We feel better and ready to roll into the next match which will help us continue to look better going into that next match – hopefully.

Hotspawn: Was there ever a time when the team was in “full panic” mode? You guys had only played four matches up to that point so there was still a lot of season left.

Kuavo: I don’t think we were ever in full panic mode. Our problem is that we would practice and go over things in practice and then go into the match and forget those things. So we forced more at practice to focus more on what we are talking about and stuff like that. It wasn’t a panic like, ‘we suck.’ It was more of a panic like, ‘make sure you remember this when the match comes. All you need to do is remember this part.’ It was just we needed to remember what we talked about in practice.

Hotspawn: So, it was like a mindset thing you had to get into? You obviously know this, but you guys shouldn’t be at the bottom with the talent on the team.

Kuavo: Exactly. We shouldn’t be this bad. We all know we are better than that.

The takeaway from this match is to just be confident

Hotspawn: To go back to the match against the Guerrillas, that reverse sweep was clutch. It showed a lot of passion and guts. Is it almost like the turning point for the season?

Kuavo: We just needed that one match. That match for sure brought everything back to the team. Like, life I guess you could say. As for the reverse sweep, we never felt like we were out of it. Even going into the third map down 0-2, we were like, ‘This is our map. We are going to win this map, win next map and go game five and show how we can win.’ It’s just a whole mindset during the series. No doubts or anything. Our coach made it easier for us like that. Just by coming on stage, giving us a hype-talk, making us forget about last map and just focusing on the next. Once you focus on next map it just makes it easier.

Hotspawn: Is there something you can take away from this win and bring it into the rest of the season?

Kuavo: The first map, I played really bad and we lost. I played really good the third, fourth and fifth map. So, if I can consistently be individually good, our team can just be so much better. The takeaway from this match is to just be confident, call more plays, be more talkative when we are down. I think it just came down to our comm’s being way better and more confident. That match has taught me that we just need to be more confident as a team, talk to each other and have a conversation with each other. Our talent shows when we do all those things. We just need to keep our heads in the game, I guess you could say. We have things we don’t focus on that we need to focus on and this time we went over it before every map. ‘We need to do this and this and this.’ and I think that went well for us. We didn’t do that first map. Just talk to each other and have a conversation. I like when my teammates just want to have a conversation because you don’t like when the comm’s are too hectic. Just confidence and have good communication.

Kuavo and OpTic Gaming used their newfound momentum against the Minnesota RØKKR in an outstanding 3-0 victory where they looked like an entirely different team. Their run ended against the Dallas Empire in the semifinals, but OpTic Gaming LA are looking to continue climbing up the rankings and re-writing their narrative as the season goes forward. Like Kuavo said, they just needed to get that one win to hopefully get it all going.