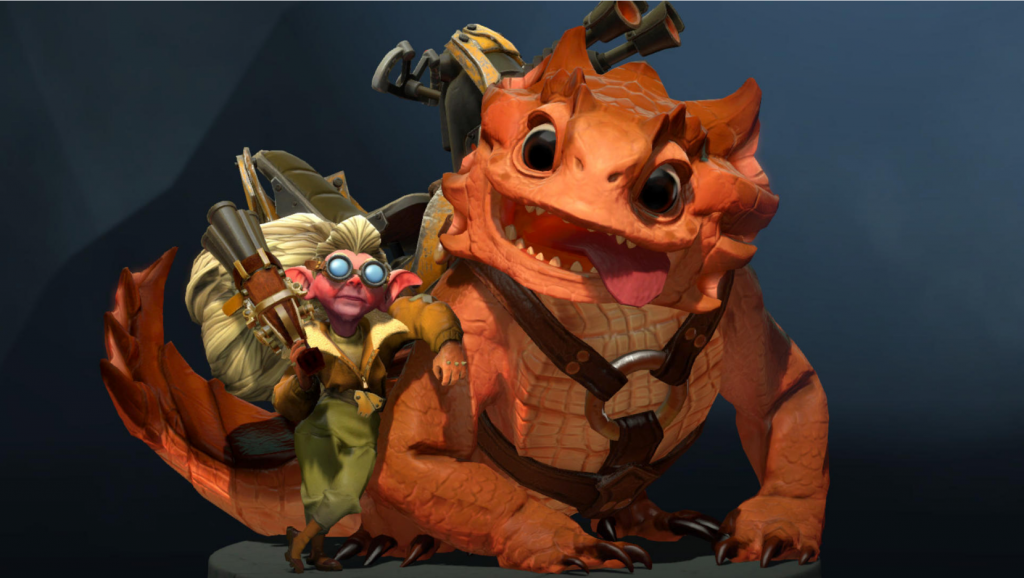 Neutral Items, Snap Fire, Void Spirit, and more: The 7.23 patch was one of the most impactful patches in Dota 2 history. (Photo courtesy Valve)

On November 26th the 7.23 patch for Dota 2, also known as the Outlanders Update dropped. Alongside two new heroes, dozens of new items were added and old items removed. Players now had access to their own personal couriers as standard, and the map was cosmetically changed. It was a titanic change to the game, and players instantly knew it.

The Outlanders Update is HERE!

Realizing two days after the first Dota Pro Circuit event of the season, patch 7.23 would also shake the competitive scene to its core. When the dust settled, the top teams in the world would no longer be dominant, while others would have to relearn how to win in Dota 2. That’s because with so many changes, some teams just flat out couldn’t adapt to the new patch.

Some Of The Best Teams in The World Lost the Plot

Some teams learn patches quickly while others take their time. The best recent example of this has to be TNC Predator in 2019. As the 7.22 patch dropped in late May, TNC was poised to compete. They’d just earned a spot in the EPICENTER Major, and were incredibly comfortable with a hero that had been added to the game just months ago in Mars. A 4th place finish there was the start of the high-road life for this squad. Despite a disappointing TI9, the team instantly made a splash post-TI with three huge at the WESG SEA 2019, ESL One Hamburg, and finally the first event of the 2019-2020 DPC season, the MDL Chengdu Major.

The 7.23 patch would drop just two days after TNC’s remarkable victory at Chengdu, and signal the end of an incredibly impressive run. TNC went from stomping their opponents, to finishing in 8th place at their next event, and barely qualifying for the second DPC major. By February it was clear – 7.23 had broken TNC Predator. They didn’t adapt. The Mars picks didn’t work anymore, and they were slow to pick up and learn Snapfire and Void Spirit. The team thought they could ignore vast swaves of the new patch, and win with the same tactics. They were dead wrong.

Outside of TNC Predator, a number of other teams seemed to struggle or just completely avoid the problem. OG and Virtus.pro flat out didn’t play competitive for the first three months of the patch. It even seemed like they extended their break from competitive just to avoid playing on it. Team Nigma, the freshly announced former Team Liquid stack, also dodged the bullet until January, and struggled to adapt.

But one particular organization took to the patch like ducks to water. Team Secret didn’t miss a beat. With a healthy mix of veterans and young talent on their roster, Secret floundered on their first tournament on the patch. But they bounced back just one month later to win DreamLeague Season 13, and become perhaps the most successful Dota 2 team ever over a one year span. What’s more they did it with a mastery of knowing exactly what the win condition for them in each draft, each matchup, was. Which wasn’t always an easy thing given that…

Without a doubt, the single biggest change added in the 7.23 update was the addition of neutral items. Dota 2 was thrown into upheaval as the entire economy of the game was overturned. Neutral item drops had been a staple of the original Defense of the Ancients when it was still a Warcraft III mod, but were ditched in the stand alone Dota 2. But even in WC3, these were existing items, not an entirely new category.

The patch removed a host of existing items and replaced them with these neutral options. Ranging from levels Tier 1-5, with the more powerful items not dropping into later in the game. At first the items proved a balancing act, with players trying to work out which existing part of their build should be sacrificed for a neutral item. But with the arrival of a dedicated neutral item slot in 7.24, this was no longer a worry. Instead, the true aim of the items came to the forefront – to provide both early-game utility and late-game finishing potential.

This is where neutral items really changed things in 7.23. It’s long been the standard win-condition for teams to grab Roshan and then siege down your enemy’s high ground. But depending on the heroes your opponent has, or how much of a lead you got in lane, the enemy could just turtle and stall the game until the next Roshan fight.

Neutral items gave far more agency to winning teams to push their advantage. Whether just being able to recover from fights quicker or stack camps with Vampire Fangs, or zoom around the map with Spider Legs, the early game pressure you can excerpt with neutral items is incredible.

But moreover, if the game veers into the 40 or even 60+ minute mark, there are the incredibly powerful Tier 5 items to make sure you win. Ballista and Mirror Shield are win conditions all of their own, with or without an Aegis on your team. Single items that can facilitate you taking an entire lane of Barracks or just straight up ending the game.

In Dota 2, support is a role of few trimmings. No shiny ultimate’s to work towards, just that desperate aspirational Aghanim’s that you might sometimes get. Supports didn’t exactly get super rich in patch 7.23, but they certainly got a lot more love. Not having to buy couriers for your carries, and getting a free gold generation item from your existing courier definitely helped. But the biggest injection of wealth to supports came from neutral items.

The simple fact that neutral items come in tiers, and new and better items spawn the longer the game goes, meant that supports could benefit from frequent hand-me-downs. As the carries start to look towards Tier 3 and Tier 4, picking up a spare Keen Optic or Philosopher’s Stone can make a supports’ life easy.

What’s more, despite the fact that almost all gold generating items were nerfed in 7.23, the number of gold generating items supports could grab meant that supports were buying those Blink Daggers and Force Staffs a lot quicker. This all feeds into the competitive scene meaning teams with great support players, or at least those who were willing to give more help to their supports were doing incredibly well. In particular, some heroes who would usually struggle with mana, or just not have enough gold to remain relevant, were pushed into the meta more frequently. You can’t fully put Team Secret’s domination over the past year to Chen being more viable to transition into mid and late game – but it certainly helped.

But while Neutral Items were a huge change, that genuinely transformed the way the game was played, other elements of the patch also made big waves. One of these was, of course, the addition of two new heroes. Both Snapfire and Void Spirit were instantly recognized as strong picks that could have a major effect on competitive play. However, it was Void Spirit that saw the immediate pick up from pro players, with the Spirit brother settling comfortably into the mid lane.

As the patch progressed, however, it was Snapfire who became staples in most team’s arsenals. The raw utility the support offered made her a perfect pick for both soft and hard support roles. She even saw some limited play in mid with even more limited success. But the most striking part of these heroes play was how quickly they racked up the games. Void Spirit and Snapfire both rocket up the rankings in played games, quickly eclipsing niche picks like Techies, Pudge or even Meepo in competitive games played. Snapfire in particular remains one of the most played heroes on the most recent 7.27 patch, showing that these heroes aren’t just good, they’re going to be staples of pro play for some time to come.

Beyond heroes, the changes that looked to shorten games have both worked and backfired at the same time. The cap on XP bounties, the opening up of talent trees at level 30, and the aforementioned Tier 5 neutral items all give teams a way to end games. But as I predicted in the conclusion of my initial breakdown of the patch, there’s also been instances where teams stall out for those same advantages. As a result, games have not trended any longer or shorter following the 7.23 patch. But, titanically long super slogs which go beyond 70 or 80 minutes are virtually unheard of now.

And it’s not done yet…

At the time of writing, we’d been sat on the 7.27 patch and it’s various smaller updates for almost five months. A new hero is reportedly set to be released in the middle of December, marking what could be the biggest shift in the meta for some months. However, nothing on the scale or ambition of the Outlanders Update

It’s rare that a MOBA game fundamentally restructures its entire economy, and in doing so, doesn’t change the entire way the game is played. Dota 2 is still the same game it was prior to patch 7.23, but the priorities for almost every position has changed. On the surface, or to the layman, it would appear that games still end in a siege and a push towards the throne. But teams now have such a variety of ways to get there that the game is far more exciting and complex than ever before.