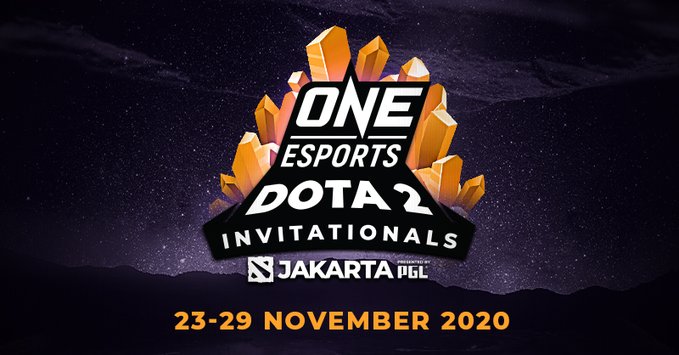 The event will be ONE Esports' fourth Dota 2 event in 12 months. (Photo courtesy ONE Esports)

It’s going to be a big year for Southeast Asian Dota as ONE Esports announces the ONE Esports Dota 2 Jakarta Invitational in collaboration with PGL. The news was revealed Monday on ONE Esport’s official Twitter account, with an accompanying post on the organizer’s website.

Together with our partner PGL, we are thrilled to announce the next ONE Esports Dota 2 Invitational in Jakarta on Nov 23-29! The worlds' best Dota 2 teams will compete for a prize pool of US$500,000. Find out more below!#WeAreOne #ONEDota2JKT #Dota2

The event will be the third Dota 2 tournament hosted by ONE Esports this year, and fourth they’ve held in 12 months. This even follows the ONE Esports Dota 2 World Pro Invitational Singapore in December 2019.

ONE Esports has rapidly grown to become one of the premier Dota tournament organizers in Southeast Asia since their founding in April 2019. The company is also set to host both the ONE Esports Dota 2 World Pro Invitational Jakarta in April, also in association with PGL, and the ONE Esports Singapore Major 2020 in June – a Dota Pro Circuit event.

These 8 teams will be competing for two spots at the ONE Esports Dota 2 Jakarta Invitational via the Offline Regional Qualifiers in Malaysia 🇲🇾 and Indonesia 🇮🇩! Who are you rooting for? #ONEDota2 #ONEDota2ID #oneesportsgg #esports #dota2

The ONE Esports Dota 2 Jakarta Invitational will run from November 23rd until the 29th, putting the event directly in the middle of the first break of new format Dota Pro Circuit. Season One of the DPC’s new Regional League start October 5th, finishing November 15th. The corresponding Major begins on December 11th and wraps up just in time for Christmas on the 20th.

The timing places it in a precarious position. As discussed in our detailed breakdown of potential issues with the new DPC format, teams could be hesitant to attend a tournament during their limited downtime between League play and the Major.

However, with the tournament boasting a $500,000 prize pool – as much as a DPC Major – there’s still plenty of incentive for teams to attend.

Additional information on the tournament, such as the attendees or number of teams, is currently unavailable.