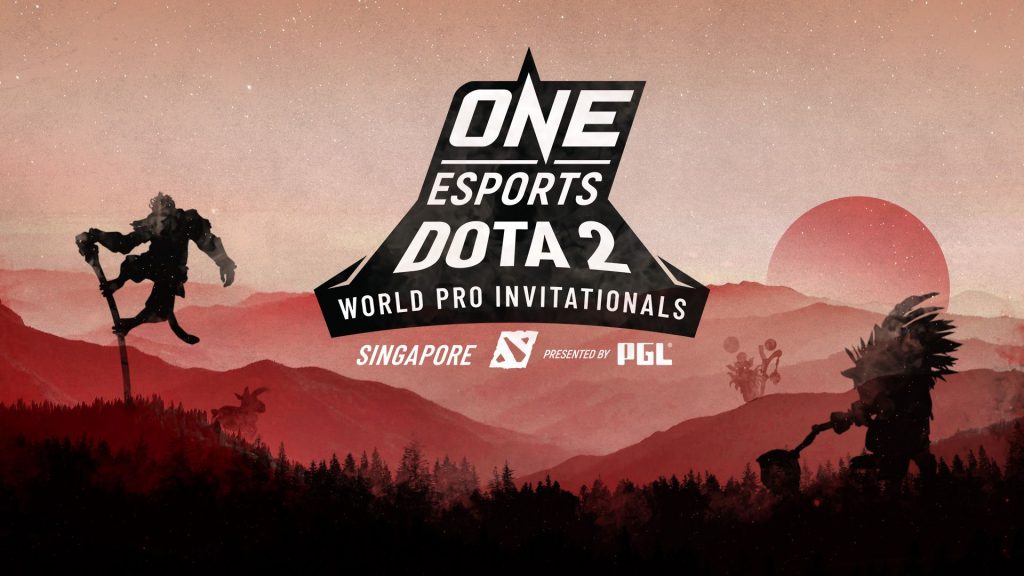 ONE Esports Dota 2 World Pro Invitational Singapore will be the first LAN event played on the 7.23 patch (Image via ONE Esports)

The end of the year is in sight but there’s still plenty more pro Dota 2 to enjoy, as the ONE Esports Dota 2 World Pro Invitational Singapore is set to begin next week. The tournament will pit 12 top Dota 2 teams against each other from December 17 until Sunday, December 22, with the winner walking a $200,000 share of the $500,000 prize pool.

Besides being the first major LAN to be played on the 7.23 patch series, this event will be the first Dota tournament organized by ONE Esports, a subsidiary of ONE Championship, a Singapore-based MMA promotion. ONE is looking to develop the Southeast Asian esports scene and will hold a second tournament in Jakarta, Indonesia, in April next year.

Following a similar format to Dota Pro Circuit Majors, the World Pro Invitational will consist of a round-robin group stage, with the two lowest-scoring teams eliminated from a pair of groups. An eight-team double-elimination playoff will follow, with the Grand Final pitting the winner of the upper and lower brackets against each other.

My first ever LAN event was in #Singapore back in 2005, where I first fell in <3 with @DOTA2 – my last event there was 5yrs ago, which I made into an extended stay spending Christmas/New Years with @SingSing

I fly today ready to cast the @oneesportsgg event in this awesome city pic.twitter.com/WJ4JZBhR2B

But beyond this, the Singapore invitational is an incredibly stacked event, with a fantastic array of teams in attendance. While non-DPC events can suffer from a lack of big-name orgs, there’s not one among these dozen that seems out of place. Although that said, some might be punching a little bit harder than their opponents.

ONE Esports Singapore: The Favorites

One team that’s certain to make waves at this tournament is TNC Predator. The Philippino organization has dominated in the last two major tournaments, picking up first place at ESL One Hamburg 2019 in October, and last month securing the first win of the DPC season at the MDL Chengdu Major. However, the team looked uncharacteristically shaky in the recent DreamLeague Season 13 Closed Qualifiers, dropping to third place in the face of stiff competition from regional rivals Fnatic, and exciting newcomers Reality Rift. This tournament will be a chance for TNC to reassert its dominance in the first Major tournament of the post 7.23 patch world.

Virtus.pro is another instant favorite. Despite having sat out the first two events of the DPC season, the Russian Dota powerhouse doesn’t look like it’s missed a beat. With new carry Egor “epileptick1d” Grigorenko doing some heavy lifting in the DreamLeague Season 13 CIS qualifiers, we’ve had a taste of what this latest iteration of Virtus.pro is capable of. In Singapore, we’ll find out whether that early online success can turn into offline LAN victories.

Pretty soon we'll be taking off to Singapore for the ONE Esports #Dota2 Pro Invitational!
We'll see you then!#VGFighting #VGWIN pic.twitter.com/Se8cbXDqoa

Vici Gaming is another team on a hot streak. In a region that’s seemingly missed a step in recent tournaments, Vici Gaming, along with rivals Invictus Gaming, has stayed strong. The team is hungry for revenge against TNC, who defeated them in the finals of MDL Chengdu. This is a team that always seems to find a podium spot, but with Dota having changed dramatically since 7.23, it will be fascinating to see whether VG can maintain its dominance.

The Middle of the Pack

Not everyone can be an instant favorite to win it all. There are a dozen high-caliber teams at this event, but most haven’t had the consistency to grab a win at a big tournament so far. Squads like Alliance, Team Liquid, Natus Vincere, Evil Geniuses, and Gambit have shown in the past few months that they’re capable of winning small events and online tournaments. But faced with the VGs and TNCs of this world, all have failed to meet the mark.

More worryingly, all these teams seem to struggle in the mid-stages of a tournament. Often Alliance or TL will make it into an upper bracket, only to stumble at the first hurdle, and then have to claw its way out of the hole it dug for itself. This can prove disastrous, especially when much of these teams play-style revolves around feeding everything they can to single carry. It’s rare, for example, to see Alliance win in a game where Nikolay “Nikobaby” Nikolov gets shut down or finds himself in a bad matchup.

We started our @oneesportsgg trip early in beautiful 🇸🇬Singapore with [A] mini bootcamp session.

On the other hand, there are a few unknowns at this tournament. Team Secret has been absent from play since The International 2019. Unlike fellow absentee Virtus.pro, Team Secret looked unsure of itself during its recent online matches. With role swaps, stand-ins, and lack tournament experience this season, Secret could find itself a distinctly middle of the pack squad.

Similarly, PSG.LGD has missed out on many of the early season events. The squad crashed out of the DreamLeague Season 13 China Open Qualifier, leaving it out of the second Major and Minor of the DPC season. As a result, this will be LGD’s first outing against top teams in a major tournament since TI9. It’s unclear whether they’ll be able to perform to a high standard.

The Rest of the Group

Based on past results alone, there are a few teams headed to Singapore just to pick up a quick payday before Christmas. J.Storm have had a tumultuous season so far. Seemingly cursed by the bracket gods, they always seem to run into either the eventual winner of the tournament, or a least a podium finisher, every time they play. The fact they’ve still not settled on a roster three months into their 2019-2020 campaign doesn’t help things either. This squad will have to pull out all the stops if it hopes to advance very deep in this tournament, and will need a miracle to win it all.

Like J.Storm, Team Aster isn’t exactly expected to finish highly at this tournament. Part of the “second-tier” of Chinese teams, Aster occupies a space very similar to CDEC Gaming, and surprisingly, Newbee and EHOME, both former championship-winning organizations who’ve waned as of late. Aster, however, has done far better in recent online tournaments and home region leagues. But even with these performances, the team isn’t entirely on the level of its opponents in Singapore, although it could surprise an unprepared squad.

ONE Esports Dota 2 World Pro Invitational Singapore will kick off at 10 am local time (SGT), with three Group A matches. You can catch all the action from the tournament on ONE Esports’ series of Twitch channels, covering all three of the games simultaneously. And if you’re in Singapore, tickets are still available for the event and can be purchased from ONE Esports’ official site.