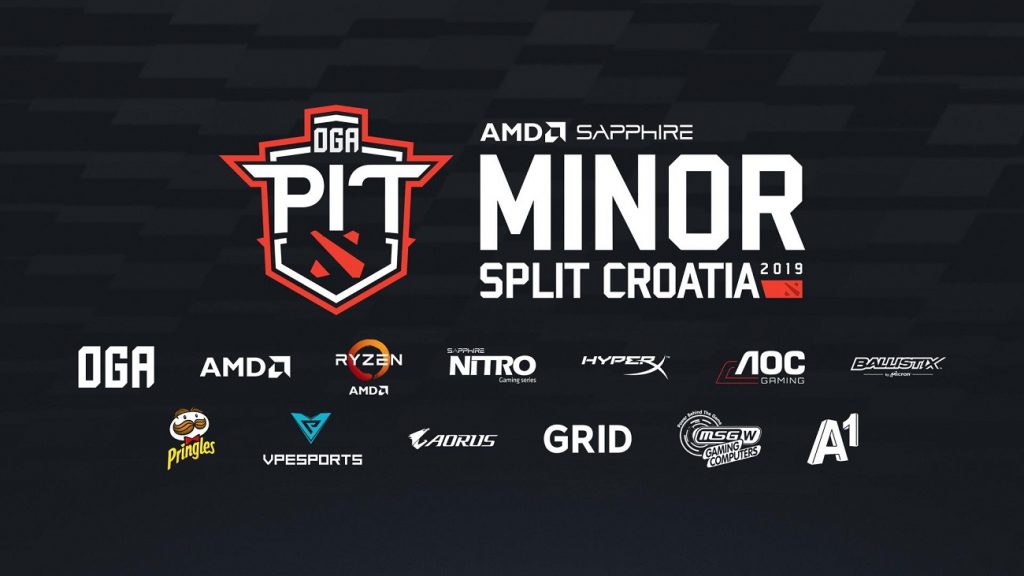 The entire seven-day event will take place in the Spaladium Arena in Split, Croatia. Dota PIT will be the first DPC event to host its group stage in front of a live audience.

With a full week of competition, there’s plenty of DPC action coming our way. This is our guide to all things Dota PIT so you’re prepared for the event.

There are two stages to the Dota PIT Minor. First is a group stage. Teams have been divided into two groups of four. Each group will play best-of-three series in a round robin format to determine seeding into the double-elimination playoffs bracket. The group stage occupies the first three days of the event, April 22-24.

This is the first Minor not to use the GSL-style group stage this season. We think it’s a refreshing change. However, the use of best-of-threes in the group stage with single games for elimination in the playoffs is sure to raise eyebrows. April 27 is scheduled to be the day of eliminations when five teams will be cut in back-to-back best-of-ones.

AMD SAPPHIRE DOTA PIT MINOR 2019 is coming up! Here are the matchups for the group stage! The event starts on Monday with the first match of Group A!

The Minor is stacked with teams that have the potential to be very competitive. However, many of them have experienced lows this season as well. Consistency is going to be the key to winning the tournament. A few brilliant moments won’t be enough to make it through the playoffs bracket, so these teams need to dig deep and show us they can perform at a high level across the entire event.

Ninjas in Pyjamas and Gambit Esports are our stand-out teams in Group A, with Royal Never Give Up and BOOM ID looking to disrupt that and improve on their shared last place results from the previous Minor.

NiP and Gambit have both had great moments this season. NiP are sitting in seventh place in the DPC rankings, solidly with the top twelve who will receive direct invitations. Gambit are sitting in fifteenth place, nearly 300 points outside of the top twelve. Gambit placed second at the StarLadder ImbaTV Dota 2 Minor, shut out by a very impressive Vici Gaming, while NiP qualified directly to the previous Major, DreamLeague Season 11.

Royal Never Give Up, one of two Chinese teams at Dota PIT, came in last place at the StarLadder Minor. They made a roster change on April 14, shuffling their offlaner again to bring back Su “Flyby” Lei from sister squad Royal. At the same time, they switched their coach, replacing Tong “MiKasa” Junjie with Xie “Super” Junhao. We’ll know soon whether or not these tweaks to the line-up are enough to improve their results.

BOOM ID came out of the Southeast Asia region, having repeatedly occupied the third place position there (behind Mineski and TNC Predator). Like RNG, they finished in last place at the  StarLadder Minor. The majority of the team have been together for nearly two years at this point; hopefully, they have some new strats up their sleeves to advance them deeper into this tournament.

Group B looks a little less competitive than Group A, with EHOME the potential stand-out. They’re joined by Alliance, Forward Gaming and Majestic Esports (formerly Pacific eSports). These teams are generally playing with roster shake-ups, making it an exciting group to watch to see which teams are gelling quickly and which are not.

EHOME and Alliance are both right on the cusp of the DPC top twelve. EHOME’s in twelfth place with Alliance in fourteenth. EHOME are playing with some serious changes over their normal roster. Offlaner Zhang “Faith_bian” Ruida was injured at a previous event and will attend Dota PIT as the team’s coach. Their regular coach, Zhang “xiao8” Ning is going to play with the team in Faith_bian’s place. The team also made a roster change, picking up Luo “Ferrari_430” Feichi as their new mid player. Ferrari and xiao8 famously played together on Invictus Gaming in 2011 when the game debuted, but then parted ways when xiao8 joined LGD. Both have won TIs—Ferrari with Invictus Gaming in 2012, and xiao8 with LGD in 2014. The reunion of these two players is exciting, but can they be competitive with such a newly formed roster?

Meanwhile, Alliance have had their own share of hot and cold moments this season. They qualified for and competed at the Chongqing Major in January, but finished in last place. They have Omar “Madara” Dabachach subbing in as their position one carry while Michale “miCKe” Vu takes a break to nurse an arm injury. Madara should be motivated to shine as he’ll want to find a permanent roster for the final DPC event and heading into the TI9 qualifiers.

Forward Gaming are trialing two players currently, Jingjun “Sneyking” Wu in the offlane position and Kartik “Kitrak” Rathi in the hard support role. Quinn “CCNC” Callahan has also only been playing with the team for a month at this point. The team has been disappointed by their results this season, which explains the recent roster shuffle. Time is running out for them to slip into the DPC top twelve—they’re currently seventeenth with 153 points.

Representing South America, Majestic Esports may struggle at this event simply for lack of experience. While it features some familiar South American players, they’ve not had the benefit of playing at international LANs. This may work in their favor if other teams underestimate them, of course.

The points from Dota PIT will not likely be enough to solidify an invite to The International 9 for any of these teams, but winning and moving forward to the Major could very well seal the deal for one of these squads.

The OGA Dota PIT Twitch channel is your go-to spot to view all the games over the next week. Tell us on social media which team you’re cheering for!