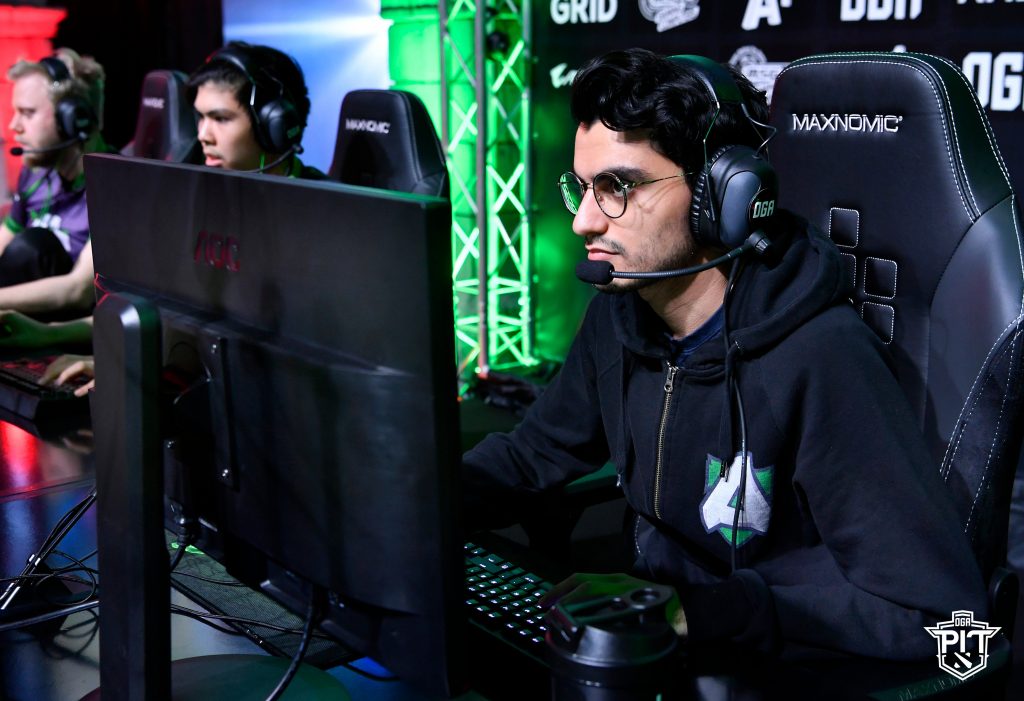 Did you watch OGA Dota Pit Minor 2019’s group stage? If not, you’re going to want to catch up on it.

I know, I know, it was just for seeding into the upper bracket. There weren’t high stakes, so you’re forgiven if you opted out (or had to work a 9-5 job, attend school, live life).

But if you skipped the group stage, you missed some serious upsets.

The playoff bracket is double-elimination. All teams were seeded into the upper bracket, where they will play best-of-threes. The lower bracket, however, will be best-of-ones until the lower finals, which are a best-of-three. Thus, all the teams really want to win, at least, their first best-of-three in the bracket.

Honestly, I’m surprised more teams weren’t griping about the groups on social media. They did have a bit of fun with it:

So, what actually happened?

In Group B, Alliance showed up, winning all three of their series. Even more surprising? Majestic esports took two of their three series, beating Forward Gaming and EHOME. The latter two teams played the last series of the group stage, to determine third and fourth place in their group.

Across twelve series, only two were finished in two games. Ten series went the full three games, which tells us just how evenly matched these teams really are.

If you can only watch one game, I suggest you check out game two of Royal Never Give Up versus Gambit Esports. It was a back-and-forth slugfest, well worth a re-watch. Of course, you might prefer to check out the upsets such as BOOM ID versus Gambit or Ninjas in Pyjamas, or Majestic Esports versus Forward Gaming or EHOME. The Majestic versus EHOME series was also fantastic because it’s still pretty rare that we see Chinese teams and South American teams play each other. Check it out!

Winter Wyvern, Doom, Ember Spirit and Oracle have all seen action in 11 or more games during the group stage, making them the most played heroes at Dota PIT so far. Doom, Nyx Assassin and Razor are the most contested (picked or banned) heroes.

But were those for good reasons? Looking at just one, Doom, it becomes a little questionable. He was picked or banned in 97% of the games played during the group stage. Mind you, he only won 42% of the games he was picked in, so I’m not sure what teams are thinking there. More successful was the Sand King, who was picked in nine games and won eight.

To win the tournament, some teams are really going to need to rethink their drafting. Is it possible that these teams have been saving strategies for the playoff bracket? While the concept is pretty much a meme at this point, it’s not impossible that it’s true in this case. Because the stakes were low, no elimination on the line, no seeding into the lower bracket, teams weren’t under much pressure to perform.

Who the heck knows!  With long series during the group stage and so many unexpected results, I wouldn’t presume to know who will outperform the other teams during the playoffs. Royal Never Give Up are still looking good, so at least that expectation holds.

All of the teams should turn it on for the playoffs as precious Dota 2 Pro Circuit points are on the line now. The most exciting first round match-up is probably Alliance versus Gambit Esports on April 26.

April 27 is the big elimination day; five teams will go home as Dota PIT pares down to the top three. That’s a must-watch day as is April 28, when we find out who wins it all and moves on to the Paris Major.

Tune into twitch.tv/ogadotapit every day through April 28 to watch how it all unfolds.