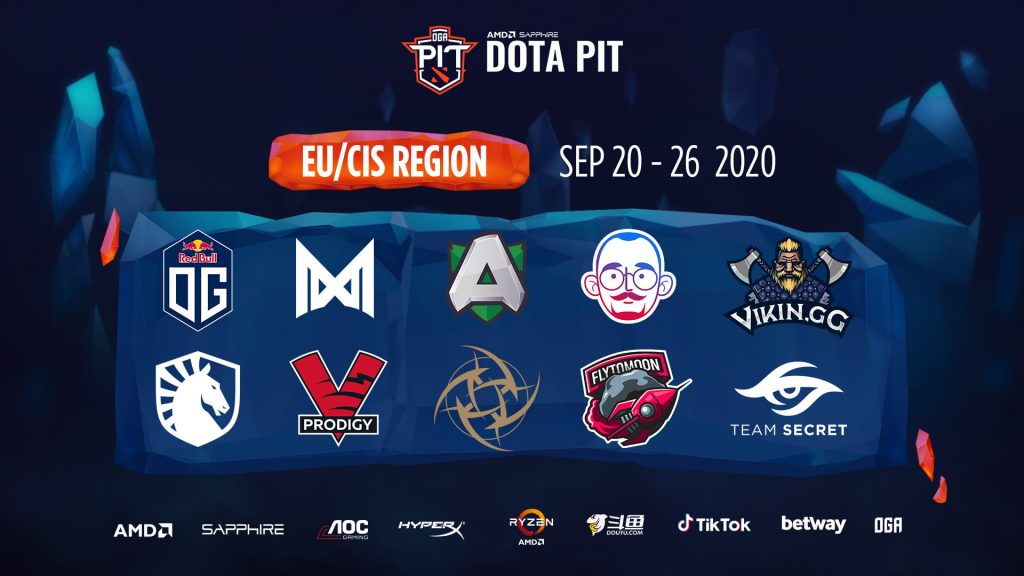 Hot off the success of its previous two seasons, OGA Dota PIT returns for its most stacked tournament yet (Image via Dota PIT)

While information about official tournaments and the DPC has finally been revealed, that hasn’t stopped tournament organizers from diving into the fray with more online events. One Game Agency, the organizer behind the Dota PIT series, has announced the third iteration of its online event. The tournament was revealed in social media posts made early on September 11.

Hot off the success of the previous season, which saw Team Nigma triumph against seven other hopefuls, Season 3 of OGA Dota PIT is poised to deliver yet more top Dota action. Set to run from September 20 to September 26. Closed qualifiers will see two teams join six directly invited squads for the main event.

We are your @OGADotaPIT Grand Champions! Give it up for @rmN_dota for such a great performance throughout the tournament👏

The main event already looks stacked, with Team Nigma, VP.Prodigy, Team Secret, Team Liquid, OG, and Alliance all accepting the invite. In the closed qualifiers, FlyToMoon, 5men, Vikin.gg, and Ninjas in Pyjamas will compete for the final two spots.

With a host of top tech sponsors, such as AMD, SAPPHIRE, Betway, HyperX, TikTok, and AOC, it’s no surprise that this event has a great prize pool as well. Teams will be competing for a share of $175,000, with the winning team walking away with the lion’s share of $70,873. However, even the closed qualifier teams are guaranteed something for their trouble, with $2,500 on the line for them.

Time for more Dota 2 action! We will be participating in the @OGADotaPIT S3 Closed Qualifiers! 🔥

The event will use a double-elimination format, with best-of-three’s all around. The format also means no group stage, so we’ll be right into the play-off action from the moment the main event starts.

The tournament is scheduled to be broadcast live on OGA Dota PIT’s official Twitch Channel. For more information, check out the announcement on OGA’s website.