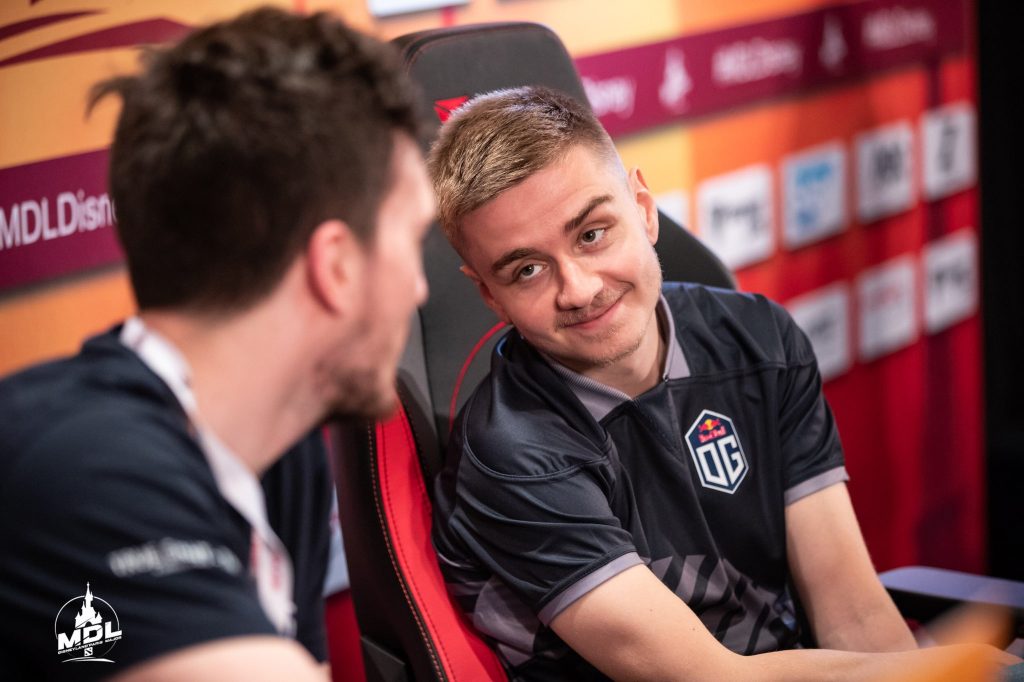 In two very fast games of Dota 2 at the MDL Disneyland® Paris Major, OG sent a message to doubters: we are here to compete.

The winners of The International 8 blasted through Virtus.pro with a Drow Ranger line-up and then a Magnus-Phantom Assassin draft. Having said that, the entire roster had great games. The first game was over in under 24 minutes, while the second lasted fewer than 20. These two games are worth watching as OG show what it’s like to have a solid plan—and then actually execute on it.

In a post-game interview, Helen Xu spoke with “ana” Pham. Ana expressed that the team’s still feeling things out, enjoying playing together again. He thinks they’re on the right track—surely an understatement after the blowout series.

This is the first LAN the reunited OG roster has played at together. With their win over Virtus.pro, they’re guaranteed a top-six finish, worth at least 900 Dota 2 Pro Circuit (DPC) points. That will jettison them into the top 12 in the DPC rankings, with only one more Major left in the season.

For their part, Virtus.pro has been called the “raid boss” of Dota 2. They sit comfortably in first place in the DPC rankings, with a 900 point lead over second place Team Secret. Virtus.pro has already secured their invitation to The International 9, so is it possible they’re not taking this event as seriously as other teams?

OG will next face Team Secret on May 10, while Virtus.pro drops to the lower bracket. The CIS squad will play on May 9 versus the winner of Team Empire versus Mineski.