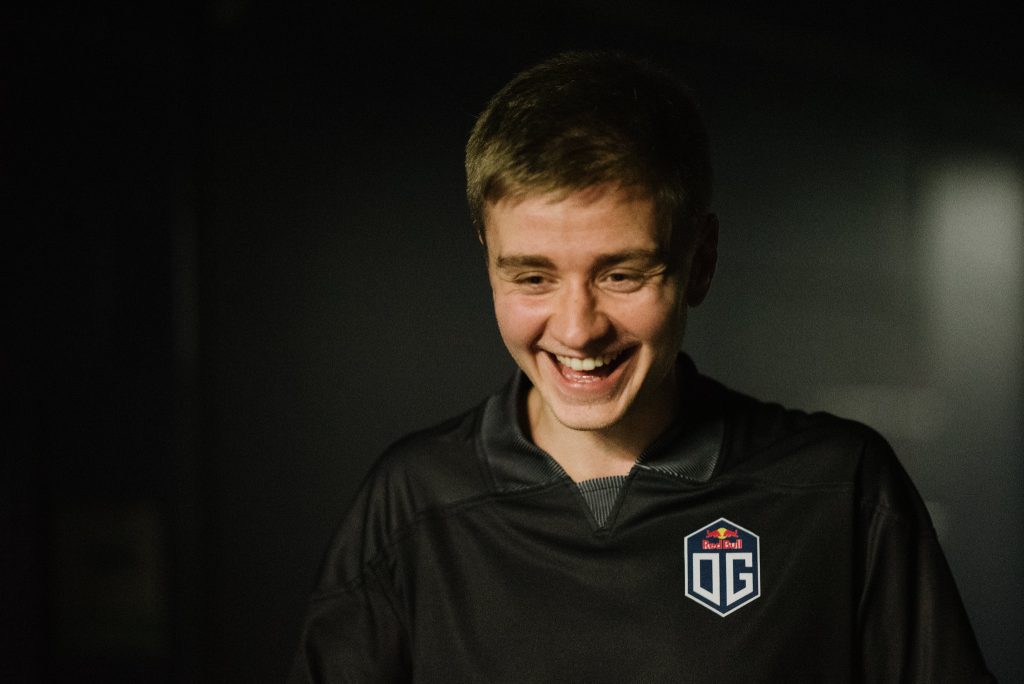 OG overcame long-shot odds last year to win The International. Can they repeat? (Image via Valve)

Last year, OG made a true Cinderella run to The International 2018, overcoming incredible odds and obstacles. Proving pundits wrong, they beat out the other teams and lifted the Aegis in Vancouver, Canada. So how did they fare over the past year? Let’s take a closer look at the returning champions: OG.

OG are all smiles at the EPICENTER signing session. (Image via EPICENTER)

Last year, OG remade themselves in time for the Open Qualifiers for The International 2018. With very little time to fuss about, they had to fill two positions on the squad. Bringing in ana, who had played for the team previously, and Topson, a virtual unknown, looked like madness from the outside.

Against the Odds we qualified to #TI8 and faced the favorite team in the Grands Finals.

Against the Odds a documentary by @redbullesports is now live.

And then the team took a two-month-long break, skipping the first set of Dota 2 Pro Circuit events entirely. It was a break that would extend another four months for ana. In his absence, the team tried out Pers Anders Olsson “Pajkatt” Lille and then Igor “iLTW” Filatov. Neither of them stuck though. For whatever reasons, the team couldn’t find a cohesive approach to the game with these rosters.

Ana returned just in time for the MDL Disneyland® Paris Major qualifiers, and the team squeaked in as the third squad from Europe. They placed fifth-sixth there, and then repeated the trick for the EPICENTER Major where they placed seventh-eighth.

At The International 2018, no one saw OG as a threat. They were too new, too untested to threaten the top tier teams. This year, there’s a lot more tape available, there’s a better sense of how well (or not) they’re playing together. Last year, they were motivated by emotion (due to having two players abandon them out of the blue) as well as the desire to win. This year, they don’t have to prove themselves. OG, this exact roster of players, have already won the biggest prize in Dota 2.

Can OG find that need to win to push them to their limits, to overcome the competition at TI9?

There’s no denying that these are five individually skilled players.

Ana’s lack of hesitation, his ability to push himself to make the plays that keep the team in the game, especially when they’re playing from behind, was an incredible asset for the squad at TI8. JerAx’s ability to find and disable the enemy across the map is invaluable for making team fights manageable and for creating windows of opportunity for his carry players, either to come online or to press the advantage. Topson’s a top tier mid player who brings a penchant for off-meta heroes to the table. Ceb was a coach for years who has proven he can carry hard from the third position, if necessary. And N0tail brings experience from multiple positions, from winning and losing teams, to the table. He understands the mental aspect of the game, the power of friendship, the value in trusting and communicating with your teammates. And he plays a relentless Nature’s Prophet.

The difficulty this year, as we saw in Paris and Kyiv, is that OG haven’t figured out a way of playing the game that’s superior to how everyone else is playing the game. And while OG fans might like to believe this team is merrily staying under the radar heading into TI, the “saving strats” theory has never proven correct about any team in the past.

Still, if OG has taught us anything, it’s that the underdogs can absolutely win The International. It would be foolhardy to count this team—or any team—out of the running at The International 2019.

This concludes our series of team profiles ahead of the International 2019. Please check out the other teams who will be competing and let us know on social media (Twitter, Facebook) which team you think will win TI.