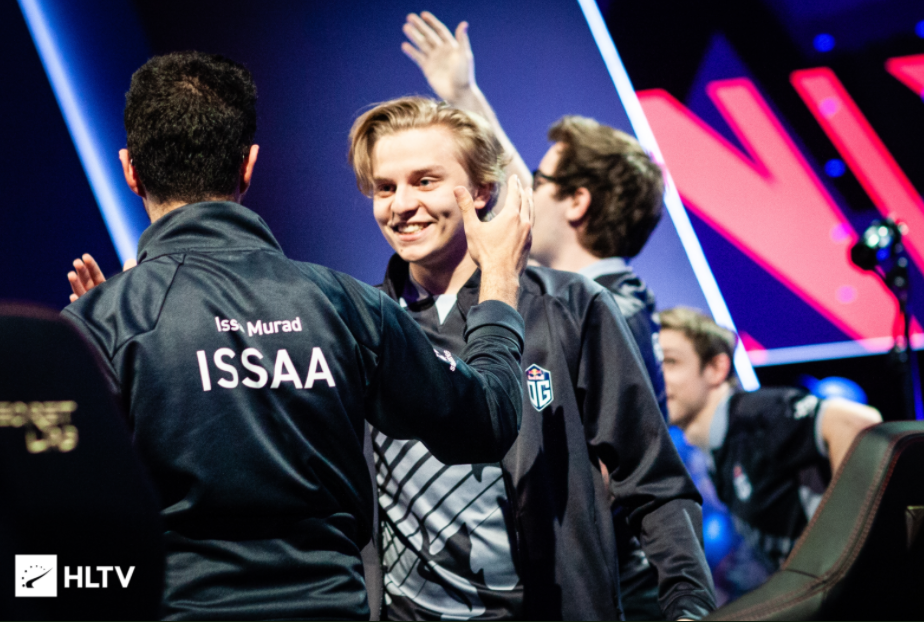 Group D of ESL Pro League Season 11 has seen its first major upset. Group favorites mousesports have fallen to OG in a three-map series. After the first map set a competitive tone for the match, no one could have expected what would happen afterwards.

The first stop was OG’s Mirage pick. However, it was mousesports who got off to a blazing start. After taking the pistol round with a CT side Mid push, the anti-eco went their way as well. Round three was the first gun round. Mousesports dominated OG’s Apartments push, forcing OG to save again. The next gun round saw OG be mowed down on a Palace push. Mousesports earned seven defensive rounds before OG finally woke up.

OG used their first standard execute onto the A site and barely held off the retake to score their first point. The mousesports money was low, resulting in a save round and a second for OG. The A site was once again under fire by OG, this time through Mid. The mousesports economy was broken every other round as OG continued to play for executes. The final round of the half went OG’s way thanks to a 1v2 from ISSAA. OG had gone from 0-7 to 8-7.

Mousesports won the second pistol and used it to take next two rounds as well. OG’s forward pressure on A ramp countered the mousesports Connector push, allowing the CT side to get their first tick. A fast B rush saw mousesports take a three-round lead. OG then employed multiple strategies based around fake utility to funnel mousesports right into their crosshairs. The lead swapped as OG took five rounds in a row.

Mousesports got their first rounds in a while by catching OG in rotation at multiple points. OG’s ensuing triple AWP strategy also failed, but the 2 AWP 3 USP round was a different story. Now with OG on match point, it all came down to round 30. OG got the opening frag, but mousesports Window control netted them all the frags they needed to earn overtime.

OG got their sixteenth by cleaning up an A contact push, but mousesports went right back to it twice more successfully. With mousesports now on CT side with a lead, the close out came quickly. Ropz and Frozen both broke 30 kills denying OG’s attempts on the A bombsite. Map one went to mousesports 19-16.

Now on mousesports’ map of Train, the series looked dire for OG. Any worries about them were soon dispelled. After NBK- pulled off a 1v3 on pistol round, OG’s CT side started with a 3-0 lead. OG were stuck on four MP9’s for the bonus round, but they got three kills before losing it. Once the real guns were out, OG looked impenetrable. Their B players held strong, forcing mousesports to play towards the A site. OG used aggressive angles to limit the mousesports attacks before they even began. Mousesports’ best chance came in round nine, but ISSAA managed to turn a 1v3 situation around.

Mousesports finally got a second round on the board with an A site take thanks to a little help from missed sprays by OG. Mousesports then brought out an incredibly unorthodox triple AWP setup on T side. Additionally, they funneled into the B site with it and were demolished. That decision cost them three more rounds. The final brute force push into A went mousesports’ way, but the score at the half was 12-3 for OG.

The second pistol round was secured by mousesports. OG full saved and got a bomb plant in the second to begin their T side campaign. An Ivy flank by Aleksib cracked the A site wide open to earn their first round of the half. Mousesports’ force buy couldn’t hold the B site, putting them on pistols as OG earned map point. The closer came easily as they took the outer site and the map with a dominant 16-5 score.

Mousesports losing their best map was unexpected, so their performance on Inferno was in question from the start. OG started their CT site strong with pistol and anti-eco round wins. Mousesports bought up in round three, but they couldn’t even break OG’s MP9 bonus round on the A site. OG’s lead grew to 5-0 before mousesports finally found enough opening frags to force rotations and take a round. Their economy was weak, but good enough to force up with half SMG’s. They used them to deny a Banana push and immediately take the wind out of the mousesports’ sails.

Despite repeated failure there, mousesports kept attacking the B site to no avail. Down 8-1, they tried pushing Mid through a smoke and were cleaned up on the other side. No matter what strategy or variation mousesports showed, OG had an answer for every one of them. The A site was the target later in the half, but OG’s defense was just as oppressive there. The half ended 14-1 for OG as they turned all expectations on their head.

Mousesports did take the second pistol round to give them the foundation for a comeback. OG then tore that foundation apart by trading well on an A site push to earn match point. One Banana attack and retake denial later and they had completed the 2-1 upset with a 16-2 thrashing of mousesports on Inferno.

With this win, OG have put themselves in position to advance to the next stage of ESL Pro League. They now have a 2-0 record and the head to head tiebreaker over another top competitor. As long as they clean up shop against Virtus.pro on April 2nd, OG will have a great chance at upsetting this group of death.

Mousesports are in a tougher position, but they still have a win and tiebreaker over FaZe Clan. They should be fine so long as this loss isn’t a signal that a major collapse is coming. It should be a worry however, as getting demolished that hard by OG exposed a lot of weaknesses. Mousesports is known for their ability to bounce back. Hopefully they can work out their issues soon.