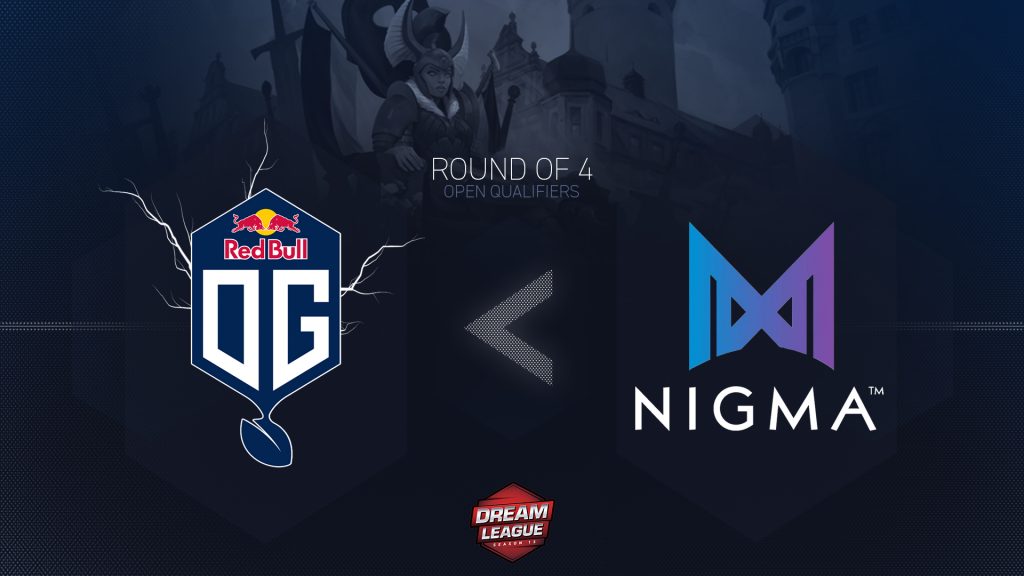 OG Seed crashed out of the DreamLeague Season 13 Europe Open Qualifiers, after hitting a brick wall in the form of Nigma. (Image via OG)

Tournament open qualifiers aren’t always the most noteworthy parts of competitive Dota, but with the DreamLeague Season 13, there have already been a lot of crazy happenings. In the first competitive matches on the new 7.23 patch, we watched Chinese teams PSG.LGD and Keen Gaming both be eliminated by far less notable squads.

But now in perhaps the most notable match of the entire pre-tournament, OG Seed have been knocked out by Nigma. The former Team Liquid stack, who’s new name and organization were only revealed just before qualifiers began, defeated OG’s new developmental team in a straight 2-0 victory.

It was a tough series, but your boys were up to the challenge and made sure to stand victorious,we take the series by 2-0.

We thank OG.Seed for the great games and wishing them the best for what's yet to come, stay tuned! pic.twitter.com/05EdZaNQvF

With their defeat, OG Seed are out of the next two DPC tournaments; the WePlay! Bukovel Minor 2020, and DreamLeague Season 13: The Leipzig Major. And while a series of unlikely events (multiple teams dropping out, unable to compete, and OG Seed getting the replacement invite spot over every team ahead of them in the upcoming closed qualifier), could see them compete, in reality, we won’t be seeing any OG squad compete at a DPC from now until some time in March.

The manner in which OG Seed was defeated was incredibly unceremonious. Unlike the best of one matches which saw Chinese powerhouses LGD and Keen eliminated, this was a long-time coming beatdown from Nigma, who stormed through their bracket on the way to a spot in the Closed Qualifiers.

In their first game against OG Seed, Nigma looked like they’d not missed a beat since The International 2019, and new patch be damned, they mopped the floor with OG’s up-and-coming talent. The second game started promisingly for OG Seed, with support Petu “Peksu” Vaatainen picking up a cheeky first blood on Kuro “KuroKy” Takhasomi.

As the horn is blown to announce the beggining of this game @Peksudota secures First Blood on the enemy Puck!#DreamOG pic.twitter.com/Z6v60QeEDA

Support Lifestealer is one of the new wrinkles that patch 7.23 has brought to Dota 2, along with a number of other anomalies that have caught teams off guard. But even with one of the strongest carries in the game sitting in the five position, OG Seed could do nothing as Nigma stomped their way to victory.

In many ways, the bracket was the architect of OG Seed’s defeat. This was an unusually stacked open qualifier. Nigma, the squad that came second at TI9, and Team Secret, a stack that won two Majors last year, were down in here in opens, slumming it with teams that have barely made a Minor before. You could reasonably argue that if OG Seed had been drawn on the other side of the bracket, in place of Team Secret, we’d instead by talking about how Nigma or Team Secret were set to miss their second Major of the year.

But as things stand, it’s OG that are missing out on more competitive Dota. Their seed has failed to flourish, and we’ll have to wait until sometime in February before we see either of OG’s lineups in DPC-level competition.