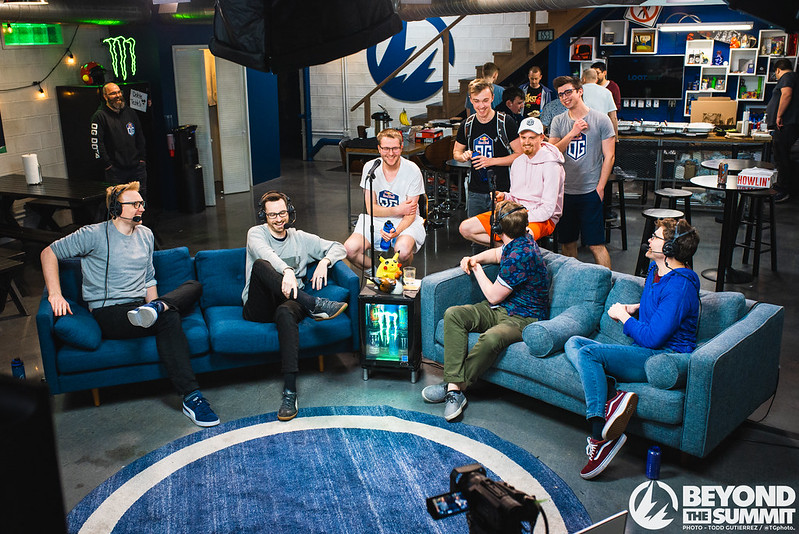 OG.Seed beat out veterans of Evil Geniuses to advance to the Summit 12 Grand Finals. (Photo courtesy Beyond the Summit)

The final day of the LOOT.BET Dota Summit 12 began with a matchup between teams who entered the tournament on opposite ends of the spectrum. Evil Geniuses entered the event as the prohibitive favorite while OG.Seed had most recently finished eighth in the LA Major qualifiers. EG have been called a super team of hand picked international talent while OG.Seed is composed of players yet to have their big break.

Game one of the best of three series began the story with the expected outcome. A clean sub 30-minute victory from Evil Geniuses where they looked to outclass OG.Seed in every aspect of the game. Leading from minute one until the explosion of the Ancient, EG showed off a deft understanding of how to counter the common meta heroes of the current patch. Behind an outstanding performance from all three core players, Evil Geniuses seemed ready to quickly 2-0 their opponents and move on to the grand finals.

OG.Seed refused to be written off in game two however. Drafting a lineup that focused on a strong mid game timing window and the ability to fight without cooldown reliance opened up the aggression that OG.Seed have surprised many teams with at the Summit thus far. Evil Geniuses jumped out to an early lead, racking up kill after kill on Fly’s Oracle and Abed’s Leshrac. Once the mid game came into full swing OG.Seed began to hit back. Playing around Xibbe’s Timbersaw and the Diffusal Blade timing on Marada’s Phantom Lancer, Seed claimed huge kill streak bonuses from both Fly and Abed in quick succession. This proved to be the turning point of the game and OG.Seed continued to roll their way to victory, forcing a game three in the contest.

If you can only watch one game of the Summit 12, you have to watch this game three. Both teams turned back the Dota clock and reached for strong late game hero combinations in the meta lately. OG.Seed controlled much of the early game tempo, constantly abusing the weak laning stage of Arteezy’s Spectre. Once the mid game began however, the hyper mobility and exceptional vision control from EG’s heroes began to pay off. Scoring a series of critical pick offs, Evil Geniuses began to constrict their noose around OG.Seed’s base. At some points it felt as though only Madara could farm using his Terrorblade illusions to claim gold his hero could not.

Nearing a 20,000 gold deficit, Madara went all in on a Divine Rapier to try and turn the tides. Not many prospects are scarier than a Divine Rapier Terrorblade and Madara soon became a nightmare for Evil Geniuses. After shredding through two teamfights and several EG buybacks the gold difference had been halved. In a critical fight near the Roshan Pit however, Fly and Abed, who had been carrying EG for much of the early game combined to steal the Terrorblade’s trump card.

The game seemed all but over until overconfidence inspired by claiming an Aegis of the Immortal on the Rapier toting Storm Spirit led EG to make a critical blunder. Looking to end the game Abed initiated a team fight that would spell doom for the North American super team. Returning the Rapier to Madara’s Terrorblade in a wild fight left OG.Seed with an opening to march down mid and end the game. OG.Seed continue their surprising run and move on to play a best of five against Fnatic in the Grand Finals. 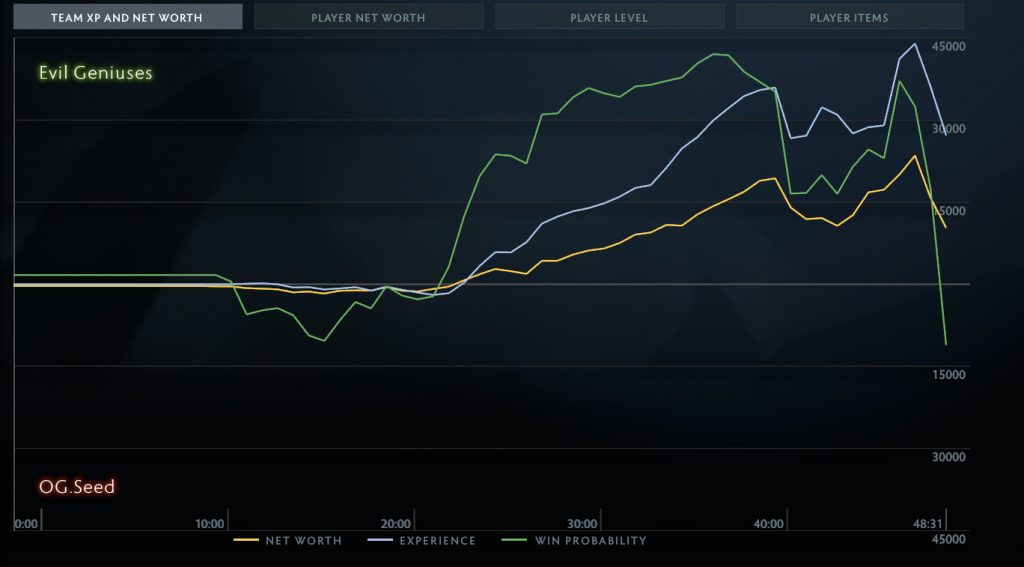