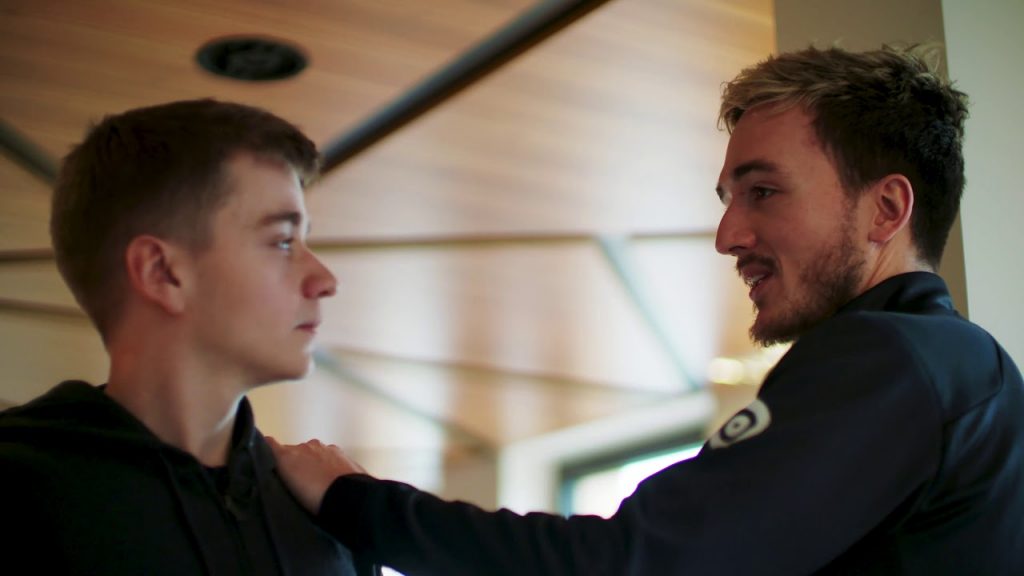 There have been rumors. There has been speculation. But finally, we now know for sure what’s next for OG. In a series of tweets, the reigning Dota 2 World Champions, and two time The International winners announced they would be absent from the next Major, and would instead by sending their new team, OG Seed.

One of the most unexpected decisions in Dota 2 history was first teased by the organization on Twitter. A video posted earlier showed Johan “N0tail” Sundstein relaxing in the OG facility, before heading to a practice area to play Dota. There he’s interrupted by coach Titouan “Sockshka” Merloz who simply says “You’re the coach now.”

The short clip sent waves through the Dota 2 community, who theorized everything from N0tail’s retirement to the team’s move to CS:GO. But luckily for fans and theorists alike, there wasn’t too long to wait. A few hours later all was revealed.

In a video posted to YouTube and an accompanying post on their official website, N0tail explained the team’s future – the squad would miss the next Major, instead, focusing on coaching their new developmental team OG Seed. With a lineup featuring Rasmus Johan “Chessie” Blomdin, Omar Mohammad “Madara”  Dabachach, Peetu-Elmeri “Peksu” Väätäinen, Andreas Per “Xibbe” Ragnemalm, Zakari William Lee “Zfreek” Freedman, OG Seed is described as “a team of players we strongly believe in but that haven’t yet reached the achievements they feel they can reach.”

If these names seem familiar, it’s because many of these players have been staples of pro teams for a number of years. Chessie had an impressive run with Complexity, while fellow carry Madara’s time with Ad Finem was incredibly promising. Peksu was part of Pelaajat.com and SFTe-sports when those teams achieved a number of victories at minor tournaments. Xibbe narrowly missed out qualifying for TI9, while Zfreek was a consistent support for Complexity, occasionally alongside Chessie.

N0tail confirmed OG would still be on the hunt for a third TI title, but with their absence from DreamLeague Season 13: The Leipzig Major, the team will have missed close to six months of professional Dota. The team explained that their first aim was to get OG Seed qualified in the European Open Qualifiers for DreamLeague Season 13, which begins on November 28.

N0tail put things perfectly in the reveal video: “This is OG in a nutshell.” One of the most successful teams of all-time has decided to focus on helping up-and-coming players reach the biggest stages. Not only does this move send an incredible message to their fellow Dota organizations, but shows the team’s dedication to both the ecosystem of professional Dota and to the scene as a whole.

The full reveal video, as well as additional information,  is available on OG’s official website. To watch OG Seed, OG’s brand new developmental team, in action, check out the DreamLeague Season 13 Europe Qualifiers on Twitch from November 28 until December 4.