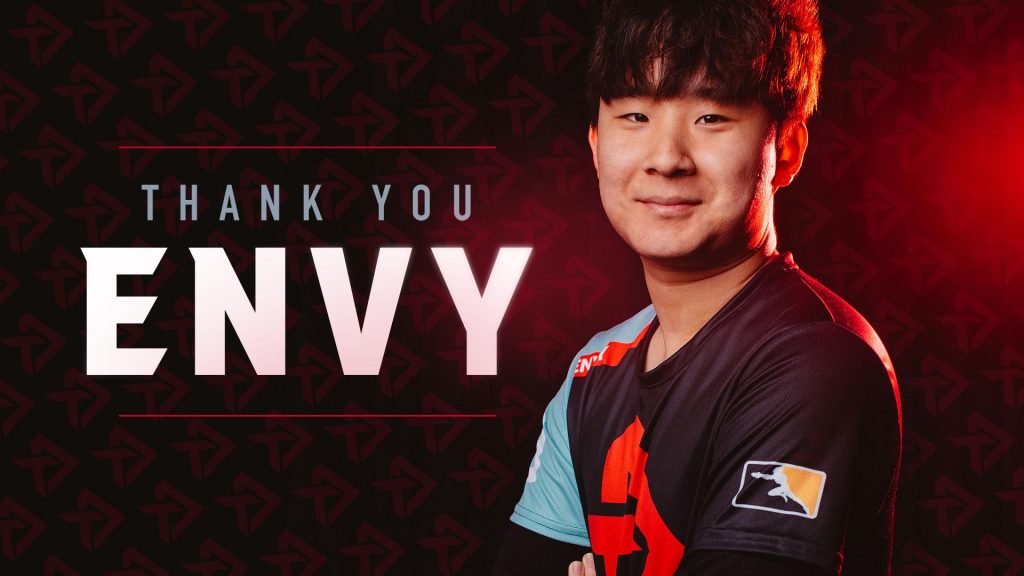 The Shanghai Dragons will be Envy's third Overwatch League team of his career .(Image courtesy of Toronto Defiant)

Lee “Envy” Kang-jae has been acquired by the Shanghai Dragons from the Toronto Defiant after spending just half a season with the squad.

We’re happy to announce Kangjae “Envy” Lee joining the Shanghai Dragons from the Toronto Defiant. Please welcome him as the newest member of our roster!

The Defiant had brought Envy into the fold to help bring some experience to the expansion franchise and the off-tank player did that. Envy was a solid, if unremarkable, D.Va player for the Defiant but he became expendable after Toronto called up Daniel “Gods” Graeser and Normunds “sharyk” Faterins from the Montreal Rebellion.

As many teams start looking towards consolidating their roster to a single-language – typically Korean – the Defiant have gone in a different direction by creating a mixed roster with their addition of Gods and sharyk. However, Gods and sharyk have played together for some time and their synergy could be a key factor in Toronto turning their season around.

The Dragons desperately needed to add some quality tank depth to their roster with just Noh “Gamsu” Young-jin and Kim “Geguri” Se-yeon as the only true tank players. Geguri has primarily been the Dragons’ D.Va player but she has been rather underwhelming in her sparse playtime. For that, and other reasons, the Dragons have been deemphasizing D.Va play and focusing on Sombra-based comps. The acquisition of Envy likely means that Geguri’s already dwindling playing time will evaporate.