Octane on Losing to OpTic Gaming at CWL London 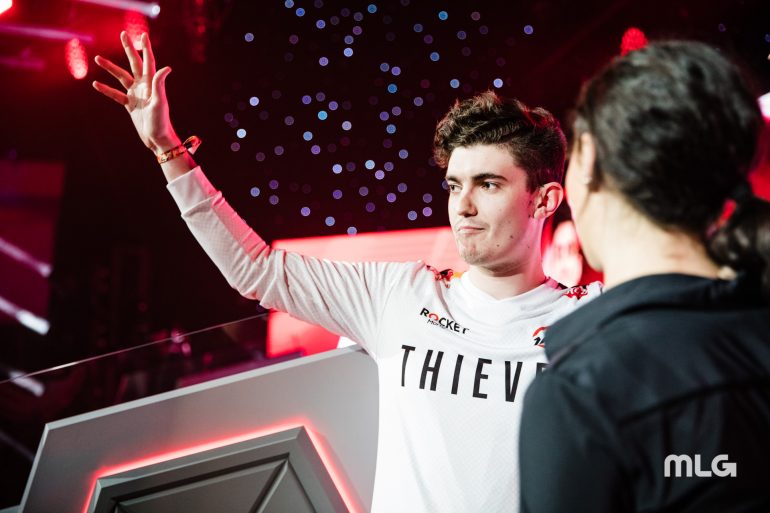 Sam “Octane” Larew is one fifth of 100 Thieves, perhaps the favorite team coming into CWL London. After crashing out of CWL Fort Worth due to unfortunate circumstances, Octane and his teammates are looking for redemption.

We spoke to the Assault Rifle extraordinaire about his enjoyment over being booed and losing to OpTic Gaming in the group stage.

The quality of practice and punctuality was a hot topic online leading into this event, has this affected your team at all?

Being late is a phenomenon in Call of Duty for some reason. We’re usually pretty good, all five of us are pretty punctual and have a set time in which we begin scrimming. We’ve stopped practicing against select teams because it became a huge hassle; the time-torching aspect is definitely big in Call of Duty at the moment.

It hasn’t ruined practice but it puts me in a bad mood – you’re wasting nine other peoples’ time. It’s stupid.

You had a pretty easy ride in the group stage until you matched up against OpTic Gaming. Can you talk us through your experience there?

We’ve beaten Enigma6 numerous times throughout the year so we felt comfortable against them, we knew how we stacked up and the vetoes. It’s the same story with Team Reciprocity, too – it was close but we got the job done.

Going into the match against OpTic Gaming, we knew how the vetoes would go but they just came out and performed really, really well. It was an incredible series of Call of Duty, it was a lot of fun and I enjoyed playing it even though we lost; I was all smiles afterwards regardless.

You’ve just taken down eUnited. Do you think their public internal problems was part of that?

I don’t know. That series was super weird because the maps they we ended up playing were definitely not something we expected, their shtick is their Saug duo so we were anticipating close-quarter maps.

In terms of their team problems, they’ve had a number of issues but sometimes Call of Duty is just simply a quick series and that’s all there is to it.

If you could choose the opponent you’d meet in the grand finals of this event, which team would be your pick?

It’d have to be Team Reciprocity just for the crowd. When I won CWL Birmingham, we beat Splyce in the grand finals and the atmosphere was great. The crowd was nuts, it was split 50/50 and they were going mad. They weren’t even watching the series at one point, they were just shouting at each other. If I had to choose a really good team to play though, I’d be happy with either OpTic Gaming or FaZe Clan.

So playing in front of an international crowd is good for you, even if it’s against you?

Yeah, for sure! I like it when the crowd roots against us, when we played Team Reciprocity we were being booed the entire time. I like that the crowd is animated and is getting into the series – in America, the crowd is has the same few chants, like “Let’s go OpTic.”

Another thing I like about European crowds is that they’re not fair-weather fans, they’ll cheer for their team no matter what. I like coming overseas because it’s generally a really good experience, and the crowd is definitely part of that.