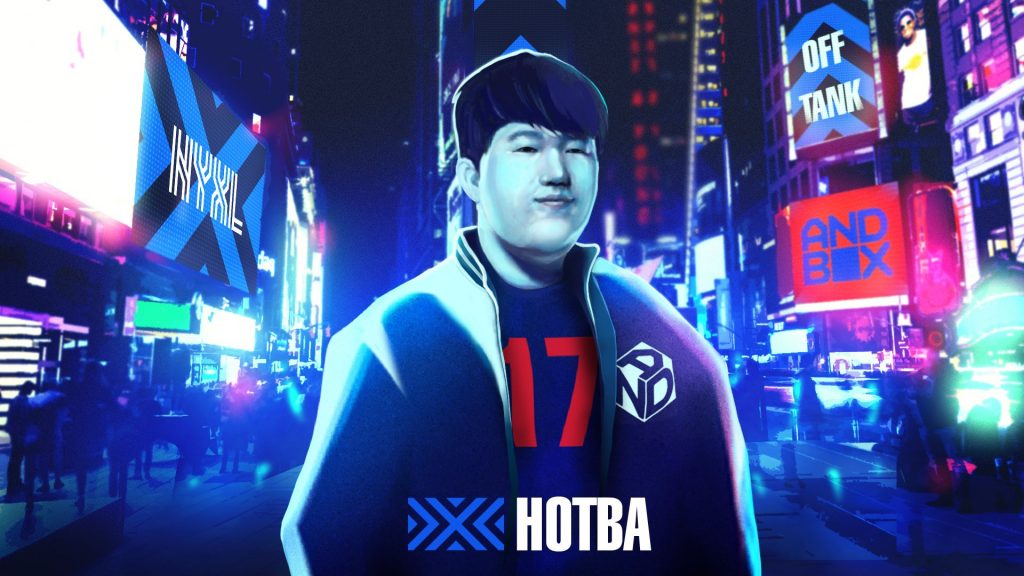 Hong-joon “HOTBA” Choi was one of the most versatile off-tank players during the 2019 season of the Overwatch League. Despite his strong play, HOTBA was recently released from the Guangzhou Charge. He wasn’t on the market long, though as the New York Excelsior took to Twitter to announce he will be part of their roster for the 2020 season.

Please join us in welcoming @HOTBA_OW to the @andbox_official family as the new off tank for the NYXL squad#EverUpward pic.twitter.com/G82faE2INS

New York will be HOTBA’s third home since the beginning of the Overwatch League. He was part of the Philadelphia Fusion squad in 2018 and the Guangzhou Charge in 2019. Despite bouncing around between teams, HOTBA has been able to make an impact wherever he has gone. He helped the Philadelphia Fusion to a second-place finish in 2018 and the Charge to a late-season resurgence in 2019.

During his run with the Fusion, HOTBA was inserted into the starting lineup midway through the season. He was eventually benched again late in the season for Gael “Poko” Gouzerch. Despite being replaced at off-tank, HOTBA was able to show his versatility on stage, surprising everyone with his top-tier Tracer play during the Fusion’s 2018 deep playoff run. He continued his versatility with the Guangzhou Charge but eventually was limited when the game implemented the 2-2-2 role lock heading into stage four of the 2019 season.

HOTBA should fit in New York nicely along with superstar talent that includes Dong-gyu “Mano” Kim and former Overwatch League MVP, Sung-hyeon “JJoNak” Bang. The NYXL released Tae-hong “MekO” Kim before HOTBA was signed. HOTBA has a more aggressive playstyle compared to MekO and if New York decides to evolve their playstyle from a defensive style of play to a more aggressive approach, they could be scary in 2020 – especially if they enable Mano to play more aggressively alongside HOTBA. He is considered one of the best main-tank players in the league and could help position himself as the definitive best going forward.

The NYXL have a lot of their core players returning next season. Whenever a team has the best record during the 2018 season and a top-three finish in 2019, there are only a few tweaks that are needed to help the team make an even bigger push for a Grand Finals championship. Bringing in HOTBA to freshen up the Excelsior approach could prove to be the move New York needed to make them even stronger heading into 2020.