Numlocked: “I’d Given Up Hope on Overwatch” 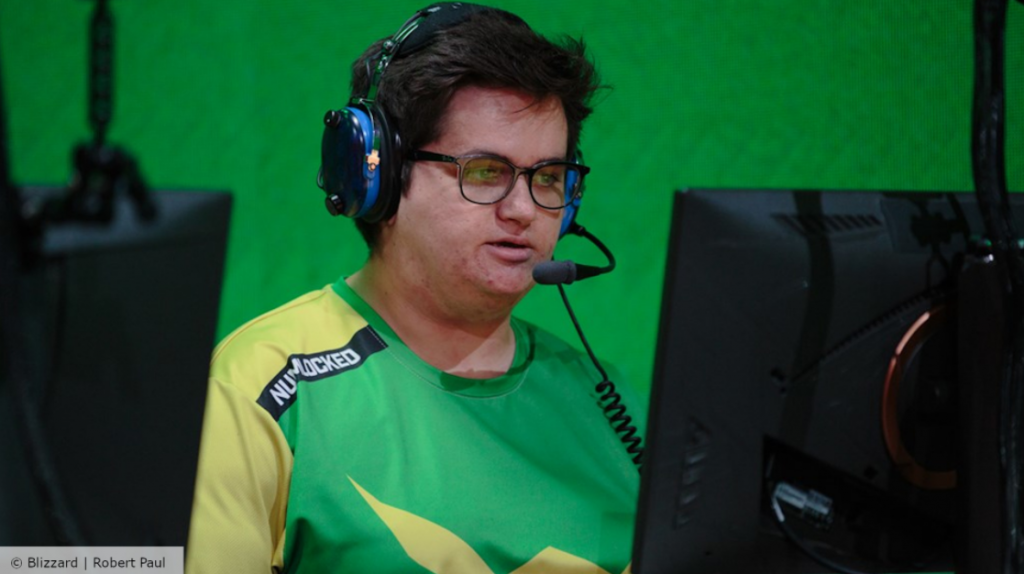 After two years in Contenders, Numlocked finally made his return to the Overwatch League playing for the Toronto Defiant. (Photo courtesy Robert Paul - Blizzard)

After playing in early APEX and Contenders events in 2015 and 2016, Seb “Numlocked” Barton was picked up to play for the L.A. Valiant in the Overwatch League’s Inaugural Season in 2017. Unfortunately, he saw very little play time with the Valiant and was eventually released from the team in mid 2018. After losing his spot in the Overwatch League, Numlocked competed with various tier 2 teams, most recently playing with the Montreal Rebellion before they disbanded in April due to the ongoing coronavirus pandemic. In June, he was back in pro play, signed to the Toronto Defiant.

We caught up with Numlocked about his new role with the Toronto Defiant, his experience in the Overwatch Path to Pro, and more.

Hotspawn: Last year you stated in an interview that your goal was to get back into the Overwatch League in 2020, how does it feel to have named that goal and now achieved it?

Numlocked: It feels.. weird, honestly? After Montreal Rebellion had to cease its operation due to the COVID-19 pandemic, I’d kinda given up hope on Overwatch as a career anymore. It wasn’t looking like there were gonna be any signings as either a player or a coach so I was kind of mentally preparing myself to accept the fact it was time to move on. Then, out of nowhere, the Toronto Defiant organization approached me and here we are. It was weird to suddenly be back where I’d wanted to be, when not even a month ago I was in the headspace of being finished. Especially after it took me a while to accept that I was finished.

Hotspawn: Was your goal always to be a professional player?

Numlocked: No, it just kind of happened. When I was around 14 or 15 years old I was really good at Team Fortress 2 and was winning everything at the time and everything else blew up from there. I’ve been doing it since then, all the way through finishing school and college, having a short stint at University, and working a “normal” job. That’s why it was such a big deal for me to accept that it might have been done, because it’s all I’ve known for my adult life.

Hotspawn: How did your experience playing in the Path to Pro help you grow as a player?

Numlocked: I had a lot of fun. I was lucky to have good teammates and staff wherever I went who also put in as much work as I did, which resulted in some very successful seasons. I got to work on a lot of specific things over the course of my time in Contenders during the long seasons and it really made me into a better player, I’m glad I got to experience it.

Hotspawn: What advice would you give to Tier 2 players who are looking to one day land in the Overwatch League?

Numlocked: You really need to have to want it to get it. A lot of times it will feel like you’re being overlooked, but if you have the time, money, and passion to pursue it, it’s worth it.

I convinced myself that I was ready to move on from being a pro.

Hotspawn: How has your transition to the Toronto Defiant been so far?

Numlocked: It felt fairly easy to slot into the Defiant’s system. I spent some time watching some scrims before joining as a player and had a feel for the team. Right now there’s obviously some growing pains where things aren’t transitioning from our scrims to the stage but it’s only a matter of time.

Hotspawn: So far, what have you enjoyed most about playing with the Defiant team and coaches?

Numlocked: Honestly, I have been enjoying just being part of a team again. I convinced myself that I was ready to move on from being a pro but being back in this position after the Montreal Rebellion has just reaffirmed my love for competing with others.

Hotspawn: What role do you see yourself playing with the Defiant? Are you taking more of a leadership role, since you have so many years of experience?

Numlocked: Taking on a leadership role is the idea and direction they’re trying to push in. There are some growing pains at the moment but they’re nothing that time and hard work won’t fix.

Hotspawn: With Covid-19 moving OWL competition online, what has your experience playing professional games online been like? Have you noticed any major drawbacks or advantages to playing online for you as a player?

Numlocked: There aren’t any major differences. It has essentially been the same as Contenders. Obviously the ping sucks and I’d much rather the games be happening on stage with a LAN connection, but I’m grateful we compete in an environment that is able to continue, even during these hard times.

Hotspawn: You have played several different games at a professional level throughout your career, what stands out about Overwatch to you?

Numlocked: I just love how fast paced Overwatch is. There’s no other FPS like it really. For me, Team Fortress 2 first created a love for this genre and Overwatch has continued it. There’s a lot going on in teamfights that you need to unpack and process quickly and I enjoy that challenge.

Hotspawn: Do you have a favorite tank hero? If so, what do you like about them?

Numlocked: Winston! I love the mobility, the ability to solo carry ranked games, and the outplay potential Winston brings with his jump techs and shield bubbles. I love it!

Numlocked and the Toronto Defiant will compete this weekend in the Overwatch League Summer Showdown. The Defiant will be facing off against Numlocked’s former OWL team, the L.A. Valiant, on Friday, July 3rd at 4:00 PM PDT.