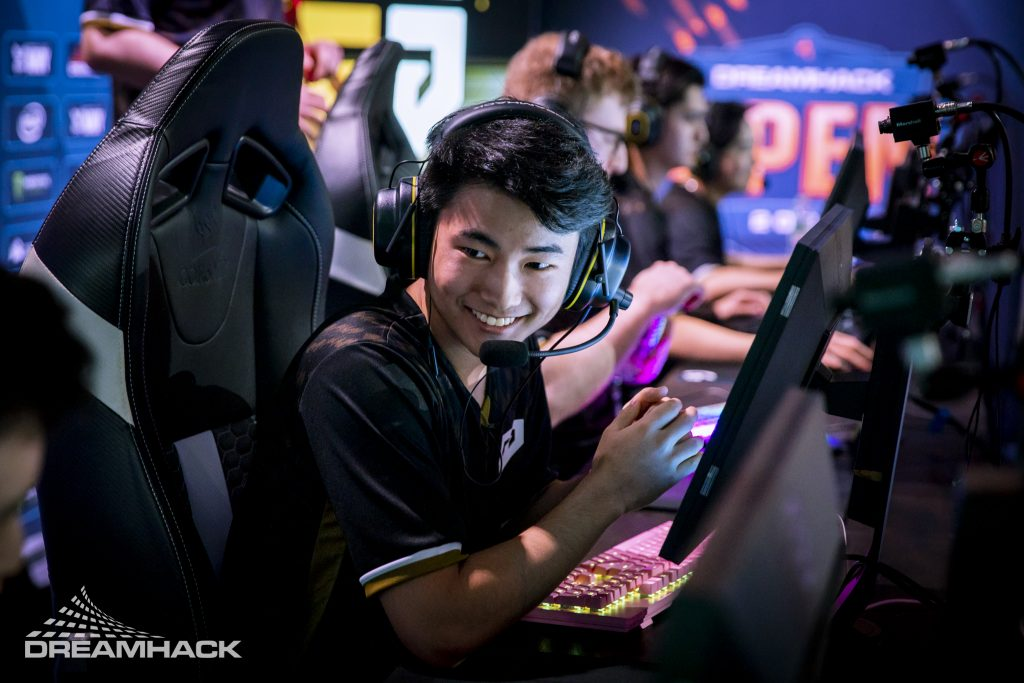 s0m is the latest professional CS:GO player to make the leap over to Riot's newest tactical shooter. (Photo courtesy DreamHack)

Two days after announcing the creation of their new VALORANT team, NRG confirmed its second player on Wednesday: 18-year-old former CS:GO professional Sam “s0m” Oh. According to the announcement tweet, s0m is expected to play the role of duelist for the team. The young player has proven himself to be one of the most promising up and coming talents in the CS:GO scene and is a valuable addition to this VALORANT lineup.

S0m joins Damian “daps” Steel and head coach Chet “Chet” Singh on the new roster, both of whom were signed by NRG earlier this week. After today’s announcement, NRG has three remaining player slots to fill before they are ready for competition.

S0m has been active in professional CS:GO competition since 2017. During his career, he has competed with Naventic, Team Envy, and streamed for compLexity. In December of 2019 he was signed to Gen.G’s Counter-Strike team, where he served as a starting player throughout 2020 before leaving to join NRG on Wednesday. While s0m was competing with Gen.G, they found notable levels of success. With s0m;s help,  they won the ESL One: Road to Rio North American qualifier in May and won the Dreamhack Open Anaheim in February. Although s0m’s departure is a blow to Gen.G’s competitiveness, Arnold Hur, the Chief Operating Officer of Gen.G esports, nonetheless tweeted his support for s0m as he leaves for this new adventure in VALORANT.

Thanks @s0m – was a pleasure working with you. Looking forward to some great things coming from you and your team.

NRG chose a different VALORANT recruitment strategy than most teams. While major organizations like Gen.G, FaZe, and 100 Thieves rushed to sign their initial rosters, NRG bided their time. According to the CEO of NRG, Andy Miller, their goal is to pick up the right lineup, instead of the expedient one. On one hand, NRG’s team will have less time to play together before VALORANT esports kick off in earnest. On the other hand, it is probably better to sign the right team the first time, than to false start like 100 Thieves did.

We can expect the final members of NRG’s VALORANT team to be announced in the coming days and weeks. Thus far they have picked exclusively CS:GO talent, so it is likely they will look for more CS:GO players who are looking to make the jump to Riot’s new shooter. After the recent coaching scandal and a difficult year for CS:GO competition due to the pandemic, many CS:GO players have shown interest in switching to VALORANT.

VALORANT’s competitive scene is still in its early days. There is no VALORANT professional circuit has been set up yet and there are no significant tournaments scheduled for the near future. As a result, it is unclear when we will get to see NRG’s team in action for the first time.