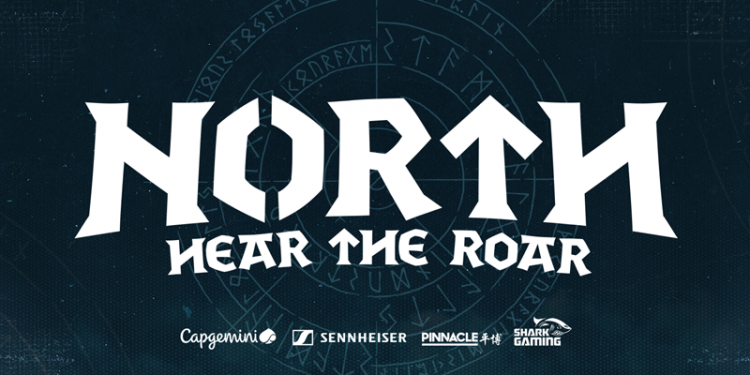 Copenhagen F.C.’s esports organization North has announced its rebrand for 2020 and beyond. North mysteriously disappeared off the internet Monday as the team website returned 404 errors alongside a complete social media wipe. After two days of silence, the organization revealed its new logo along with goals for 2020.

Today is the #DawnOfNorth. Expect more news during the coming weeks.

North has changed its lion logo to a more Viking inspired wolf logo and adopted a comic runic style font. In addition, the team has announced additional signings for their esports teams that will function in 2020.

The first of the team announcements were focused on the CS:GO squad, the primary North team up to this point. Markus “Kjaerbye” Kjærbye is re-signed a contract with the team for an unknown amount of time. Christian Engell will be joining as the team coach as well. Engell has worked with Danish football stars Kasper Schmeichel and William Kvist in the past.

In addition, North will welcome an Apex Legends roster for the 2020 Global Circuit. The roster will feature Can “Taisheen” Öztürk, Mikkel “mande” Hestbeck, and Dan “rpr” Ušić, previously with SoaR.

Finally, North doesn’t intend to stop here. The organization has made it clear that it wants to sign more Scandinavian rosters in other titles.

“We are going to invest in more esport titles in 2020 and we’re confident that the new players and the new staff behind the teams together will strengthen the organisation significantly.”
said Christopher Håkonsson.

This is most likely just the beginning of more announcements to come as North’s new CEO Christopher Håkonsson revealed he had plans for 2020 just last month.

“It became obvious that we needed to focus on a few critical elements in the very foundation of the organization that has been built. So we have changed the way we look at branding, marketing, and sports.” said Alexander Pedersen, Chief Marketing Officer.