North and NiP Round Out Playoffs at DreamHack Open Fall 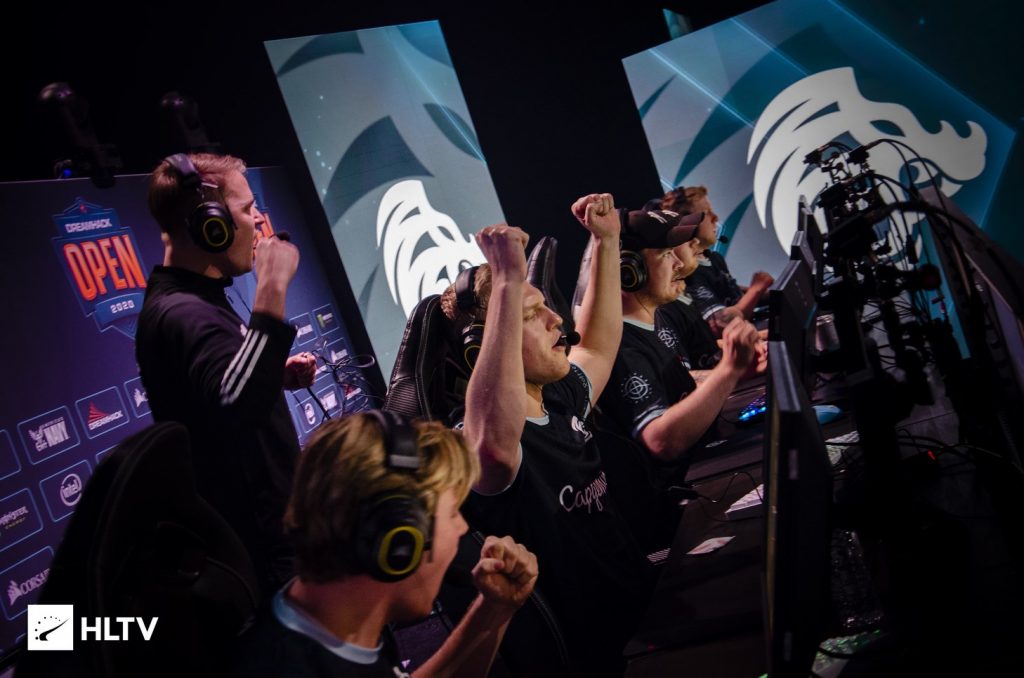 North has taken first place in Group D without having to play the favorites. (Photo courtesy HLTV)

The final group at DreamHack Open Fall has concluded play. In what was the weakest group on paper coming into the last RMR event of the year for Europe, North have surprised the field by placing first. Ninjas in Pyjamas earned the group’s second seed after taking down Sprout in the decider match. Sprout will start their playoff campaign from the lower bracket.

North Get the Job Done

Group D was expected to be a close battle between all four combatants. North’s journey began against ENCE. It was a fairly standard match which featured both teams taking their map picks. North’s Overpass started with a strong T side from the Danish side. They closed out the game fairly quickly on defense, earning a 16-8 win.

ENCE then fired back on Train. They managed a respectable 7 rounds on the T side before swapping sides. The game remained close throughout the second half as well. That was until North buckled down to take five in a row, solidifying the 16-12 equalizer.

Inferno was the final map. North started on the T side and absolutely cleaned house. They won nine rounds in a row to open up the game. Although ENCE found four of the last six, North managed a bomb plant in every single round of their offense. That domination continued into the second half. After ENCE’s buffer rounds from winning the pistol, North closed out the game with five straight to lock in a 16-8 score.

Awaiting them was a Sprout squad who upset the group favorites in NiP to get here. Map one was Train courtesy of North. Their trajectory mirrored that of ENCE from the last match with the Danish squad taking eight rounds on their T side. They were then able to go on a massive seven round win streak in the second half to secure their 16-11 victory.

Sprout’s pick was Dust2, a map that North has not been great on. The Danish side went just below even on their CT side, losing a close 7-8 half. Their struggles were more severe on offense. North only managed to win two rounds as Sprout comfortably cruised to a 16-9 win.

North actually removed Inferno as a tiebreaker map, meaning Vertigo would be the decider. The move paid off for North as their T side showed up big. They started the game with a 10-1 lead, utterly blowing Sprout out of the water. Sprout tried their best to make it competitive, but it was no use. North secured their first seed finish with a 16-10 finish, never even having to play NiP.

The final match of the group stage pitted NiP against Sprout. In what was an appropriately standard affair for the group, each team once again took their own map picks with relative ease. Sprout’s Nuke pick started off with a 10-5 T side for the German-Polish squad. They then had a near-perfect defense, shutting NiP down for a 16-6 finish.

Mirage was up next. Despite losing the initial pistol round, NiP quickly gained a strong lead from the T side. A 9-6 score put pressure on Sprout to match it. Even winning a second pistol round, they wouldn’t be able to keep pace. NiP won seven of the last eight rounds to clinch a 16-9 equalizer.

The final map was the standard Inferno. The game started off close. Sprout found the initial rounds before NiP had their full buys ready. With Sprout’s economy on the line, Fredrik “REZ” Sterner earned a 3K on the Mid defense to give NiP a leg up. A 9-6 half for the Swedes was the result.

NiP’s winning ways continued in the second half. Their T side earned the first five rounds in a row, giving them a 14-6 lead. Sprout’s attempted comeback got them to 11 rounds before NiP put the game on ice. A 16-11 finish ended the match, as well as making sure no map in the entire group got closer than 16-13.

North and Ninjas in Pyjamas will join the other six teams present in DreamHack Open Fall’s upper bracket. Their matchups, taking place on October 19th, are North vs Fnatic and NiP vs Vitality. Sprout will have one last chance to redeem themselves against the loser of Astralis vs GODSENT.