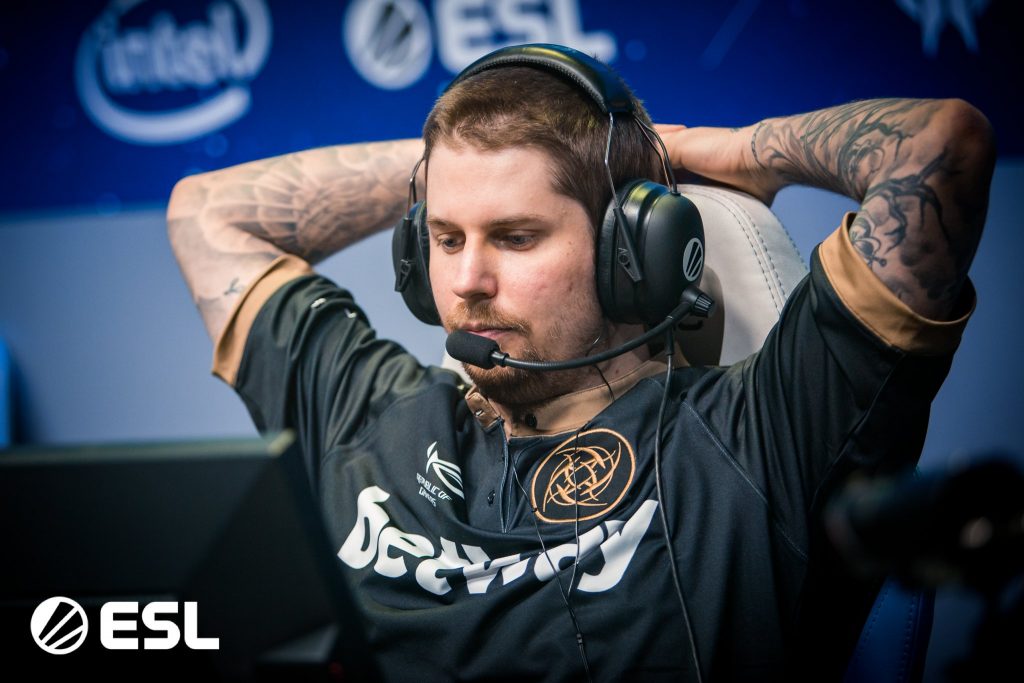 Swedish Counter-Strike team Ninjas in Pyjamas has announced today that they will be moving Dennis “dennis” Edman to the bench to make room for Nicolas “Plopski” Gonzalez Zamora. Additionally, the organization has revealed they have started talks with Christopher “GeT_RiGhT” Alesund around his future with NiP.

Plopski is a rising talent in the Swedish CS:GO scene. At just 17-years old, the new blood most recently qualified for the Europe Minor and finished second at DreamHack Open Summer with Ancient. The young rifler boasted a 1.16 rating over the last three months in competitive play.

As for dennis, the move to an inactive role concludes a more than one-year occupancy with NiP; the Swede is transferred to the bench just two months after being reintroduced into the active roster succeeding a personal break.

In a TwitLonger statement from Dennis, the former-NiP man appears to be hinting towards internal leadership issues:

“The reason behind this is that we didn’t click and it’s just [too] hard playing without an IGL.” he said. “When there’s no leader there’s [too] many question marks and that results in [too] many arguments which has [an] impact on the game itself. I believe this is best for both parties, I can find a new home where I fit better and hopefully play with a real IGL.”

After achieving Legends Status at IEM Katowice in February, NiP now has the StarLadder Berlin Major on the horizon; though, due to tournament roster lock regulations, the team will be unable to field Plopski. Therefore, the team will “be using this opportunity to test new players in different roles”, per NiP’s official release.

The team’s coach, Faruk “pita” Pita, made it clear this alteration was in hopes of better future for NiP at the premier level:

“Today we embark on the journey of transforming the Counter-Strike team. To maintain a position as a top tier team, changes to the roster are needed. We have very talented players, but the roles required on the team is something we have to change to make sure we perform at a stable level over time. I am excited to take on these changes with the first step of welcoming Plopski to the team.”

GeT_RiGhT accrued 23 LAN wins and 10 MVP awards during his time with NiP.

GeT_RiGhT and His Future With NiP

Alongside NiP’s statement, the org disclosed that they began discussing with GeT_RiGhT “regarding his future as an active CS:GO player.” The 29-year old rifler will be fielded at the StarLadder Berlin Major while they explore options for a “suitable long-term replacement.”

GeT_RiGhT is one of Counter-Strike’s most fabled players, boasting over a decade of competitive experience that stretches back to CS 1.6 LANs. Although the Swede had played under notable banners such as SK Gaming and Fnatic, he will surely be forever regarded as a Ninja. Joining NiP alongside Patrik “f0rest” Lindberg back in 2012, the duo was pivotal in constructing their most dominant era. As a Ninja, the Swede accrued 23 LAN wins and 10 MVP awards including a Major victory at ESL One Cologne in 2014. GeT_RiGhT was acknowledged as the best player in the world by HLTV back-to-back in 2013 and 2014.

The phrasing used in NiP’s statement regarding GeT_RiGhT’s future with the organization is a bit particular though, possibly hinting towards involvement with the team in some capacity, despite not being a part of the active lineup. The organization stated they will take their time in finding his replacement “with the goal of transitioning Christopher to a different role within NiP”.