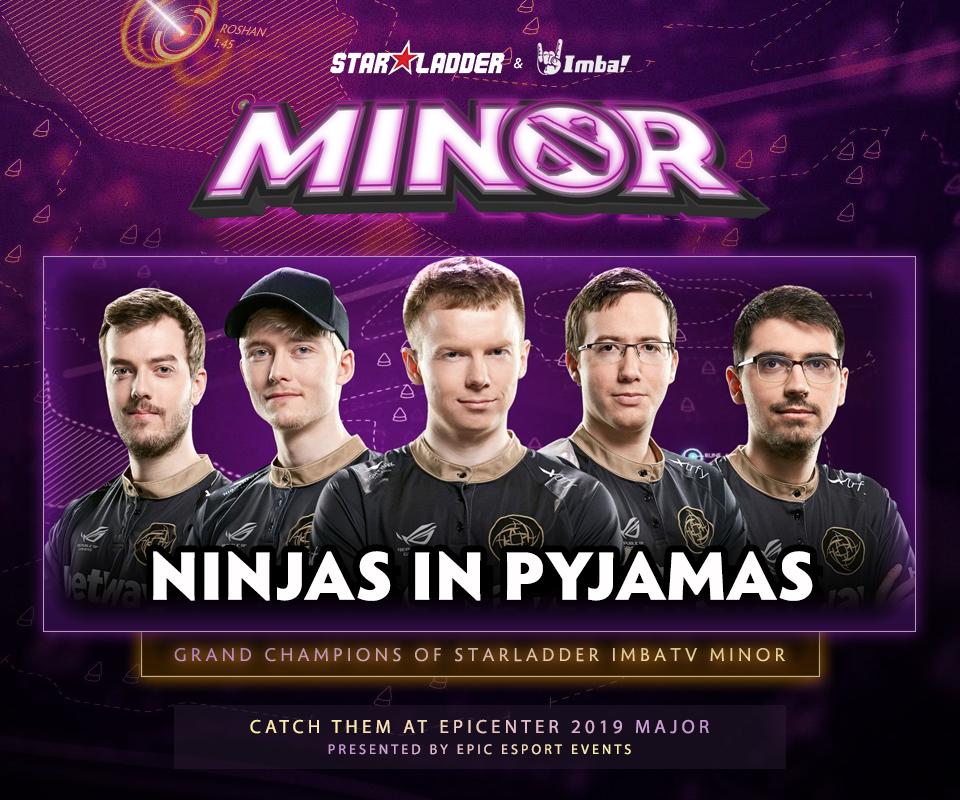 Ninjas in Pyjamas are the winners of the final DPC Minor. (Image via @wykrhm / Twitter)

Winning five of the seven games they had to play on the last day of the Starladder ImbaTV Dota 2 Minor Season 2 (or the Ukraine Minor), Ninjas in Pyjamas took home their second DPC title of the year. With this win, they take home $125,000 USD, while second-place Alliance received $70,000.

The Ukraine Minor didn’t have the cleanest Dota, as the talent on hand reminded us repeatedly. But of the group, Ninjas in Pyjamas seemed to be a cut above in terms of consistency and crispness of play.

Only six of the sixteen series in the tournament went 2-0. NiP participated in, and won, three of those six series. They only dropped one series the entire tournament, the upper bracket final versus Alliance, in which they went 1-2. The rematch versus Alliance in the grand finals went the full five games, but NiP came out on top.

Sven and Batrider were value picks at the Minor, with 16 and 13 picks across the LAN portion of the competition and both having an approximately 69% win rate. NiP picked Batrider in two games they won in the grand finals, pairing it with Sven in one of those games.

This is Ninjas in Pyjamas’ second win on the Dota 2 Pro Circuit. They previously won the OGA Dota PIT Minor 2019. They’ve also already secured enough DPC points to advance to The International 9. Alliance picked up 100 DPC points for their second place finish at the Ukraine Minor. That places them in 14th in the standings, which is two spots and 250 points out of the top 12.

Both Ninjas in Pyjamas and Alliance will advance now to the final Major in the current DPC season, the EPICENTER Major. It begins in Moscow, Russia on June 22, giving these teams just under a week to prepare for the tournament. Alliance will need a top-eight finish to secure their invitation to TI9.