Ninjas in Pyjamas Closes Dota 2 Division But Promises to Return 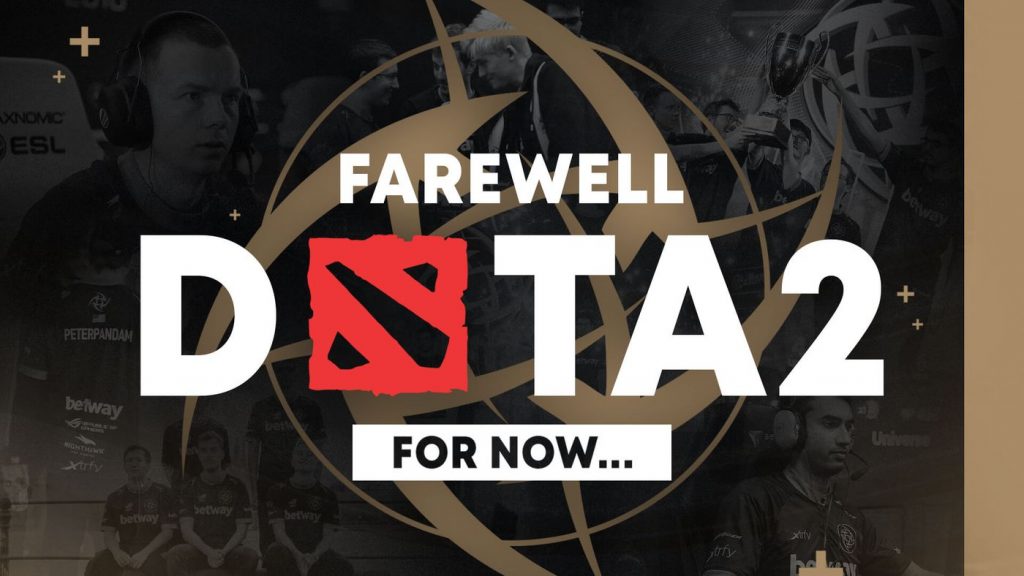 NiP has closed its Dota 2 division ending a five-year legacy within the scene. (Photo courtesy NiP)

In the latest blow to Dota 2’s pro scene in 2020, storied esports organization Ninjas in Pyjamas has announced the closure of its Dota 2 division. The Swedish org announced the shuttering of its European Dota 2 team in a post on the team’s social media on October 30th.

It's just a chapter. We’re not giving up, we’re not uninstalling and we’re not going to low prio. Thank you all ❤️

In an accompanying post on their official website, the organization outlines the reasons for the departure. In a statement included with the announcement post, NiP COO Jonas Gunderson explains: “This year has taken a massive toll on what was already an unstable ecosystem. With the indefinite postponement of the DPC and The International, we find ourselves on an increasingly unclear path to financial stability within the game. We’re seeing a high concentration of talent in the EU region, meaning that the cost of keeping up is markedly higher while revenues are dwindling.”

The NiP roster is currently participating in the EPIC League Division 2 and look likely to reach the playoffs. As per an announcement by league organizer EPICENTER, the roster will continue to participate in the event, albeit without the support of NiP.

The current NiP team will continue playing in the EPIC League, but without the support of the organization 🙌#EPICLeague pic.twitter.com/7TSkiFhBQc

The departure marks the end of a five-year legacy of Dota 2 for NiP. After acquiring Swedish team LAJONS in January 2015, NiP set out to create a “Nordic Dota 2 powerhouse.” Yet after a disappointing series of results and a number of roster moves the team released its roster late in 2017.

NiP would rejoin the Dota 2 scene the following year, demoing a number of rosters before a more NA orientated squad helmed by Peter “ppd” Dager in 2019. The team had mixed success, but most crucially won the Dota PIT Minor 2019, and secured a ticket to TI9. Sadly the team would be among the first squads eliminated from that event.

In 2020, the team saw yet more upheaval as ppd retired and the entire roster was released. In April, the organization signed the roster of Chicken Fighters and competed in many of Europe’s online events – with mixed levels of success – until the closure announcement today.

However, the announcement post also insists that this isn’t the end for NiP in Dota 2. Gunderson goes on to state that “I am excited for what lies ahead. It’s rare that you get to rethink the whole infrastructure around a particular game. It opens a world of possibilities, and I am confident that we’ll re-enter the game at the highest level, once we find the right opportunity.”

Regardless of whether Ninjas in Pyjamas returns to Dota 2, the departure of such a big name organization is sure to send ripples through the game’s community. Despite Valve’s recent announcement of a continuation of the DPC in January, the limited information and lack of more details are clearly proving too much for some teams.

Think about the signal this move sends to other orgs who might want to invest in Dota 2:

'hey it's not financially viable to support the 8th best team in EU, good luck when the DPC League has 16 teams!'

A restarted DPC may prove to be too little, too late for an ever increasing number of Dota 2 teams. NiP’s full announcement post can be found on their official website.