Nifty: Raising Standard for What’s Expected of a Player 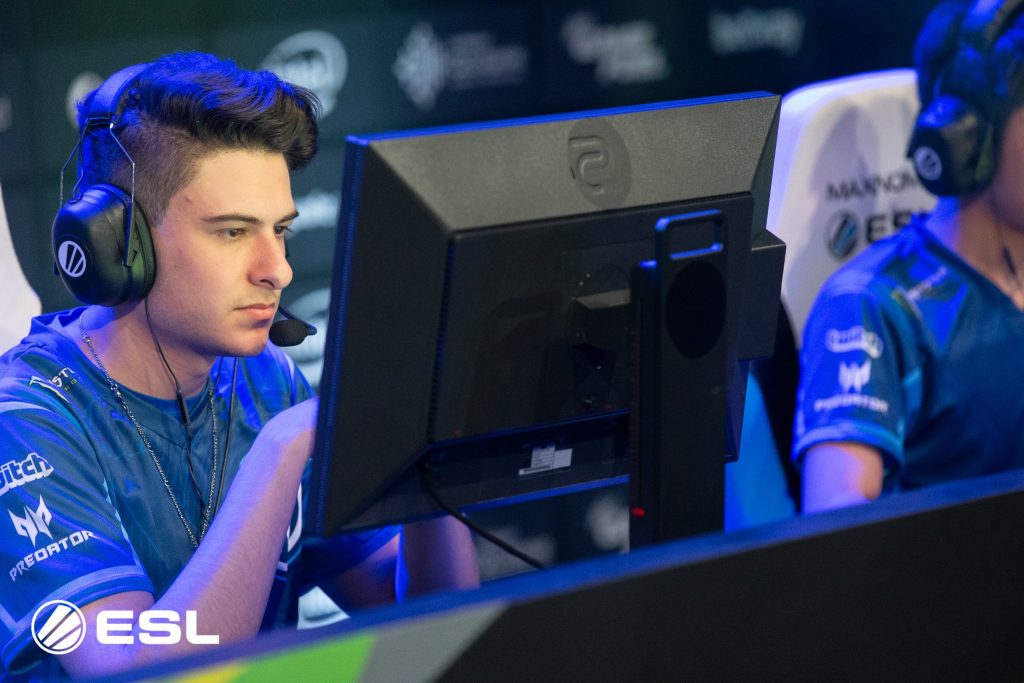 Nifty sat down with Hotspawn's Gillian Linscott to talk about his CS:GO team. (Image via ESL)

Ahead of MSI Gaming Arena 2019, we had had the opportunity to talk with Noah “Nifty” Francis about his journey thus far with Team Envy and the creation of their current Counter-Strike roster.

Team Envy has given Nifty the ability to create the literal roster of his dreams having complete confidence Nifty’s revolutionary drafting style in the Counter-Strike scene. This fresh concept, along with Nifty’s dedication to honing his players both in-game and out of game, is starting to make Team Envy a real thread in the competitive scene.

Gillian: Thanks for sitting down with me. You’re one of the few players who’ve made the transition from one esport to another. You moved from Call of Duty to CS:GO just under three years ago. So what sparked the transition?

Nifty: Well initially at the time I was  15 years-old in the game [Call of Duty] where you have to be 17 plus to even buy the game on your own. They set those rules for the world championships as well. I, of course, wanted to compete and compete at the highest level. You obviously need to be able to compete in the world championships. Right? So I was ultimately just too young to actually join the best teams and it would’ve been two or three years before I could. I was like, I want to go play another game, where I just play professionally at any age and compete at the highest levels.

Gillian: That makes sense – you were clearly limited by your age. What made you choose CS:GO?

Nifty: So it really just has to do with that FPS because before I played Call of Duty, I grew up on Halo. I had actually never played PC games before, so I knew that that was going to be a whole new adventure for me. I kind of just got addicted to it while I’m still playing Call of Duty. I ended up putting less and less time into Call of Duty and more time into CS:GO.

Gillian: Was that transition from Call of Duty to CS:GO relatively easy with your parents after playing competitively for a while?

Nifty: Um, actually [my mother] was against it.

Nifty: Yeah. She was like, I don’t know all about this ‘cause she knows that it took a while to get there. It did take me a couple of years just to reach that professional point. I would say that it’s the case… if you were studying something in college and then you wanted to study something else. It’s going to take you a couple of years to really learn and understand it [new field of study].

Gillian: Transition-wise, you made the giant leap from PC to console. Can you solve gaming’s longest-standing argument? Which one is better – PC or Console?

Nifty: Oh – I would say that’s actually really easy. The PC really just takes the cake. I had always thought that if Call of Duty would be on PC, I bet we would see extraordinary differences in people’s performances and in the actual skill ceiling that people can reach. Because just using [a console] a kind of limits you on sharp [movements], or how perfect your aim can be or what your movement looks like. It just looks clunky, slow. But any FPS  game like Overwatch and Counterstrike you can see that it’s made better by keyboard or mouse by professional players there isn’t too much clunkiness. I think it raises the skill set.

Gillian: So PC essentially allows for a bigger opportunity for players because of the higher skill ceiling which means the players can continue to grow and get better.

Nifty: Right. Yeah, I would say that.

Gillian: Now that you’ve had time to adjust and learn the game, how do you find the current team? Have you adjusted well to the team that you’ve created?

Nifty: Yes. I chose [them] based on how they are as people, how they’re probably going to be as teammates. It hasn’t been a large focus in almost any area of esports where people have always looked towards what they’re capable of being. How would they act if they’re stubborn or if they have attitude issues? They need to be capable inside the game and are able to compete at the highest professional level and all that. But in order to do that and consistently, you need to have a certain head on your shoulders in order to do those things. And so that’s the way that I build my teams. I’m happy with my selection, they trust me and I trust them. We’ve been putting effort into really raising the standard for what’s expected out of a player, as a professional.

Gillian: Then you don’t necessarily just look for how well a player plays in-game, it’s about how the player conducts himself outside the game as well. What does that standard look like as a professional CS:GO player?

Nifty: I mean you need to be on time every time. It doesn’t matter if it’s a meeting or we’re going into the server to talk about things or if we have practice scheduled at four o’clock. If you need to be right there, in fact, you should be there at 3:55 p.m.. it’s just not unacceptable. They will actually join the server five or 10 minutes [late] and it’s just like, well, that’s just annoying because that takes time out of our potential next scrim.

If there’s a standard and expectation that I hold the players to – like the way we speak to each other with. We don’t criticize each other. So just things like that, how we operate as individuals and then all of those individuals come together to make a team. How we do that is important, and I think it’s a process worth noting for many other teams don’t do this.

Gillian: You mention that other teams aren’t taking the same approach to drafting and building a team as you and Team Envy are – a focus on the core of the player. Do you feel like you might be giving out state secrets by telling us how you draft your team?

Nifty: Some of them might be like, oh yeah, and look through the crack to look at it. You really do have to spend a lot of time thinking about [this style of team composition], but also going about different ways to understand it. It would be a task for anyone that was interested in what I think are the better aspects of players.

Gillian: The better aspects being the player’s own standards and professionalism?

Nifty: Yeah. It’s just crazy to think about how when kids grow up playing basketball or football, they are taught the whole way through. They’re given managers, they’re given mentors, and almost all gamers are doing it by themselves – they don’t know how to operate, how to function. They don’t know how to be a professional. They don’t know things. It’s really a detriment to them. I mean you really need more guidance just as a whole in this space. It’s something that needs to be figured out within the next five to ten years. It’ll take time.

Often people ask me how I’m happy all the time. I say it’s because I’m here, now. I’m only thinking/feeling/acting in the now. By being in the present (where you can control how you feel about everything) the decision is always in your hands on whether to be happy or not. 🤓🙂 pic.twitter.com/KVIhoCot7b

Gillian: Do you have any tips for teams or players, or even fans, on how to become more productive? Things that can help them mirror your player standard?

Nifty: I would say spend more time looking at how to improve you. Just naturally, most competitors are almost born into the game elite. Almost everyone can play these games and they understand them and there isn’t a giant gap in most games. There’s two of these really good teams at this tier and then two really good teams here and then the rest are down here. Find a way to improve yourself to the highest levels.

Gillian: Player development is absolutely something that is not emphasized enough in esports – especially with younger players who don’t know how to operate as professional gamers. Speaking on emphasizing player development, how has Aran “Sonic” Groesbeek, the latest addition to Team Envy, impacted the team?

Nifty: Aron was a great addition, because in Counter-Strike players can op, they can rifle, they can do all these things. But for me, I want to find somebody as close to my style of opping as possible. In other words, when he was in the zone, he’s been doing fantastic.

Gillian: Sounds like Aaron is fitting in well and that he might very well be the key to Envy’s success. Do you, or Team Envy, have any goals for the rest of 2019?

Nifty: By the end of the year, I would love to make top 15 HLTV ranking with my team.

Gillian: With productivity tips and a focus on developing your players to a standard, there’s no way you can’t achieve that goal. Thanks for taking the time to sit down with Hotspawn to discuss your career in CS:GO and the secret behind Team Envy’s player development.

You can watch Nifty compete with his team beginning August 10 in the North American Qualifier for MSI Gaming Arena 2019.

Counter-Strike: Global Offensive
Share
Gillian Linscott
Gillian is Hotspawn's Communication Manager. She is also a lifelong gamer with a habit of getting distracted by random side quests, falling in love with fictional video game characters and forever buying wards as a position 5 in Dota 2. You can normally find her watching far too many Twitch streams to be human and rambling about esports community issues with a cup of coffee in hand.
Follow me