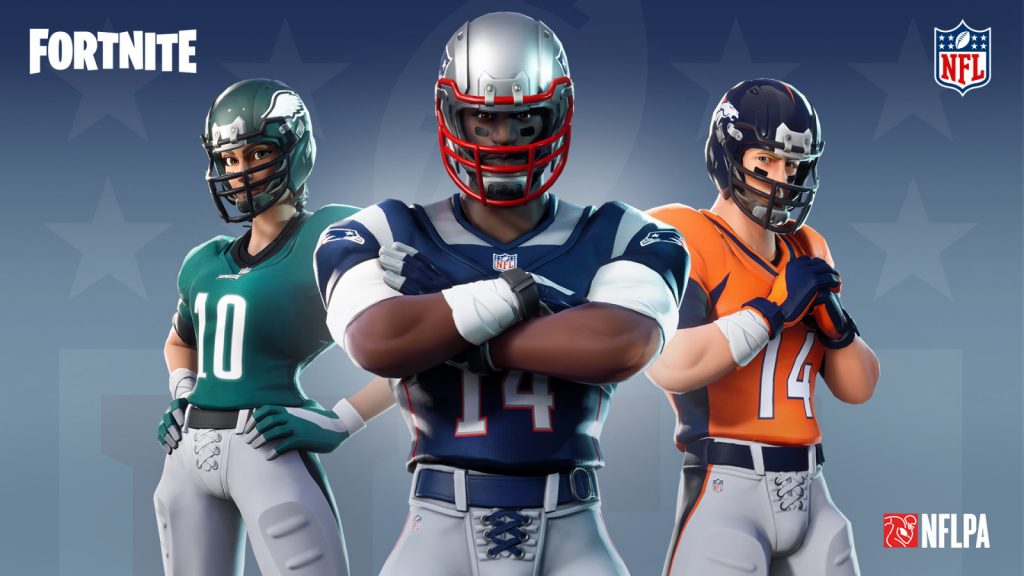 There will be three female and three male skins for each NFL team.

Epic Games has decided to team up with the NFL to bring team outfits to Fortnite starting Friday. All new items will be available for purchase when the shop refreshes at 8pm EST/5pm PST. There will be three female and three male versions for each team that players can choose. Players will also have the option to select their own jersey number.

Players who purchase the team outfit will have the customization option to swap out different jerseys, pants, and cleats. For instance, if I was in a game, I could choose to wear a Philadelphia Eagles helmet, Indianapolis Colts jersey, and the Houston Texans’ cleats without having to purchase the other sets.

“That is actually very exciting for us, with the avatars being available as females and being able to have females in NFL uniforms for the first time.” Rachel Hoagland, NFL VP and Head of Gaming and Esports.

Included in the shop on Friday, there will be new football-themed emotes, harvesting tools, gliders, and referee outfits that will be available for purchase. There has been no official announcement on how much the outfits and other items will cost, but we expect the skins to be 1,200 to 1,500 V-Bucks or $12 to $15 in real-world currency.

“We have so many football fans at Epic and we know a lot of the game’s fans share that same enthusiasm. Allowing our players to represent their favorite teams in the game was too cool of an opportunity for us to pass up, and we couldn’t be happier with how they turned out!” Mark Rein, Co-Founder of Epic Games.

We saw Fortnite team up with FIFA during the World Cup, but this is a new first. Each team outfit purchased, part of the revenue will be going directly to the NFL. We have already seen Fortnite bleed into the NFL as numerous professional players have celebrated touchdowns and big plays with Fortnite emotes. There was also that notorious night where Pittsburgh Steelers’ JuJu Smith-Schuster played Fortnite with Drake, Travis Scott, and Tyler “Ninja” Blevins.