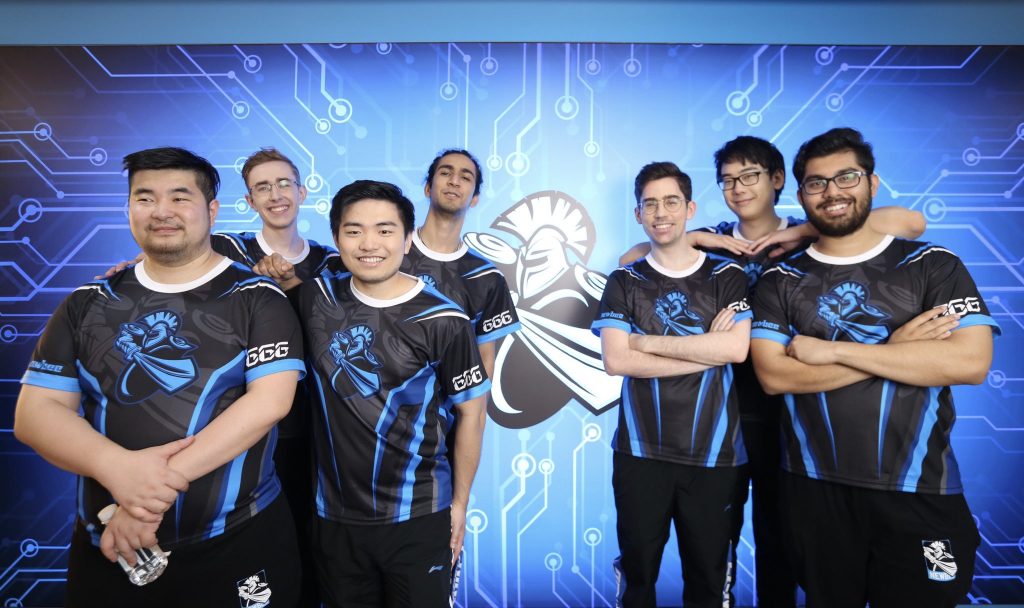 Forward Gaming's former roster got a boost in TI9 preparation thanks to their new organization, Newbee. (Image via Newbee)

Qualifying for The International is one of the most impressive accolades in Dota 2, only seconded by winning The International. For Newbee, the feelings of elation at their victory in their qualifiers could been bittersweet, as their previous organization crumbled following their win. Now, with one of China’s most prestigious esports names behind them, this North American roster can concentrate on their The International 2019 performance.

Newbee, better known as the former Forward Gaming roster, has had a rollercoaster journey to TI9. Their season was average, with several strong showings at Minors, and Major qualifiers, but only moderate success at those Majors. Forced into the NA qualifiers for TI9, they had an undefeated 7-0 run through groups. Their only slight hurdle came in the form of J.Storm in the finals. After defeating their NA rivals, Forward Gaming secured a spot at the world championships, but the victory would prove hollow.

What a SERIES! We came to win and we've officially secured our spot at TI9 – we're headed to Shanghai in August! GGWP, @Team_JStorm!

Forward Gaming shut its doors in July, leaving the qualifying roster without an organization to support them. Seemingly since its inception, the young NA team has been dogged by financial issues, which have inhibited its ability to perform on the highest level. Indeed, the fact that FG still closed down after its roster had secured a TI9 spot is indicative of the severity of financial problems they were facing.

Thankfully, help for the team would arrive in the form of Chinese esports organization Newbee. Having crashed out of the China qualifiers earlier in the month, Newbee picked up the sponsorless NA roster, giving them the perfect partner for a trip to Shanghai.

Since then, Newbee as an organization has provided an incredible amount of support for not just their new roster, but for other Western and Chinese teams headed to TI9. The organization is currently hosting Alliance and Chaos E.C. at their team house as they bootcamp. The org has acted as a go-between for practicing NA, European, and Chinese teams. This NA roster has found an ideal match in Newbee, and it’s hard not to root for an organization that’s so supportive of the Dota 2 scene overall.

But a team is more than its organization, and it’s Newbee’s roster of players who earned this TI9 spot.

Leading the charge on that incredible NA qualifier run was pieliedie. The captain and support player for the team at times looked almost bored during the matches in that tournament, restlessly stalking the lanes looking for someone to gank as his team popped off around him. But on the occasions where he was needed for genuine support, the seven-year veteran was on-hand to help, either with his potent Warlock, or signature Io pick (when it wasn’t banned).

The carry who leaving pieliedie with little to do in the qualifier was Newbee’s midlaner CCnC. The former Evil Geniuses and Optic Gaming player is no stranger to playing at an International, securing a top-eight finish at TI8. CCnC is dangerous on a variety of core heroes, but is most comfortable on Templar Assassin and Windranger. Fortunately for Newbee, both are favored carries in the meta at the moment. If he’s able to secure these picks, he’ll be more than a match for any mid player at TI9.

Overall, Newbee had a fantastic qualifying performance to get to The International. And yet the month following their victory was filled with uncertainty. With their new organization, one familiar with home turf of TI9, Newbee has everything they need to succeed in place. All that’s left is to surpass expectations, and prove that their qualifier victory wasn’t a fluke.