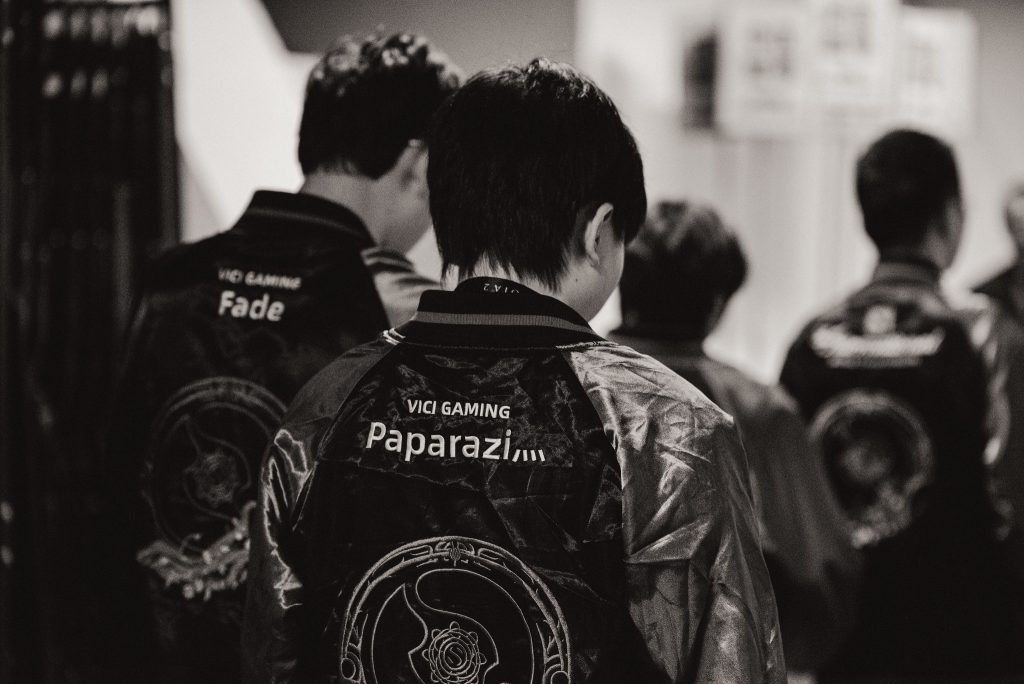 Vici Gaming are no more at ESL One Los Angeles. The top Chinese squad looked anything but their usual selves in their lower bracket match against Newbee on Friday, getting outclassed by the underdogs almost the whole way through.

As if to make a statement against them, Newbee took pages straight out of VG’s playbook by focusing on teamfighting rather than sticking with the current deathball meta that favors heroes like Lycan and Nature’s Prophet. Playing their cards right at every turn, Newbee showed that they could hang with the big dogs in China, eliminating VG in three games.

In the first game, they showed that they were not afraid of playing versus cheesy strategies, which VG went for with a last pick Huskar for Zeng “Ori” Jiaoyang—which was meant to crush the Leshrac of Yin “Aq” Rui in the lane.

Their plan fell apart. Assisted by Yan “Waixi” Chao on Shadow Demon, Aq was able to turn the matchup around early on, ensuring that Ori could simply not get going on a hero that is highly dependent on snowballing. And although Zhang “Eurus” Chengjun was having a decent game as Dragon Knight, the beating that the rest of VG took at the hands of Newbee meant that they could not mount the comeback they were hoping for.

What an insane stomp from Wizard to initiate the fight for @newbeecn ! They are taking the lead in the game against @VICI #ESLOne

A massive teamfight win for Newbee around the 28 minute mark allowed them to push their advantage into unreachable territory—forcing VG to tap out around five minutes later.

The second game saw Newbee consuming the forbidden fruit that was Lycan, perhaps in an attempt to put VG away in less than 25 minutes. This strategy unfortunately backfired, as VG made sure to get aggressive early with their strong roaming lineup. The stuns from Xiong “Pyw” Jiahan’s Mirana, Zhou “Yang” Haiyang’s Centaur Warrunner, and Ori’s Dragon Knight kept Newbee’s cores in line for extended periods of time—allowing Eurus’ Juggernaut and Ding “Dy” Cong’s Lich to clean up.

With Xu “Moogy” Han unable to get off the ground as Lycan, VG recognized the opportunity to push the tempo. Farmed Juggernaut in tow, they barreled down the lanes to force teamfights in their favor, and with the sheer number of long-duration stuns in their arsenal, there was not much Newbee could do to stop them.

And just when it seemed like VG had finally woken up, Newbee went right back to what worked for them in the first game by selecting heroes that were good in five-on-five engagements. Aq’s Storm Spirit was especially crucial to their draft, threatening VG’s lineup through the mid game after an extremely easy laning phase.

Not even the decent 20 minute Orchid Malevolence timing by Pyw on Winter Wyvern could contain Moogy. After all, the 18 minute Eul’s Scepter of Divinity achieved by Aq himself made sure that he could not simply be shut down by the instant silence, allowing him to rampage through all of VG.

Even without their Faceless Void, @newbeecn still managed to come out on top in this messy teamfight despite @VICI 's early lead! #ESLOne

From there, it was just a matter of taking teamfights well—which Newbee had no trouble doing. In one instance, they even won a teamfight without Moogy’s Faceless Void in the mix, which is kind of ridiculous considering how valuable Chronosphere is to teamfight-focused drafts.

Once the late game had come, Newbee extended their advantage by taking fights where they could, which VG had no responses to. With all three lanes of barracks down and their imminent defeat staring them in the eye, VG were forced to withdraw from the game and hand the next playoff round to Newbee.

This result is nothing but shameful for Vici Gaming, who happen to be holding second place in the Dota Pro Circuit standings. Granted, there haven’t been any official Pro Circuit events since the DreamLeague Season 11 Leipzig Major, but VG’s performance at this tournament was nonetheless uncharacteristic of them. They must regroup and retool over the next few weeks if they want to regain their form.

Newbee, on the other hand, will take this victory over VG as a huge step towards becoming a better team. This may be the start of something great for this squad, and their match versus EHOME in the next round of the playoffs is their chance to prove their skill even further.

Catch the semifinals of the Chinese division at ESL One Los Angeles on Saturday, through the official ESL Dota 2 Twitch stream. And as always, be sure to check out our coverage of the event going forward!