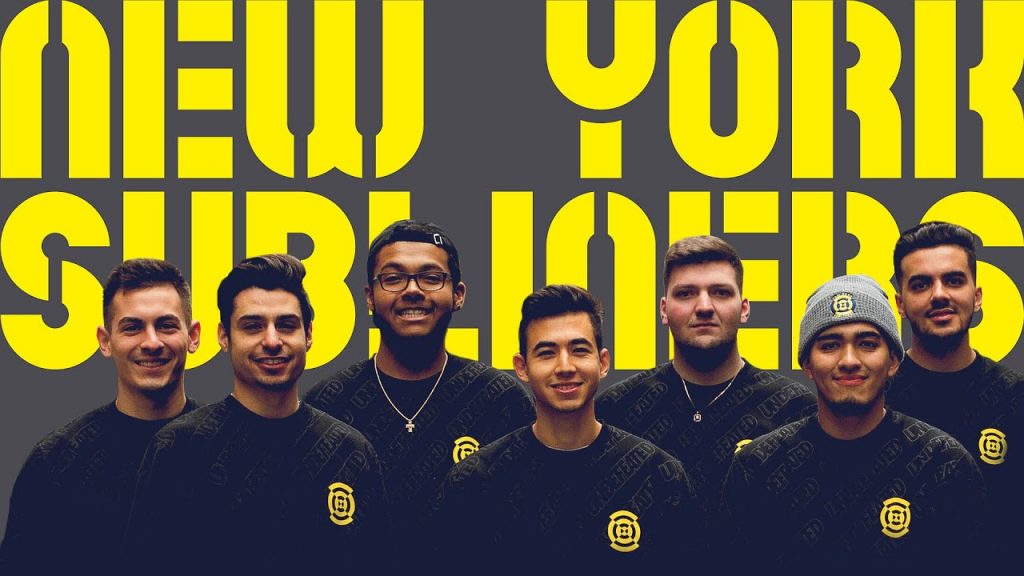 The New York Subliners defended their home turf and won their first Home Series event in the inaugural Call of Duty League season. They swept one of the best teams in the league, the Chicago Huntsmen, in the Grand Finals to secure the fifth-place spot in the rankings.

A good weekend for New York

The Subliners finally found their stride at their Home Series weekend. The team started the weekend off with a dominant performance against Minnesota. New York lost Hackney Yard Domination during the series, but it was still a close game. The other two Respawn matches in the series were landslide victories for New York. They also had an easy time winning St. Petrograd Search and Destroy 6-3.

A 🎁 for @Temp on his birthday, he collects four kills in the final round of the @Subliners S&D win.

New York’s second match was against the Chicago Hunstmen who are never an easy team to beat. Chicago started the series off strong with two wins and was ready for the full sweep. New York still had some fight left in them, however, and secured a hard-fought victory on Hackney Yard Domination.

The Subliners won the fourth map and forced the series to game five, but they could not counter Chicago in Search and Destroy. This was the only low point of the weekend for New York, however, and they would eventually get their revenge on the Hunstmen.

New York easily fought their way back through the loser’s bracket with a 3-1 victory against the London Royale Ravens. Their first opponent in the finals was the Toronto Ultra who was fresh off a 3-2 victory against the Atlanta FaZe the previous day.

Toronto could not maintain the momentum unfortunately and were swept by the Subliners. Both Respawn matches of the series were incredibly close, however. Toronto only lost the first Hardpoint match by three points and kept Hackney Yard domination within 15 points. They only secured 2 rounds in Arklov Peak Search and Destroy, but their performance in the series was still impressive.

After fighting their way through some of the best teams in the Home Series, New York had their second chance against the Chicago Huntsmen. Both teams started strong in Rammaza Hardpoint but the Subliners were able to pull ahead and win the match.

The second map was another back and forth battle. The Subliners secured a 6-4 victory in Rammaza Search and Destroy and set themselves up for a full sweep. Chicago had one last chance to redeem themselves in Domination on Hackney Yard, but they could not regroup and shift momentum. Chicago kept the score within 20 points on the final map, but New York still walked away with their first Home Series win with a sweep against one of the best teams in the league.

Call of Duty fans finally got to see the two talented teams go head to head, but it was ultimately a disappointing experience.

I’m preparing my body Huntsmen vs FaZe. I hit the peloton for a 30 min heavy metal climb. I then ordered 3 breakfast tacos and chips & queso for breakfast. I’ve never been more ready for anything in my life.

Atlanta won their first match against the Los Angeles Guerrillas and moved on to face Toronto. The Toronto Ultra continued to prove themselves as a solid team secured a 3-2 victory over Atlanta which sent them to the losers bracket. FaZe had little trouble fighting through the Paris Legion and achieved a swift 3-0 victory.

Chicago went undefeated in Group B against London and New York which allowed them to finally face Atlanta. This was the most anticipated match of the weekend, but almost all fans were disappointed with the outcome.

Chicago dominated Atlanta Hackney Yard Hardpoint. Atlanta trailed by 90 points and could keep up with Chicago’s dominant respawn performance. Atlanta performed even worse during the St. Petrograd Search and Destroy and only won one round during the match.

Chicago is on 🔥: @Huntsmen are unforgiving on S&D, winning 6-1!@ATLFaZe in danger of being swept going into Domination: https://t.co/zP1TJzKARc#BeTheHunter | #CDL2020 pic.twitter.com/YUp6WyEDNb

Atlanta’s last chance to redeem themselves was in Hackney Yard Domination. FaZe did perform better during this final match and almost forced a fourth map, but they ultimately lost by 17 points.

Many fans expected a brutal game five series from two of the best teams in the league. This did not happen, unfortunately, so fans will have to wait for a rematch to see if FaZe can redeem themselves. 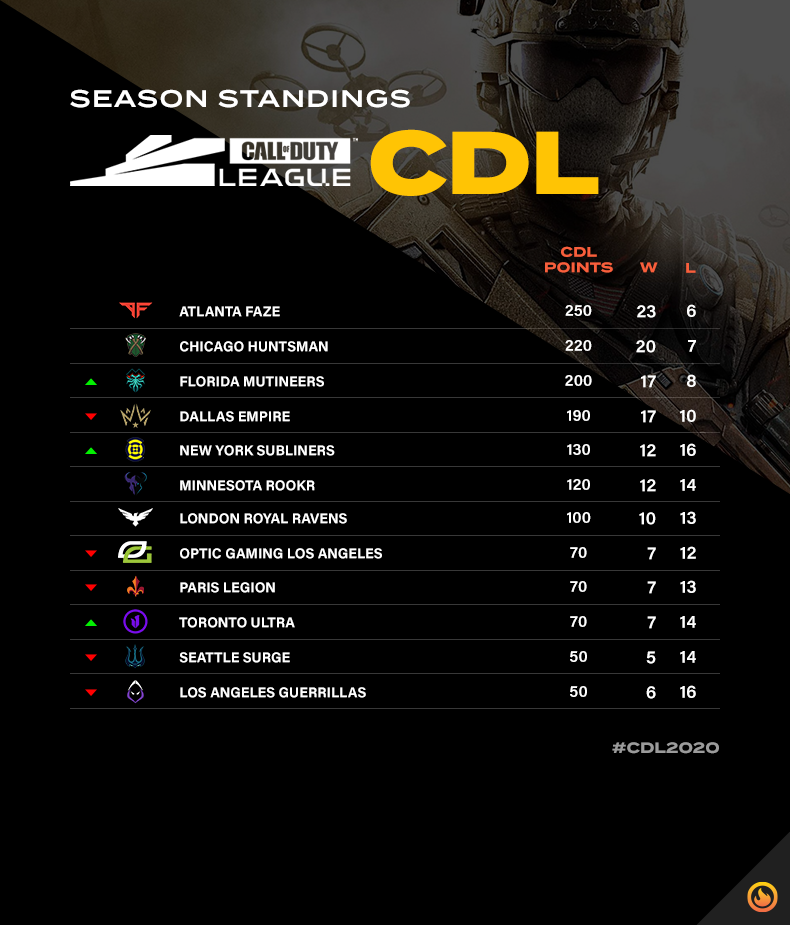 Atlanta might have had a frustrating weekend, but they are still the number one team in the standings with 250 CDL points. Chicago took back their second-place spot from the Florida Mutineers who moved up after their impressive performance at the Paris Home Series.

The New York Subliners jumped two spots in the standings and are now in fifth place with 130 CDL points. Toronto and Paris are tied with OpTic Gaming Los Angeles for eighth place, and Minnesota and London are still in sixth and seventh place respectively.

Fans will not have to wait long for the next Home Series. The New York Subliners, London Royal Ravens, Paris Legion, and Los Angeles Guerillas will compete at the London Royal Ravens Home Series on July 17th-19th. The Subliners will face the Los Angeles Guerillas in their first match on July 17th. You can watch the action live on the official Call of Duty League YouTube channel.