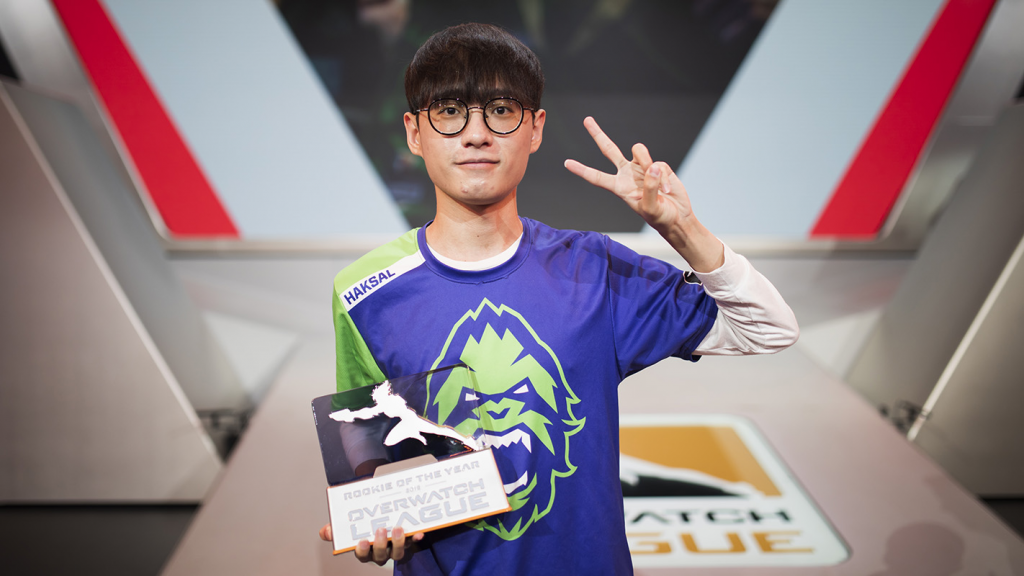 Haksal was the rookie of the year in 2019 and is a very strong pick up for the NYXL. (Photo courtesy Blizzard)

The New York Excelsior announced on Friday that they have signed former Titan’s Flex DPS player, Hyojong “Haksal” Kim. Haksal was the Overwatch League Rookie of the Year in 2019 and is widely considered one of the strongest Flex DPS players in the world.

The 2019 Rookie of the Year has a new home. Please join us in welcoming @RunawayHaksal2 to the Big Apple. #Andbox #EverUpward pic.twitter.com/jIoxYpiYOX

“I hope all the New York fans like me,” Haksal stated in a Tweet. “I will continue to work hard to show my great performances to Everyone! Please give us lots of support and we will win this season’s grand final!”

Hello everyone, this is Haksal who newly joined the team!
I hope all the New York fans like me. I will continue to work hard to show my great performances to everyone!
Please give lots of support and I will win this season grand final!! https://t.co/ezg3cjI2cz

The Korean player should feel right at home with the NYXL’s all Korean roster. The NYXL are currently competing in the Asian Pacific region, having relocated to Korea in response to the ongoing global pandemic. Haksal joins the NYXL’s already stacked DPS lineup, which includes Hae-seong “Libero” Kim and Seung-jun “WhoRU” Lee.

Haksal started his career with the Korean Contenders Runaway team in 2017. Haksal joined the Overwatch League alongside the rest of the Runaway roster in 2018, after the Titan’s signed their entire lineup. While playing for the Titans, Haksal became a key factor in their Overwatch League Season 2 success.

Led by Haksal’s exceptional DPS skills on Genji and Doomfist, the Vancouver Titans managed to go 25-3 and earn the #1 seed in the Season 2 playoffs. Although they ended up losing the Season 2 Grand Final match to the San Francisco Shock, they were otherwise dominant throughout the season including winning the Stage 1 Playoffs in March of 2019. After Season 2, Haksal went on to compete for the Korean Overwatch World Cup team in November of 2019.

Haksal is the latest former Titan player to find a new home in the Overwatch League, after the Titans released their entire roster and coaching staff in early May. Choong-hui “Stitch” Lee and Hyeon-woo “JJANU” Choi were recently signed to long term contracts with the Justice. Sung-jun “SLIME” Kim was signed by the Seoul Dynasty. Finally, Jooseok “Twilight” Lee recently joined the San Francisco Shock.

The Overwatch League will return to competition on June 13th.