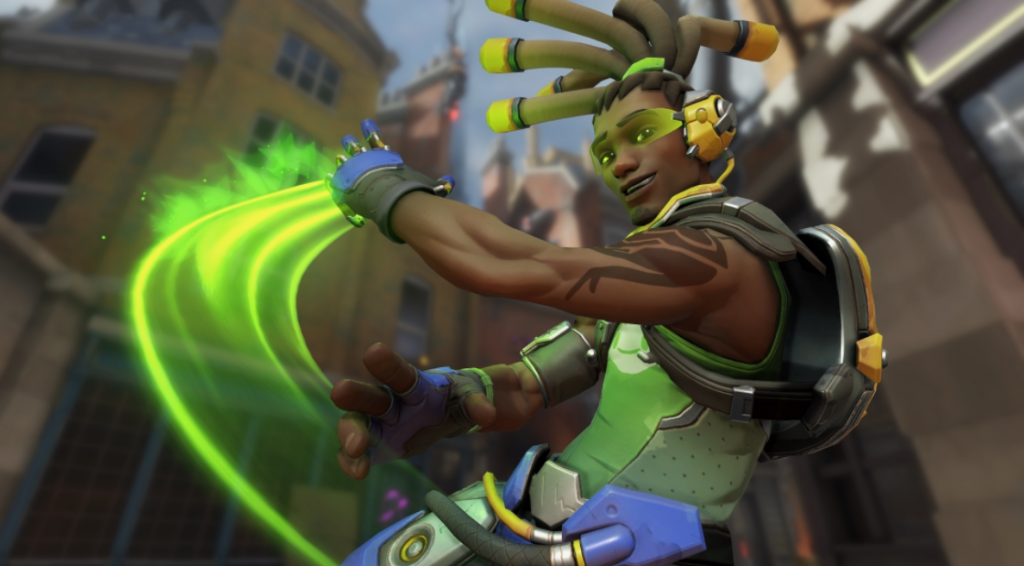 The Overwatch Development team released a new patch to retail servers on Tuesday. The patch included two key hero buffs, a new Competitive No Limits mode, and a new minimum latency support option for custom games. The update also introduced the Symmetra’s Restoration Challenge which allows players to unlock Symmetra cosmetics and will be available through November 30th.

Baptiste saw the width of his ultimate ability, Amplification Matrix, increased from five meters to nine meters. This Baptiste buff was tested in the experimental patch in late October, but was excluded from the last update. After some further consideration, it appears the Overwatch developers decided to release the buff to live servers after all. The wider Amplification Matrix makes his ultimate much more useful, since teams will no longer have to gather into a tight bunch to take advantage of the ability. 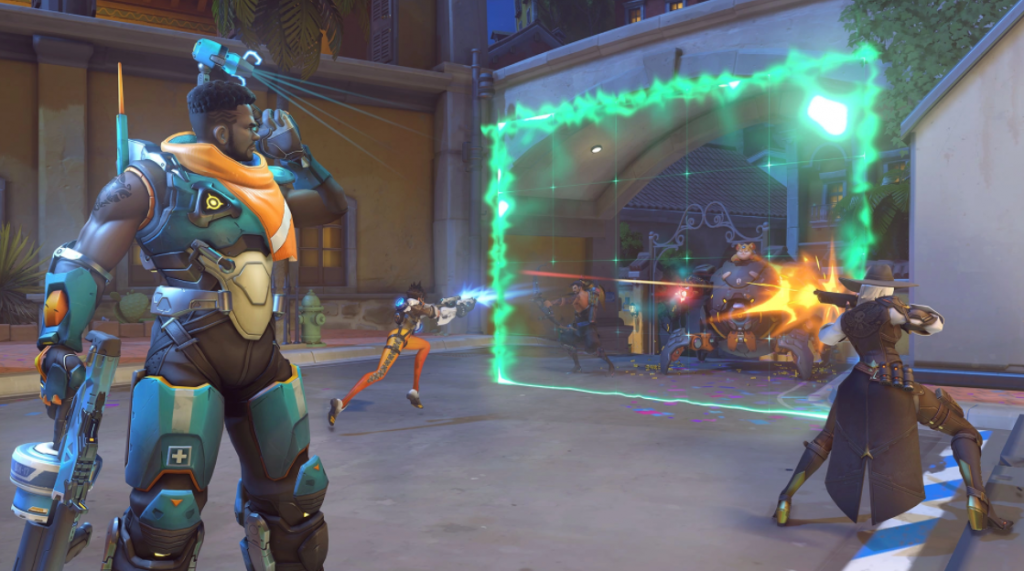 The developers added a new option for Lucio’s Wall Ride ability in Tuesday’s patch. Going forward, by default Lucio will perform his Wall Jump boost off the wall after releasing the jump button. Previously, Lucio players had to hit the jump button a second time immediately after leaving the wall to achieve the extra distance. With the new setting enabled, Lucio will also be able to cancel his wallride jump by pressing Crouch while on the wall, though you will still be able to accrue the jump boost if you release the jump button within .2 seconds of crouching. Players are able to change the setting back to the original controls in Lucio’s setting page under “Wall Jump On Release.”

In short, this is an optional quality of life change that should make it slightly easier to control when and how you use Lucio’s jump boost off the wall. However, those with muscle memory for Lucio can still use the old setting if they wish.

The developers released a new feature for Custom Games called Minimum Latency Support. The feature is designed to improve the fairness of online competitions, particularly community-driven tournaments hosted on Overwatch servers. This feature will not apply to Quick Play or Competitive modes, it will only be available as an option in Custom Games.

“Competition is at its best when it’s fair,” explained the developers in the patch notes. “Historically, we’ve run tournament events like the Overwatch League and the Overwatch World Cup with teams competing head to head, in person, with local servers to provide the lowest possible latency and the best player experience. In today’s world, with so many events and tournaments moving online and teams spread across the world, we wanted to provide a mechanism to ensure that the experience is as fair as possible, regardless of how close the teams are to the tournament’s servers.”

Under the new system, hosts of Custom Games will be able to set a target latency for all the players in the server. Players who have a better latency than what is set will receive artificial network delay to level them out to the same latency as the set minimum. This new feature is a form of latency compensation that can help level the playing field for online competitive matches, thus improving the overall fairness of the game.

A Competitive No Limits mode is now available to play under the Arcade card in Overwatch. This mode harkens back to the early days of Overwatch, before both Role Lock and Hero Lock were introduced, when players could select any hero regardless of role or whether another teammate was playing that hero. This version of Overwatch was hectic and allows for some truly unique strategies if your team is creative enough.

Like the other competitive modes which show up in the arcade, it is probable that this mode will only be around for a limited time. So if you are a big fan of No Limits, or want to relive the glory days of early Overwatch, you might want to check this new mode out before it goes away.

Welcome to my reality.

Additional Symmetra and Zenyatta Sprays can be unlocked by watching qualified Overwatch streamers on Twitch, with a total of six sprays available for viewers who watch at least six hours of Overwatch streams. To receive the Twitch Drop cosmetics, you will have to connect your Twitch account to your Blizzard account.

All of the cosmetics in this event are based on the recently released Overwatch short story “Stone by Stone”, which was written by Christie Golden and focuses on the backstory of Zenyatta and Symmetra.